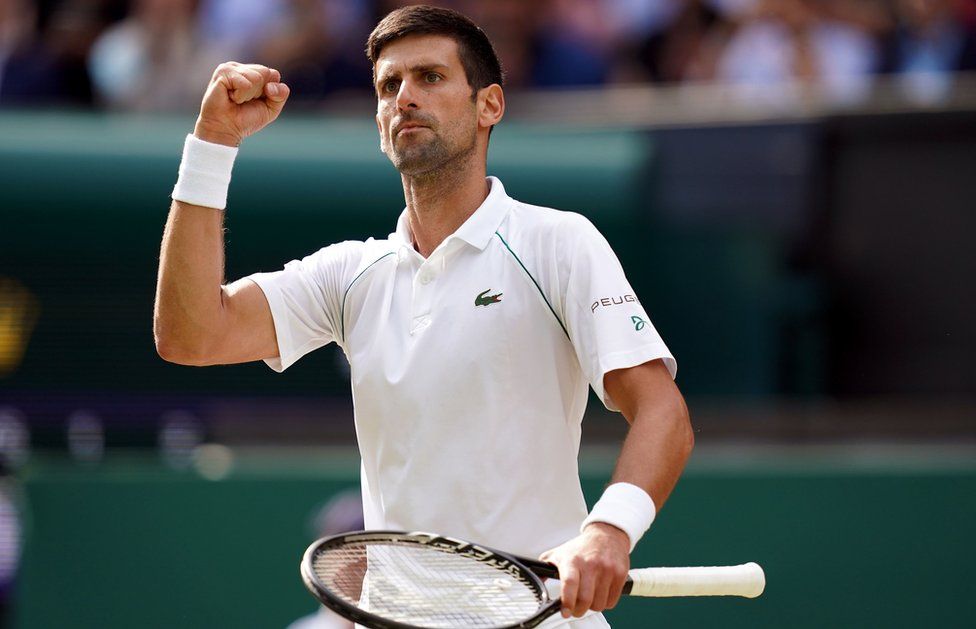 For most of us, Covid is no longer something that we have to think about day after day. Likely for mostly political reasons, the fear has been allowed to subside, and life has begun to get back to normal. The focus is off of healthscare and on to a skyrocketing cost of living.

But make no mistake, injustice is still being done in the name of Covid, and one of its victims is professional tennis player, Novak Djokovic.

Djokovic is a 35 year old Serbian tennis legend, currently ranked number seven in the world for tennis singles matches, but until recently holding the number one spot for 373 weeks. He holds the record for the most season finishes ranked number one, totaling seven and for the most wins against top ten ranked players: 232.

He has been called the greatest of all time by people with the experience to make such judgments, like former world number one, Pete Sampras.

Djokovic is fresh off his seventh career Wimbledon Championship win – his fourth consecutive – and the US Open Tennis Championships should be next on his agenda, except that he’s currently not allowed to enter the country.

The reason is, to the consternation of many, Novak has resolutely refused to take a Covid-19 vaccine. Already this year, he was deported from Australia hours before the Australian Open began due to his vaccination status. He is now prepared to miss another major competition to protect both his health and his principles.

In a February interview with the BBC, Djokovic said he supported the “freedom to choose what you put into your body.” He went on to say that “I understand that, not being vaccinated today, I am unable to travel to most of the tournaments at the moment… that is the price that I’m willing to pay.”

The interviewer then asked him if he was willing to “forgo being the greatest player that ever picked up a racket, statistically, because you feel so strongly about this jab?” This is not hyperbole, that’s a very real possibility for Djokovic. Yet, he simply answered, “yes.”

When pressed as to why, Djokovic replied, “because the principles of decision making on my body are more important than any title.”

All of this came into the news again recently, when Novak, for sticking to this principle, was labeled an “anti-vax posterboy” by a prominent writer, Ben Rothenberg, for Racquet – a tennis magazine.

But Novak Djokovic is not “anti-vax.” Like many of us, he’s anti-THIS-vax, although he says he keeps an open mind to new information.

Isn’t it incredible, how any advertisement you might see for any other medication on television ends with, “talk to your doctor and see if ___ is right for you,” but this drug is promoted as universally good for everyone. Even an elite athlete like Djokovic who is aware of everything that’s in what he fuels his body with – even the water he drinks, he says in the interview – is not allowed to question whether or not the risks of this medicine outweigh the rewards. In his, and many of our own estimations, they do not.

And for this, he is barred from playing the sport he excels at and his name is trashed in the press.

While the Covid issue simmers on the back burner leading up to the midterms, Novak Djokovic’s situation reminds us that it has not yet been scraped out of the pan into the trash where it belongs. The injustices that occurred in its name have not been made right and are still ongoing. It is still being used to punish people who dare to question government’s absolute authority.

The pandemic tool is still in the belt of authoritarians looking for a means of control. Let us learn from Novak Djokovic and stay ready to stand on principle.