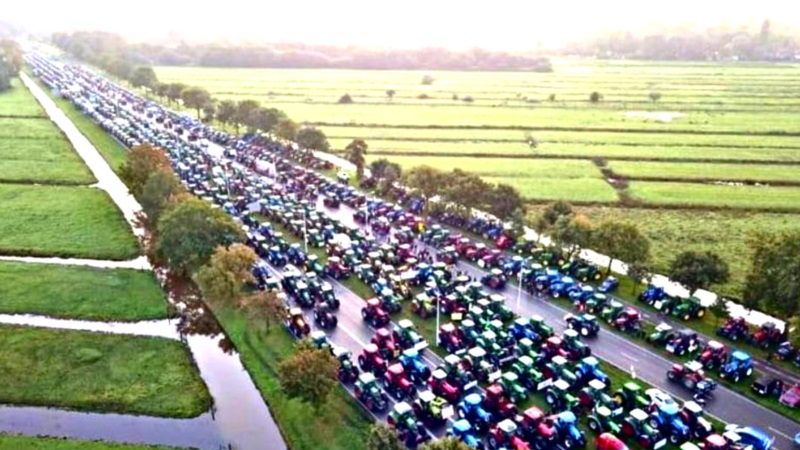 Although it feels as if it’s been years already, it’s only a matter of months since the Canadian trucker convoy protested ridiculous vaccine mandates by locking down the city of Ottawa for three weeks, resulting in heavily armed police pushing peaceful protestors out of the streets and, unbelievably, the freezing of the bank accounts of the movement’s financial supporters as well as government seizure of protestors’ fuel.

Here in the US, we watched our northern neighbors closely. Canada dropped the vaccine mandate for truckers, but the protestors stayed to exhibit their grievance towards other Covid-inspired government over reach, and it seemed for a moment as if a North American Tiananmen Square was looming, until the Canadian prime minister suddenly relinquished his use of emergency powers before the Canadian parliament could strip them from him.

All of this was happening while the rest of the world was already relaxing Covid restrictions. As Canada followed the world’s lead, the protestors have let the issue rest.

But Americans were not the only ones paying attention. Dutch farmers not only have followed the “Freedom Convoy’s” example, they’ve kicked it up several notches.

The Dutch government, in line with seemingly all Western governments in our day, is prioritizing global environmental goals over the well-being of their own citizenry.

According to ABC News, “The ruling coalition wants to cut emissions of pollutants, predominantly nitrogen oxide and ammonia, by 50% nationwide by 2030… ‘The honest message … is that not all farmers can continue their business,’ and those who do will likely have to farm differently, the government said in a statement this month as it unveiled emission reduction targets.”

Dutch farmers’ reply is that if “not all farmers can continue their business” then politicians can find another way to get food. As a means of protest, tractors are blocking the nation’s highways, distribution centers, and even airports. Commercial fishermen are joining in as well, blocking ports with their boats. Videos are circulating of hay bales burning alongside the roads, loads of manure blocking traffic and being sprayed on government buildings, harvesters blowing hay into officials’ yards, and even police cars being flipped. Earlier this week, police even fired “warning shots” in response, the result being one tractor – whose driver was only 16 years’ old – sporting a bullet hole.

Many of the farmers protesting have cited the Canadian trucker protest as inspiration, but they’re not the only ones getting ideas from overseas. Just as the truckers’ antagonist, Prime Minister Justin Trudeau, has deep ties to Klaus Schwabb’s World Economic Forum, the Dutch Prime Minister, Mark Rutte, is similarly connected. He’s presented at multiple WEF Davos summits and taken part in writing their agenda, and just last year at the Davos Summit, he committed the Netherlands to being the host of a new global agriculture initiative for more sustainable farming.

So why, when food prices around the globe are on the raise, and your nation is one of the top –and most efficient – food exporters on the planet would you insist on producing LESS food?

Perhaps Theo De Jager, President of the World Farmers’ Organization, one of Rutte’s partners at WEF can give a hint from his statement in a WEF press release, “Farmers are innovators by nature and necessity and have innovative solutions that have survived for centuries.” Necessity is the mother of invention. How better to drive innovation than to create necessity? It is the same strategy being used to drive the switch to “green” energy. If you can’t afford gas, you must switch to the alternative. When the grocery store shelves are empty, we’ll have to switch to a new “food system,” which uses fewer fossil fuels and produces less greenhouse gas.

But, farmers around the world are onto them. The Dutch protestors have been joined by farmers in Italy, Germany, and Poland, many of whom have taken to the streets to stand in solidarity with their Dutch counterparts.

Of any industry, farmers are used to government manipulation. If they’re like American farms, they’ve been incentivized to produce certain crops and penalized when they’ve produced too much. They’ve needed funding when they can’t get it and had it when they don’t need it. They can smell government meddling a mile away.

Farmers today are not only at the front of the supply line, they’re on the frontlines of individual liberty and national sovereignty. We must pray that they stand strong.