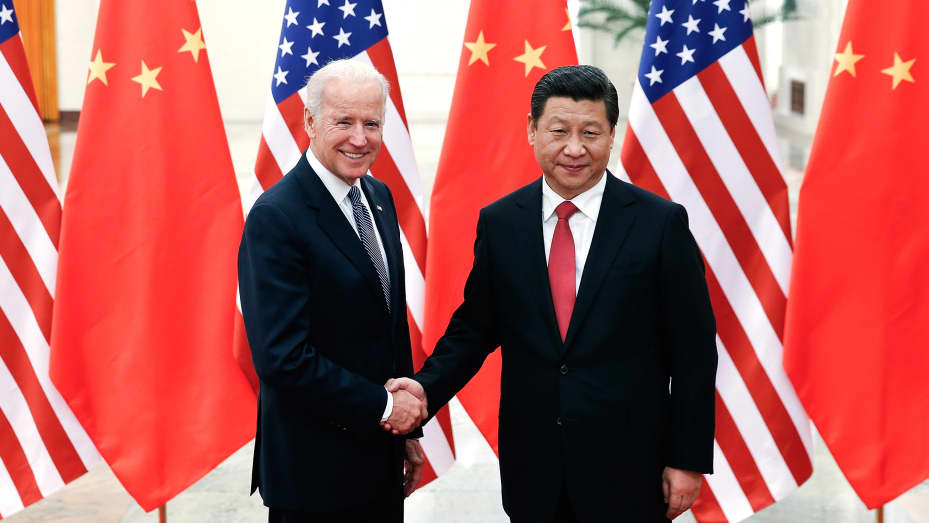 China’s Ambition the Destruction of America: A Critical Voting Issue

NOTE: Before Frank Gaffney’s very important article, we want to remind you of tonight’s prayer meeting and urge you to attend. Calling upon God to rule and overrule, Newaygo County Right to Life is sponsoring a prayer meeting at the American Decency building (203 E. Main, Fremont, MI) at 7:00 PM TONIGHT (11/7). Much is at stake with Proposal 3, either codifying a culture of death if it is passed or safe-guarding our children and parental rights with its rejection. Join us in humble petition before our sovereign God in prayer.

In the upcoming 2022 elections, voters will not just be selecting people to represent them on impending decisions concerning inflation, immigration, and the direction of our country more generally.  The winning candidates may well be required very soon to participate in decisions that will bear on our national security and survival in the face of a mortal threat:  the determined efforts of the Chinese Communist Party (CCP) to decisively defeat our country in the one-sided war it has been waging against us for decades.

The magnitude of this danger is hard to overstate – yet, many Americans aren’t even aware it exists.  And, unless the public becomes knowledgeable about the CCP’s ambitions and what they mean for us, a fleeting opportunity to prepare for what’s headed our way may be squandered.

This article is part of a concerted effort being made by groups like our Committee on the Present Danger:  China and the Association for Mature American Citizens to equip you – and those who want to represent you – with the knowledge to recognize this challenge to ours and future generations and to rise to it as we must.

The Chinese Communist Party is a Monster

Let’s start with a fundamental truth:  In the course of human history, there has never been a more dangerous regime.  That is particularly problematic since the CCP is bent on the domination of not just our country but the entire world.  To calibrate how ominous a prospect that is, let’s consider how the CCP treats its own people.

Over the past seven decades, the Chinese Communists have enslaved not only a number of ethnic minorities, including Uyghur Muslims, Tibetans, Southern Mongolians, and, most recently, the people of Hong Kong; they have also subjected the Han Chinese majority to systematic and severe repression.

In fact, by some estimates, from Mao Tse-tung’s time to now, the CCP has murdered roughly 100 million people in China.  And that doesn’t include the 400 million unborn babies the party boasts of killing as part of its barbaric population-control program instituted to enforce the “One-Child” policy.

Among the techniques used by the Chinese Communists to achieve and maintain the party’s totalization control of a population of some 1.4 billion are engineered mass starvation, serial rape, torture, industrial-grade organ harvesting, persecution of religious communities, slave labor, the incarceration of millions of political prisoners, and genocide.

An essential feature of the CCP’s effective use of such methods to gain and maintain power has been Orwellian mass surveillance.  In recent years, the Chinese Communists have greatly enhanced the comprehensiveness and efficiency of such surveillance by integrating into it many millions of cameras, facial-and gait-recognition, massive data aggregation, artificial intelligence, and quantum computing.  Together, these constitute what is known as the “Social Credit System,” which rewards people for conforming to the party’s dictates and punishes them, for example, by denying opportunities to travel, be employed, have access to bank accounts, educate their children, have housing or buy food.

The CCP’s treatment of the people of China is not just a profound humanitarian concern.  Any regime that brutalizes and even mass murders its own population will do the same, or worse, to others whom they regard as inferior and barbarous – people they hope to enslave.

The CCP’s War on the Rest of the World

And make no mistake, that is what the Communist Chinese have in mind for us, as their leader, XI Jinping, himself has declared this as the object of his “China Dream” of restoring China to its rightful, historic place of tianxia-ruling “all under heaven.”  To that end, the CCP is weaponizing such things as its “United Front Work Department” for exporting Chinese Communism through foreign front organizations; the PRC-dominated World Health Organization and the “China Model” it promoted as a response to the COVID-19 pandemic, including the  insinuation of the Social Credit System, here and elsewhere; a global colonial infrastructure build-out program known as the “Belt and Road Initiative”; the use of Huawei’s 5G networks for espionage and other forms of data collection; utilizing CCP’s platforms like Tik Tok and WeChat to aggregate and mine private information worldwide and to indoctrinate especially impressionable young people; propaganda and other influence operations; and technology theft and other forms of espionage.

Regrettably, the Chinese Communists have gotten away with using these techniques and others to wage what they call “unrestricted warfare” against our country for decades.  They have thus inflicted immense damage here without firing a shot – thanks largely to the CCP’s success in corrupting or otherwise subverting our political, media, academic, cultural, business, and financial elites.

Moreover, in May 2019, the CCP’s main propaganda outlet, People’s Daily, actually declared a “People’s War” against the United States.  And, as an important new study sponsored by our Center for Security Policy recently established, within months, the CCP deliberately unleased a biological warfare attack against this country and indeed, the rest of the world, in the form of the COVID-19 pandemic.  To date, they have killed a million of us.

Worse yet, there is reason to believe the Chinese communists are now preparing to add to such “non-kinetic” kinds of warfare the old-fashioned, violent kind.  The most obvious target is Taiwan, whose freedom the CCP is determined to crush.  But our own assets, personnel, and territory may well be murderously attacked as well.

The upshot of the foregoing, ominous facts is self-evident:  We must make a major course-correction in our dealings with Communist China.  And the 2022 election offers an opportunity to secure the American people’s mandate for such a change – and to get it underway as soon as possible.

Here are seven commitments everyone running for federal – or state-level elective office should be asked to endorse – and held accountable in fulfilling if elected:

Help us spread the word to educate our countrymen and women and to encourage candidates running in this fall’s elections to make these commitments part of their platform by signing up to receive “The Brief” at www.CCPatWar.com.