Movie: God’s Not Dead: We the People 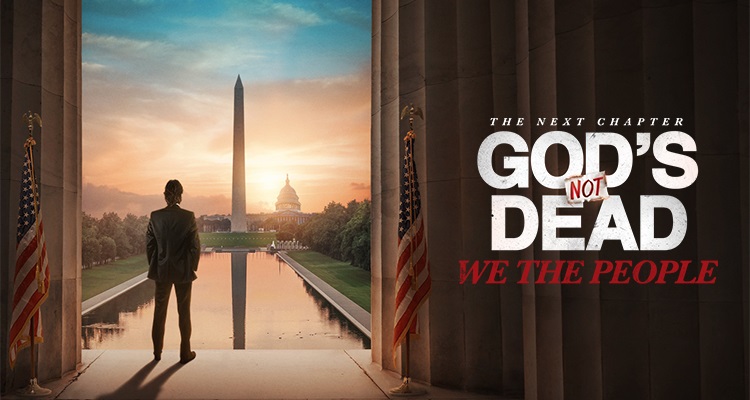 How much can government control us? That question has played out in recent years as we’ve seen a growing encroachment upon our First Amendment freedoms. The film God’s Not Dead: We the People reflects what we’re seeing in our nation and encourages believers to remain strong in the fight to protect their God-given liberty. At the same time, the film demonstrates the faithfulness of God in the midst of the struggles and trials of life.

The God’s Not Dead franchise continues in God’s Not Dead: We the People as Reverend Dave is called to defend a group of Christian homeschooling families. He finds himself taken aback by the interference of the government, and believing that their right to educate their own children is a freedom worth fighting for, Reverend Dave is called to Washington, DC to testify in a landmark congressional hearing that will determine the future of religious freedom. Ultimately, Dave realizes he’s fighting for much more than just the rights of homeschooling, but the foundations of faith, liberty and unity that built America.

To watch this compelling movie, join us on Thursday, October 6 at 7:00 PM at American Decency Association (203 E Main Street, Fremont). You are encouraged to invite your family and friends.