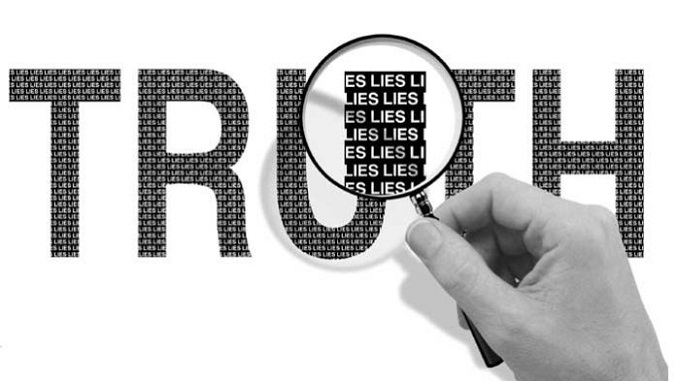 Preparing for Prevarication and Propaganda

As I sat down to write this email alert my eyes were drawn to verbiage that’s to be put on our sign at American Decency Association later today. It reads, “Draw near to God, and He will draw near to you. James 4:8” So let me start with a quick, “Thank you, Lord, for the reminder.” I needed that and my guess is that you will too, either by the time you finish this article or after listening to Mr. Biden’s speech tonight regarding Mar-a-Lago. To truth lovers such a speech will likely be infuriating; but we urge you not to get drawn into violent thought, speech, or action. Instead, draw near to God, keep your mind stayed on Him, and allow His perfect peace which passeth understanding to pervade your soul, mind, and body.

As the Prevaricator-in-chief addresses a nation which he, his administration, and his party has done much to divide, after claiming to have a whole soul for unity, by dehumanizing those who cling to the Truth, the Constitution, and their God given rights, we should expect that what we’ll hear is not likely to be the truth. It’s with great sadness that we’ve watched the Department of Justice and its FBI become politicized and weaponized, fearing that not only former President Trump and “Maga Republicans,” but all freedom loving Americans will be terrorized.

Perhaps no one sums up tonight’s possibilities better than Frank Gaffney in his “Secure Freedom Minute”:

President Biden is expected to use a rare prime time address tonight to reiterate attacks he has repeatedly made in recent days on millions of supporters of Donald Trump’s efforts to Make America Great Again.

Biden’s description of “his Republican MAGA friends” as “semi-fascists” in conjunction with calls to restrict gun ownership and loose talk about an impending “civil war” goes beyond rallying the Democratic base in the run-up to a critical mid-term election. The question occurs: Is all this calculated to provoke people on the right, and provide a pretext for a leftist government to crack down on them?

If so, more than just the prospects for a free and fair election are in jeopardy. A prime beneficiary, as is generally true of Team Biden’s policies, would be a Chinese Communist Party seeking to take down our country.

In preparing for tonight’s speech or in talking with those who believe the “fake news” that will come out of it, we should recognize that there are several tactics used to promote propaganda, corralling minds into stanchions where they can be milked and fed a diet more consistent with the party line.

Redactions and photographs can be used to take innocent things and make them look nefarious or at the very least questionable. For instance, that nothing-burger photo “staged” and released by the FBI was a “photo-op” according to ex-White House aide Kash Patel, stating, “The FBI and DOJ staged a photo op with cover sheets that say material is classified or not. And the cover sheet—just so we’re clear—government agencies use those all the time.”

Another tactic has been laid and played for the last 6-plus years. The Democrat Party has been accusing Trump of so much for so long that “surely there must be something to these things.” What people forget is that it’s been proven false, while much of what Mr. Trump has accused his adversaries of has been proven to be truth.

I urge you to listen to today’s Sandy Rios in the Morning program. If you start at the 18:30 mark, it starts with Fox News personality Ted Williams spreading lies and accusations which are quickly corrected by Mike Davis, founder of the Article 3 Project. The former president has been falsely accused of having nuclear documents; they lied regarding Garland and also that there was no involvement regarding the raid by this administration; and the list goes on. Please listen as Mr. Davis spells these things out plainly and concisely.

Justice is supposed to be blind, not We the People or the defendant. Yet we aren’t allowed to know the details of the warrant; deception and lack of transparency surround this administration and its DOJ/FBI; and with many recent statements coming from the White House and he who sits at its head, we find that instead of unity a continuous fracturing of this republic through threats and fear-mongering are par for the course. Whatever happened to “liberty and justice for all”?

Whether a Trump supporter or not, if you are a freedom loving American who cares for your rights and freedoms, if you don’t submit to whatever this administration commands, if won’t hand over your or your child’s body to be injected by an experimental shot that has proven to do more harm than good (or at the very least has proven to be questionable), then you are a “MAGA Republican.” Do you recall what this “unifier” recently said? “We must be stronger, more determined, and more committed to saving America than the MAGA Republicans [who] are destroying America!”

Be prepared to hear things which will likely make you uncomfortable and could lend to worry. Remember, TRUTH will eventually come out and there WILL BE JUSTICE one day. It may or may not be this side of eternity, but it WILL come. Vengeance belongs to God – not man. Draw near to God and He will draw near to you. So, be in the Word and be in prayer.