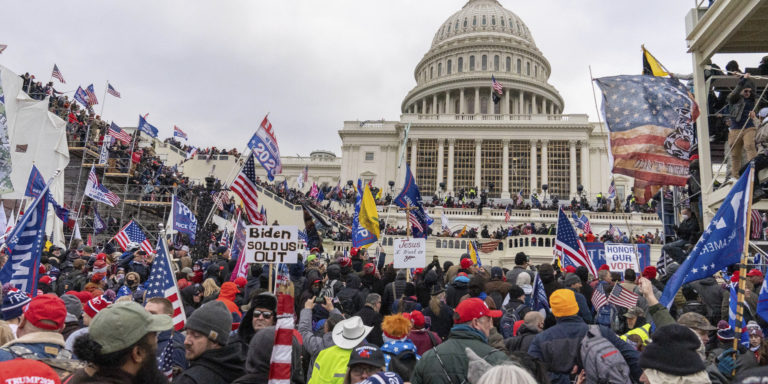 My Take on January 6

Before you leave this email, please click on the video link below to hear what we’re working on for 2022.  https://rumble.com/vs07xx-ada-video-teaser.html

One year ago today I was on a bus with a group of other patriotic Americans whom I’d never met before (besides one friend from church), from Muskegon, MI to the January 6 rally in Washington, DC.

The Epoch Times has an article poignantly titled, “January 6 Narrative Depends on Who Tells the Story.”

“The loudest narrative, the one that demonizes attendees, comes from the federal government, politicians, and many media outlets.

The people who can best tell the other side of the story are still suffering the consequences from that day. Four people, all Donald Trump supporters, died. Some attendees are still in prison, some have been getting visits from the FBI, others have had their reputation smeared for attending.”

I can shed some light on the “right” side of the story, too. Here is my narrative.  The passengers onboard the bus that I traveled on were to rallying to support President Donald Trump and America, after an election which left us with many questions and concerns.  Walking down to the capitol building was secondary in the minds of our group as we traveled to the U.S. Capitol.

It was a cold morning and early afternoon, as the hundreds of thousands of people gathered there in the shadow of the Washington Monument to hear President Donald Trump speak.  Honestly, I was encouraged to see such peacefulness and civility at the rally!  Banners were held up and American flags were prominently waved.  One oddity was that there was a man who was dressed in animal skins and with antlers coming out of his hood as he walked in front of me and by me.  He was peaceful, but it was odd.  I later saw him on the news as the one who went into the House chambers and uttered some expletives to the attending police and stood shouting behind the speaker’s podium.  He was one who was arrested and the last I knew, still behind bars in the capitol jail.

I did walk to and from the capitol by myself, wanting to see for myself what would take place.  I was mostly concerned that the meeting inside the capitol by U.S. Congress would be conducted fairly and that a fair and just process would occur that would allow for states to ask for a several day delay certifying their vote results as there was controversy and uncertainty that the votes tallied and counted there were correct.

Then, as I was perhaps 400 yards from the U.S Capitol, I witnessed a police car speed by with siren blaring and lights aglow.  This was followed by another and another and police on motorcycles as well.  My interest and concern was peaked.  I sought news on my cell phone and found that coverage was non-existent. I tried to call back home to check with ADA staff to see what the news was from Washington, but there was no signal.  The internet was overwhelmed with people and so it was throughout the afternoon.

I could see a large number of people gathered on the steps of the capitol.  Now, a year later, I have sifted through the news and various accounts, viewed video clips, read how a number of people were arrested and jailed.  I have seen how our federal government put up a massive fence to cordon off the capitol from the insurrection (I would add the concocted insurrections).

Today, on mainstream media, we are going to hear their narrative of this massive “insurrection”.  It will be solemn by design.  I heard one report yesterday that the American people have moved on from this, but the narrative shapers don’t want to leave it because they are still using it to shape our perspectives: that there are insurrectionists in our midst; that the rally was rife with killings and brutality and that Trump voters pose a threat to the U.S. Constitution and to the American citizen.

Already, the administration and its allies have compared it to Pearl Harbor and 9/11!

But, there is also a different narrative – supported by video evidence- that operatives were there stirring the crowd – “Go into the capitol!  Go into the capitol!”  – opening the doors, breaking in windows, and ushering rioters in, in at least one case while protestors were physically holding them back, trying to restrain them.  That narrative suggests that the rally was hi-jacked by other forces.

Regardless of which narrative is accurate, how is it that the true rioters of BLM and Antifa that ransacked stores, burned down buildings and federal offices in major cities like Portland, Oregon, Seattle, Chicago, Minneapolis and elsewhere were sometimes arrested, but released within days with no charges. In fact our current vice President encouraged people to contribute to the rioters’ bail fund! Yet, this leftist violence, which caused far more damage is ignored by federal law enforcement.

As I personally walked those streets, I did not witness lawlessness and violence, no matter what was happening at the capitol building. The fact is that there were tens of thousands of people there; some governed by Biblical principles, some only by their frustrations, some just caught up in the excitement. But anybody saying that everyone there had the same thing in mind is either ignorant or uninterested in the truth.  It was anything but a highly organized gathering of insurrectionists.

As the media hypes up the January 6 event, where the only deadly violence occurred against a rioter at the hands of a government agent, and compares it to the 9/11 massacre of 3,000 innocent people, I wanted to let you know about my experience there that day and remind you: if you’re swallowing the media coverage, you’re being lied to.

This is a season of confusion and discord.  There are no easy answers.  May you stand fast in Christ.  Find your answers of how to live moment by moment and day by day in Him.