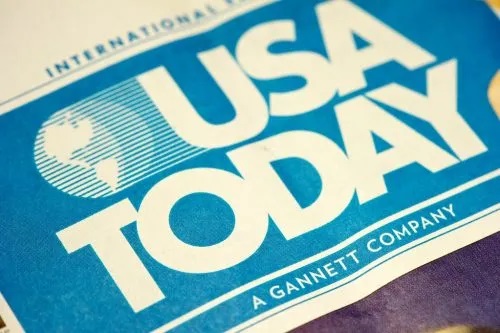 To:   Friends
From:  Bill Johnson
Re:  MAPping USA to Destruction

USA Today  recently ran an article representing pedophilia as “among the most misunderstood” conditions in American society; diminishing pedophilia as inappropriate while promoting the destigmatizing of pedophilia rebranding it as “minor attracted persons,” or MAPS for short.

Regardless the tone of the above mentioned article, normalizing pedophilia is a step in mapping our culture to destruction, even as it impacts, with potential destruction, the 20 % of all girls and 5% of all boys who experience childhood sex abuse. Children are a blessing from God and we should do everything in our power to protect them, nurture them in the fear and admonition of our Lord, and establish them to grow in grace; by which, they will love God with all that they are and others as they love themselves.

Following in the false steps of “science” which leads to the conclusion that homosexuality is genetic or inborn, the article goes on to say that, “One of the most significant findings is that scientists who study the disorder say pedophilia is determined in the womb, though environmental factors may influence whether someone acts on an urge to abuse.”

It continues by quoting, “‘The evidence suggests it is inborn. It’s neurological,’ said James Cantor, a clinical psychologist, sex researcher and former editor-in-chief of, ‘Sexual Abuse: A Journal of Research and Treatment.’”

An article from First Stone Ministries, entitled, “This is the Way God Made Me” A Scientific Examination of Homosexuality and the “Gay Gene”, addresses this topic in regards to homosexuality; it is well documented and I recommend it to your reading. It can be found here. The following two quotes come from it:

“Most of the major science journals reported on the progress in the field of genetics, but also speculated on how the information would now be used. The one piece of information that never materialized from the Human Genome Project was the identification of the so-called “‘gay gene.’” 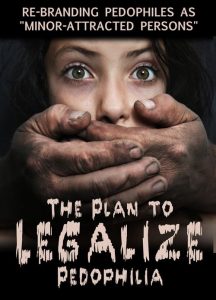 “Charles Mann agreed, stating: ‘Time and time again, scientists have claimed that particular genes or chromosomal regions are associated with behavioral traits, only to withdraw their findings when they were not replicated’ (1994, 264:1687). It appears that the gay gene will be added to this category of unreplicated claims.”

The USA Today article concludes with Anna Salter, “a psychologist, author, and internationally recognized expert”, saying that pedophiles do not choose their attraction; but they can choose to change what they tell themselves. Her suggestion at this kind of self-talk would be:

“It’s a choice to act on child molestation,” she said. “We don’t need to say, ‘Offending isn’t so bad. It really isn’t your fault. … You really couldn’t control it. You are a victim of a punitive society.’ We need to say, ‘Offending is devastating. It damages the lives of victims. It has damaged your life. You can learn to control yourself. You have the capacity to do better.'”

Dear Reader, in truth, the only “cure” for pedophilia, or any sexual sin, is the transforming power and love of Jesus Christ which changes us from within, leading us into a growing faith of heart and life holiness. Jesus alone brings real healing and hope. More than just a song or trite saying, “Jesus IS the answer for the world today. Above Him there’s no other; Jesus IS the way!” Humble yourself and cry out to Him on behalf of yourself, the nation, and the world.