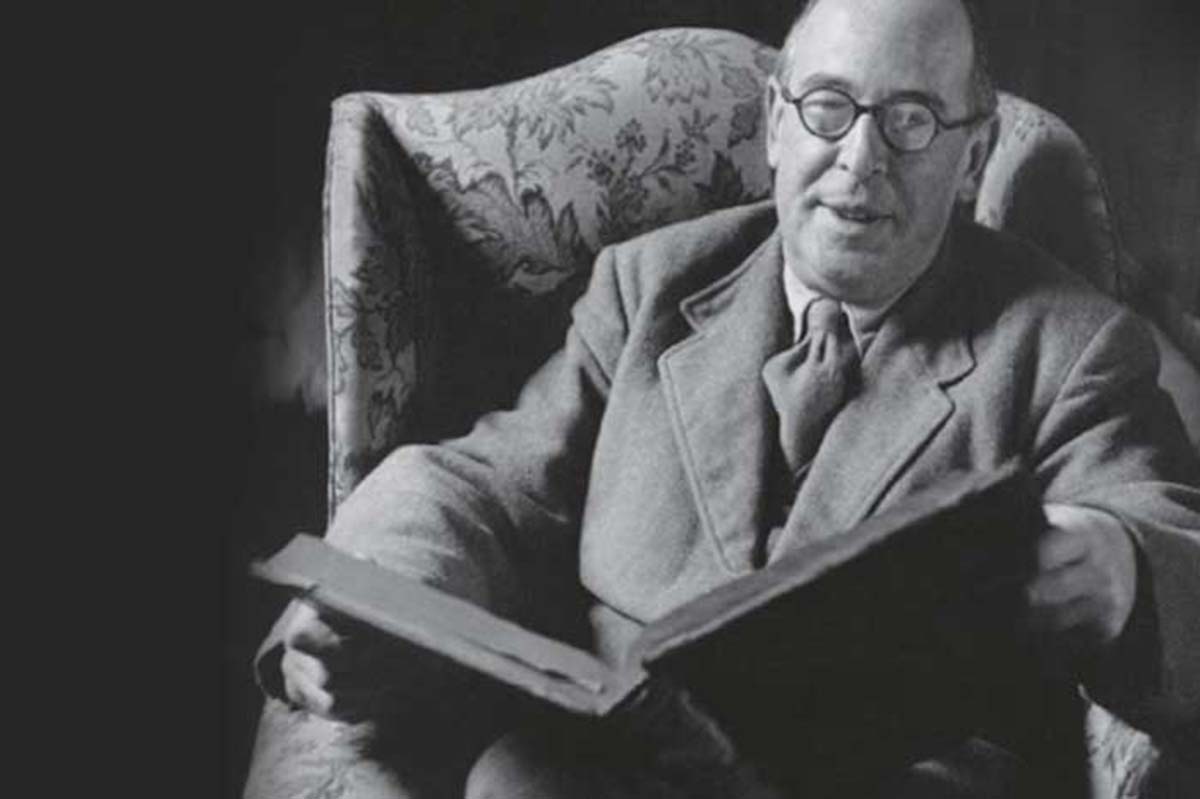 Join us THIS Friday for the Movie: The Most Reluctant Convert

Such men as C.S. Lewis do not come along very often; that being the case a film like The Most Reluctant Convert isn’t made every year. Be sure to join us THIS FRIDAY, January 28, 2022 at 7:00 PM as American Decency (203 E. Main St., Fremont) makes The Most Reluctant Convert available for your viewing. Due to wartime scenes and difficult family relationships this film is NOT recommended for children under the age of 13.

If you’re not familiar with either the man or the writing of C.S. Lewis, he was born in Belfast, Ireland in the year 1898 and died in Oxford, England in the year 1963. His life was a hard one, which the film depicts well, and is likely the reason he was a confirmed and hardened atheist; but then, the grace of God took hold of the mind and life of C.S. Lewis, turning him into a passionate Christian who influenced the world through his many writings. Truly, “NOTHING is impossible with God.” The story of C.S. Lewis’ journey from darkness to light is one that will be beneficial, sometimes challenging, and is a contemporary example which calls us to continue to pray, with faith, that God will save our loved ones into a loving, vibrant relationship with their Creator.

There are two things which are decidedly different from most of the movies and films we have shown in the past. It’s our desire that you won’t let either of them dissuade you from attending this wonderful film THIS FRIDAY. Here they are:

1.  There is a charge of $11 for adults and $9 for children (plus tax and handling of $1.49 per ticket) that is affiliated with this event—we are NOT charging for this event; it comes from the company that is promoting the movie and making it available to venues like ours. BUT DO NOT LET THAT DETER YOU! If you are not able to afford this movie, we will cover the cost for you or cover whatever portion you are unable to pay. Go to https://faithcontentnetwork.brushfire.com/themostreluctantconvert/524808 to get your ticket. Tickets may also be purchased at the door. IF you are needing one of the discounted tickets mentioned above, please either let us know early at Kimberly@americandecency.org or let us know at the door.

2.  C.S. Lewis was an intellectual – a deep thinker – and as this is a story in his own words, detailing his thoughts and life from childhood through conversion, there will naturally be some deeper moments. BUT DO NOT LET THAT DETER YOU! Lewis’ story is a compelling one and Max MacLean’s portrayal of this influential author grips the viewer, taking him/her on that wonderful spiritual journey from atheist to beloved of Christ. Definitely not a snoozer, this film was originally to be shown in theaters across the nation for one night only, last year; but after earning over $1.2 million in box office sales, its one night showing was extended for two more weeks.

Why would we urge people to see this film and even be willing to help pay for tickets? We believe it will be an encouragement to those who attend; and most importantly, as C.S. Lewis glorified God with his transformed life, this film glorifies God in telling his story.

We do trust that you will bring family and friends to join us on January 28 at 7 PM to “meet” the man behind The Chronicles of Narnia, The Screwtape Letters, Perelandra (a space trilogy), and numerous other writings that point to Lewis’ Saviour, Lord, and God.

Go to https://faithcontentnetwork.brushfire.com/themostreluctantconvert/524808 to get your ticket.

To watch the trailer for the film click here.