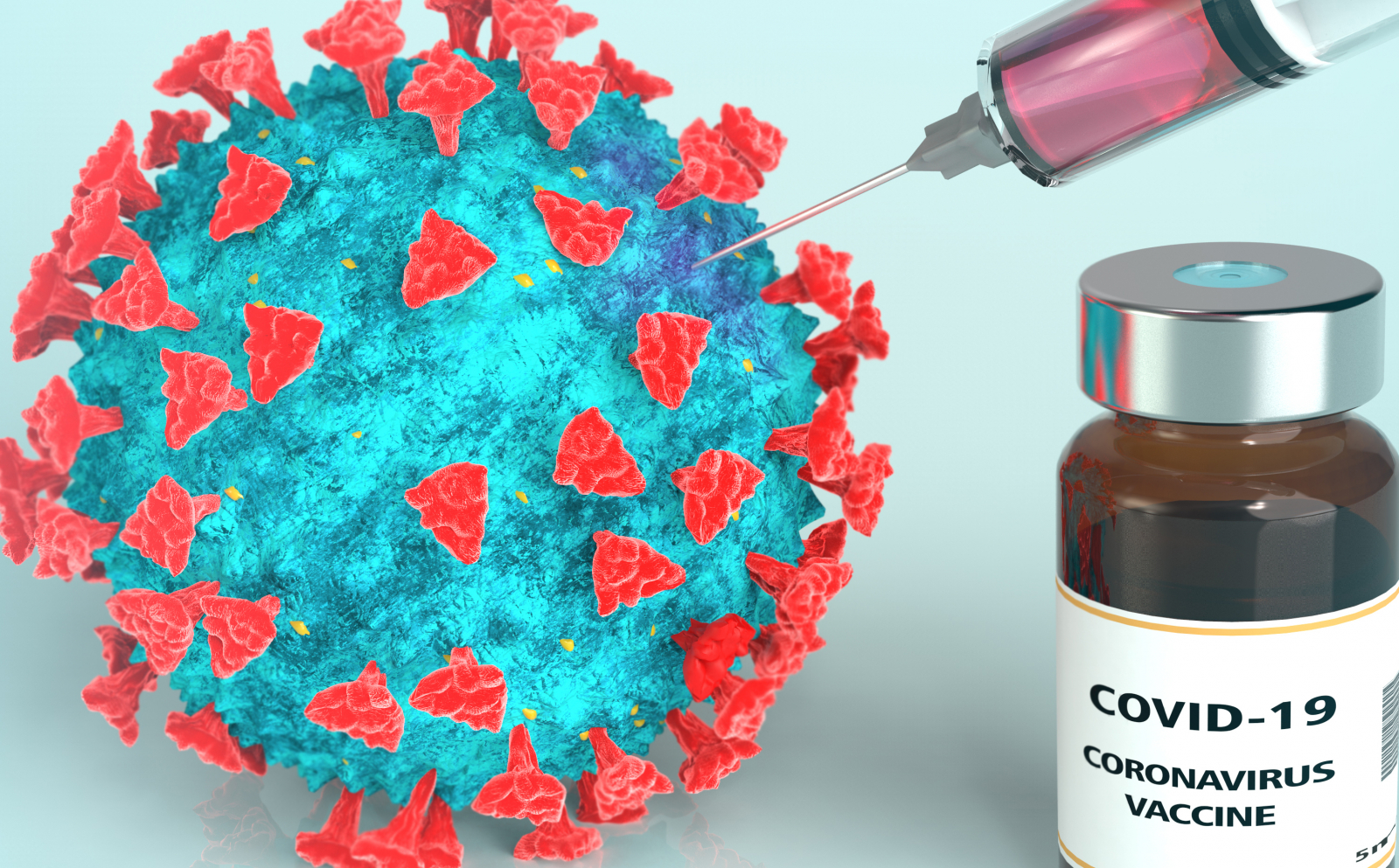 To Be or Not to Be: That is the Vaccination Question

At the end of this first article (Lord willing, part 2 is coming tomorrow) is something you can do to help keep COVID vaccination mandates from coming to Michigan.“Governor Whitmer is now rewarding universities, corporations, and healthcare systems to carry out the mandates that she herself can’t control. We are at a tipping point. The people are the only solution.” Whether you are for or against the COVID vaccine it is our hope that you are pro-freedom and will stand against un-American coercion, incentives, and mandates. As Thomas Paine warned, “He that would make his own liberty secure, must guard even his enemy from opposition; for if he violates this duty he establishes a precedent that will reach himself.” Read to the end for more information on this gene therapy that is being passed off as a safe and effective vaccine, as well as what you can do to keep Michigan free!

Governmental promises were made – if you are vaccinated you won’t get COVIDand you won’t need to wear a mask. Incentivesfrom nearlyevery cornerof society were given. Coercive language and threats were and are being made. With all the aforementioned hype people jumped in line for “the jab.” Some lined up from fear or the promise of a return to normal, others compassionately felt that they should take the “vaccine,” and others believed it was necessary or succumbed to various pressures, bringing the total of “vaccinated” Americans to over 60 percent.

With each new “scariant” (variant), like the Delta and now the Lambda, we are told how important it is for the unvaccinated to give in to the jab and look out for the safety of our neighbors. What we aren’t being told is that while these natural mutations have increased infectivity they are far less lethal, causing far fewer hospitalizations and deaths. Watch as Dr. Victory attests to this fact and promotes natural ways and safer medical alternatives in dealing with corona virus.

There are numbers of healthcare workers, doctors, military, and every day citizens who have looked at the information objectively and still have decided that to get jabbed with an experimental drug for a well-over 99% survivability rate just doesn’t make sense; so, much to the chagrin of this regime, the vaccination process has slowed down considerably. What’s a government to do that is looking for 100% compliance when its “free” people aren’t interested in their “free” vaccine? For starters, more fear mongering and incitement to hatred against the unvaccinated, followed by more threats and mandates.

Mitch McConnells (R-KY) adding to the hysteria and coercion, “These shots need to get in everybody’s arms as rapidly as possible or we´re going to be back in a situation in the fall that we don’t yearn for — that we went through last year.” And Republican governors, like Kay Ivey(AL) have their anti-unvaccinated cries as well. “Folks [are] supposed to have common sense. But it’s time to start blaming the unvaccinated folks, not the regular folks. It’s the unvaccinated folks that are letting us down.”

Let’s not forget the many media outlet figures that are bashing the unvaccinated: Dr. Wen, Geraldo Rivera, and Don Lemmon, who believes that the unvaccinated should be banned from grocery stores, ball games, and offices, to name a few.

With all the shaming, disparagement, and so many authorities telling the public over and again how safe, free, and necessary these “vaccines” are one might begin to question their resolve or even their stance. The above statement is verified by this Daily Caller headline: Vaccine Hesitancy Among Fox News Viewers Hits All-Time Low After Network Promotes The Jab, Poll Finds.

Start by asking yourself why do they push for an experimental drug to be plunged into everyone’s arm (including those who have natural immunity because they had caught it and those who are in an age bracket that have almost no chance of catching or passing it)? Why push this drug and scrub long-standing data on safe already existing drugs such as hydroxychloroquine and ivermectin? Why do nearly all questioning voices and highly respected doctors get deplatformed when they speak out against this experimental drug?

Benjamin Franklin gives us a good answer: “A nation of well informed men who have been taught to know and prize the rights which God has given them cannot be enslaved. It is in the region of ignorance that tyranny begins.” And George Bernard Shaw speaks to the need for our continued resolve: “Liberty means responsibility. That is why most men dread it.”

There are many respected doctors who warn that the COVID “vaccines” are experimental, using a genetic technology never before used on humans, that have never successfully passed animal trials, that is unapproved for the prevention of COVID except as an emergency experiment, and call them “unnecessary, ineffective and unsafe.” The New American (TNA-7/5/21) reports, “Legally, those who get the vaccine are unnamed participants in a Stage IV Food and Drug Administration (FDA) trial.” When we learn that these “vaccines” don’t prevent the transmission of COVID, only lessening the symptoms of it, we must ask ourselves, “Why the massive push to inject everyone?” What is the plan? When one realizes that obesity, not being vaccinated or unvaccinated against COVID, is the number one risk factor for serious complications with COVID, including death, yet they are silent on this point; we know it’s not about our health or safety. So, what is their agenda?

Dr. Peter McCullough points out that “A typical new drug…at about 50 unexplained deaths for a new product, it’s pulled off the market…In the 1976 swine flu pandemic we attempted to vaccinate 55 million Americans. At 25 deaths, the program was killed.” There have been a large number of side-effects experienced by those who have taken the “vaccine,” like bleeding (some severe and even fatal), inflammation of the heart, and evidence that suggests it can cause harm to women’s reproductive systems. According to VAERS (Vaccine Adverse Event Reporting Systems), by the end of May 2021 the number of blood clots and strokes numbered more than 7,500; heart attacks attributed to the “vaccine” were almost 2,000; deaths at that time – 5, 165; and “the CDC admits actual numbers are likely higher due to underreporting. Experts estimate fewer than 10 percent of adverse events are submitted to the voluntary VAERS system. (TNA-7/5/21)” Add to that, these shots can control one’s DNA in ways that we don’t completely understand yet; along with the reminder that the virus itself is about as deadly as the common flu, and we must ask, “Why is this gene therapy still on the market, being passed off as a vaccine, being pushed and coerced by the government, businesses, and Big Tech as safe, effective, and necessary?”

USA Today had reported, “NBC News, citing unnamed officials aware of the decision, reported it comes after new data suggests vaccinated individuals could have higher levels of virus and infect others amid the surge of cases driven by the delta variant of the coronavirus,” and then removedit from the article.

Why are truth-tellers, real and verified scientific information, and real-life results which look out for the good of the public, but run contrary to the pre-approved set of “facts,” being hushed, banned, and vilified? Why is the Constitution able to be put on hold during a time that it is meant to protect the American people and guarantee their rights and freedoms? Edmund Burke explains it well: “The people never give up their liberties but under some delusion.”

Regardless of how this all plays out, we know that God is in control and that our hope truly lies in Christ. That doesn’t negate the fact that we have a responsibility to look for the truth, pray for guidance, and stand firmly upon the Truth. They are spreading hate against the unvaccinated; we who are Christians are called to love our enemies and pray for them. May God help us; at this point, the government is not. Know that you are not alone; continue to stand and to pray for others who have not been deceived, that they might not cave in to the deluge of coerciveness coming our way.

We have shared video and radio links in the past regarding this issue; here are a few more:

The Vaccine Causes The Virus To Be More Dangerous(10 minutes). Dr. Robert Malone, inventor of mRNA Vaccine Technology, shares critical information on the dangers of the COVID-19 vaccine.

They have even gone after Dr. Joseph Mercola, causing him to purge his website of all its articles in the next 48 hours. This 5-minute video explains it.

Dr. Blaylock has an extensive article that speaks of what the public needs to know, including side effects. It’s well documented.

Dr. Peter McCullough speaks on the vaccine and some of the side effects.

Dr. Carrie Madej warns that tampering with the human genome via Covid vaccines could be devastating to both human health and freedom. Although this video sounds more like science fiction than science, there are many other doctors that have given similar warnings. As with everything, don’t check your brain at the door; we have a responsibility to think and research things before accepting or dismissing them. This video was suggested by Curtis Bowers (producer of the Agenda films).

There is something YOU can do.We urge you to join Stand UP Michigan and other freedom-minded individuals to tell Lansing “NO!” to COVID vaccine mandates THIS FRIDAY, August 6, 2021 from 3:00 PM – 5:00 PM on the Lansing Capitol steps. It may cost you a day’s work or interfere with plans or play; but we must show that there are numbers of us who believe in freedom and refuse to be forced into being guinea pigs and lab rats. “Michigan legislators, attorneys, Michigan for Vaccine Choice and Stand UP Michigan leadership will also be speaking and addressing calls to action, next steps, and possible solutions. Stand up now or be controlled forever!” Don’t miss this opportunity to make your choice heard by being visible and encouraging others to stand!

ADA recently had Dr. Christina Parks, molecular biologist, speak on COVID and “vaccinations” and Tammy Clark speak on masking and other personal protection equipment (PPE). This conference is full of important information that uses real science to bring truth to light by dispelling the deception that has been used to move fearful Americans along a line of thought that fits the government’s playbook. Order your DVD set for $10 today to be informed and to inform others by calling 231-924-4050 or email Kimberly@americandecency.org.