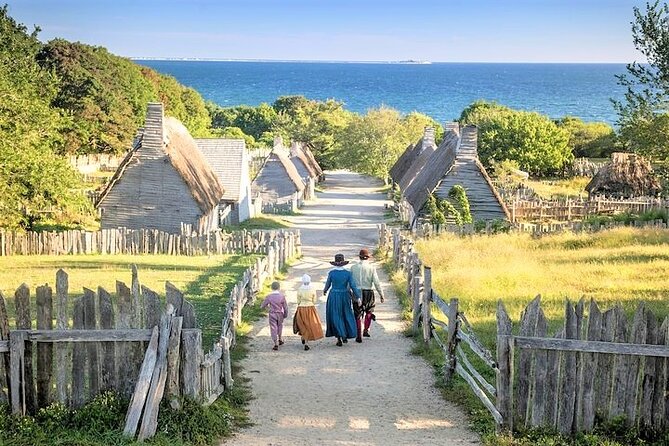 Thanksgiving Then and Now

With tomorrow being Thanksgiving, it is worth remembering the roots of so many of our traditions for the holiday. When I was growing up, Thanksgiving discussions and even decorations revolved around the story of the Pilgrims at Plymouth Rock to a much greater extent than they seems to today.  Nonetheless, everything from the traditional meal to the timing of the holiday itself comes from that first harvest celebration.

We have so much to learn from the Pilgrims who landed at Plymouth Rock. What was their first instinct after a successful and bountiful harvest? Three days of feasting and games dedicated to glorifying God for His blessings.

“Easy for them,” we might say as we observe our culture’s hostility toward our political standpoint. We don’t know what freedoms will be taken away by this time next year, but they had a whole new world ahead of them.

That may have been their perspective, but they knew very well what persecution felt like. Their community had already been run out of two nations because of their religious beliefs.

And they also knew the risks. The Pilgrims set out for the established Colony of Virginia, after all. And they would have known the death toll of the first settlers there. About ten years before, in the Jamestown settlement in 1609, winter descended upon 500 settlers, but only 61 survivors saw the spring. Decades before that, in 1587, a colony had been established in what is now Roanoke, VA. That colony had completely vanished, and in fact historians still can’t say definitively what happened to the settlers.

When the Pilgrims landed on the shores of Massachusetts, greeted only by trees as far as the eye could see, and knowing what the earlier settlers had gone through, they must surely have felt a sense of doom, and indeed a full half of their community died in the first winter.

I think, perhaps, many of us can relate to that sense of doom. In just the past five years we’ve seen sexual perversions become the norm, and rejection of these perversions is the new taboo. We’ve seen religious freedom ramp up, even as our religious institutions cave to the new “morality.” In the past year, we’ve seen immense government overreach. Our economy has been purposely scuttled and efforts to rebuild are sabotaged by government programs, which hold normal life hostage on condition of complete acquiescence to illegal “mandates.”

The pilgrims –city folk, by the way – surrounded as they were by untamed woodlands, having buried half of their friends, their only neighbors speaking a language they could not understand and having who knows what intentions for them, as they established their settlement, could see the hand of God and knew that they owed their survival thus far to Him, even as they could only guess what the following winter would bring.

One settler, Edward Winslow, described the situation of that first Thanksgiving celebration in a way particularly relatable to our time: “although it be not always so plentiful, as it was at this time with us, yet by the goodness of God, we are so far from want, that we often wish you partakers of our plenty.”

Our imaginations of what might go wrong in the future can and often do run wild, but for now, we are blessed with comforts and blessings those settlers couldn’t begin to even dream of.

If they could celebrate their blessings so joyously with grateful hearts, how much more ought we to celebrate God’s blessings?