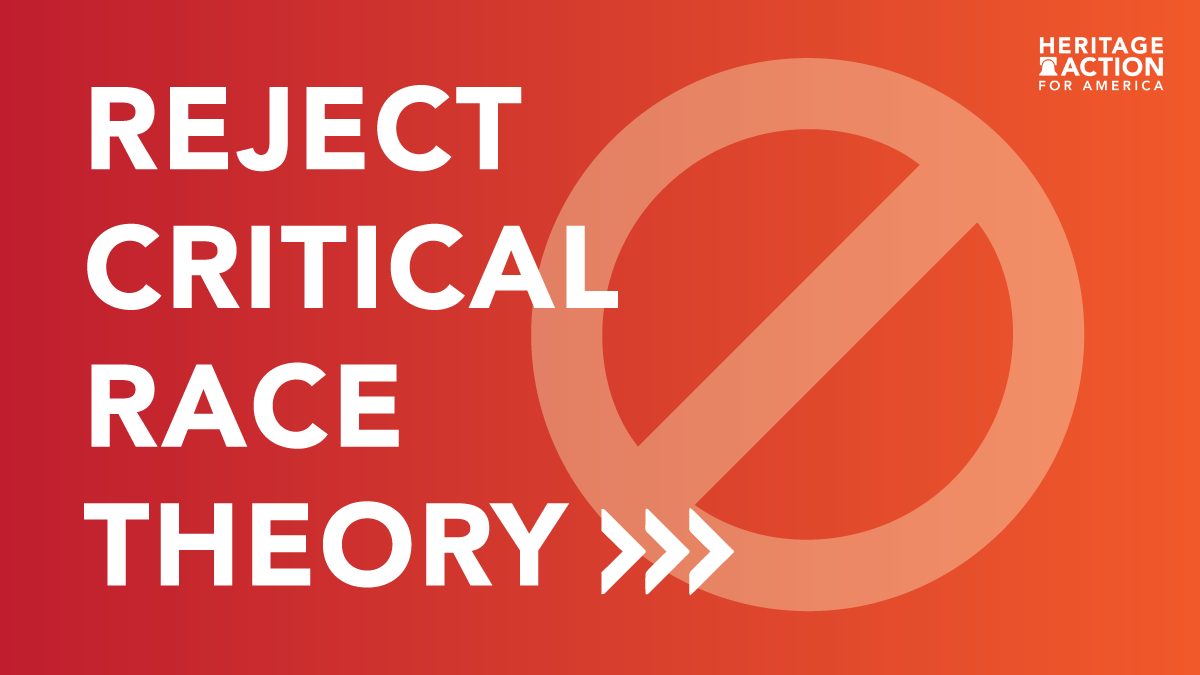 “See to it that no one takes you captive by philosophy and empty deceit, according to human tradition, according to the elemental spirits of the world, and not according to Christ.”  Colossians 2:8

Seemingly overnight, much of our nation has been taken captive by the philosophy of Critical Race Theory (CRT).  CRT, rooted in Marxism, divides people into two groups:  the oppressors and the oppressed.  CRT asserts that all white people are inherently racist and thus oppressors, while non-whites are, by nature of their skin color, victims of white oppression.  According to CRT, every institution founded by white men is systematically racist and must be dismantled, thus we see attacks upon historical figures, the Constitution, capitalism, etc..

Ibram X. Kendi, a leading CRT demagogue, stated, “The only remedy to past discrimination is present discrimination. The only remedy to present discrimination is future discrimination.”  In essence, CRT fights perceived racism by fostering racism and division.  This ideology is now being unleashed in American institutions – in public schools and universities, Democrat-controlled government agencies, and corporate America – as students and employees are forced to undergo “bias training” and make public apologies for their “white privilege.”  CRT is one of the tools Leftists are using to dismantle constitutional America, undermine the ideals of liberty upon which we were founded, and institute a Marxist transformation of our nation.  The neo-Marxist march through America’s secular institutions is nearly complete.

One of the last institutions to fall prey to this dangerous ideology is the U.S. military.  In recent years, progressives have been making their way up the ranks and into the Pentagon while conservative, old school officers have been weeded out.  While I have no doubt that patriotism and love of country still typifies the rank and file of our nation’s fighting force, the leftist takeover of the brass is well underway.  For proof look no further than the recent ouster of Lt. Col. Matthew Lohmeier, commander of the 11th Space Warning Squadron, who recently was relieved of his command for speaking out against the anti-American ideologies of Marxism and Critical Race Theory that are now sweeping through the military.

And for further example of the direction of our military, Nellis Air Force base recently held a Drag Queen show, while at Fort Hood, Army chaplain Andrew Calvert was suspended from duty for expressing on his personal Facebook page his support for a ban on transgenders in the military.   Holding conservative views will now endanger a service member’s career.

Sen. Tom Cotton is raising the alarm that our service members are being indoctrinated with CRT, which teaches that the country they took an oath defend is “a fundamentally racist and evil nation”. Sen. Cotton and Rep. Dan Crenshaw launched a website for service members to report CRT in military trainings and have already received hundreds of whistleblower complaints.  Cotton stated: “One marine told us that …a military history training session was replaced with mandatory training on police brutality, white privilege, and systemic racism. He reported that several officers are now leaving his unit, citing that training.”  Units have been forced to read CRT manifestos while others report of being forced to participate in “a racist exercise called a ‘privilege walk.’

As Sen. Cotton asserts: “By promoting critical race theory, the military is peddling ideological poison that will degrade the cohesion and combat effectiveness of its troops. … We need to teach our young troops … to befriend, fight alongside, and, if necessary, die for their comrades on the battlefield — not to obsess about skin color. Likewise, we need to teach them to revere the Constitution that they swore to protect and defend — not to believe it’s part of a multigenerational racist conspiracy.”

Our military has always been apolitical, however we now see it being weaponized to push a specific political ideology and that is a very dangerous precedent.  As Rep. Mike Rogers stated:  “The United States Armed Forces should be focused on preparing to face and win any battles against the threats posed by China and other foreign adversaries and not imposing political beliefs on those who chose to serve in uniform.”

While China rapidly expands its military strength and becomes increasingly provocative, Defense Secretary Austin and President Biden have declared that our nation’s greatest threat to national security isn’t China – but climate change.  It’s no wonder that simulated war games conducted last fall by the U.S. Air Force showed that the U.S. would easily lose in a war with China over Taiwan. Every scenario in the simulation ended with Chinese missiles raining down on American bases.  As China outpaces us in military advancement, the U.S. military is focused on teaching that America is irredeemably racist.

There is no grace, no forgiveness for past sins with CRT – only capitulation. Yet Christianity offers true redemption not only for the sin of racism, but all sin.  CRT brings division, pitting people against each other.  Christianity teaches that ALL have sinned – the “oppressor” and the “oppressed” – but there is unity found in Christ.  “There is neither Jew nor Greek, there is neither slave nor free, there is no male and female, for you are all one in Christ Jesus.” Gal. 3:28  Christianity teaches that our worth is found not in the color of our skin, but from being created in the image of God.  Therefore, true racism should be opposed and, as we’re commanded, we should act justly and love mercy.  As Christians, we have the solution to the empty and deceitful philosophy of CRT that is spreading throughout our nation.  We need to oppose the lies and share the Truth.