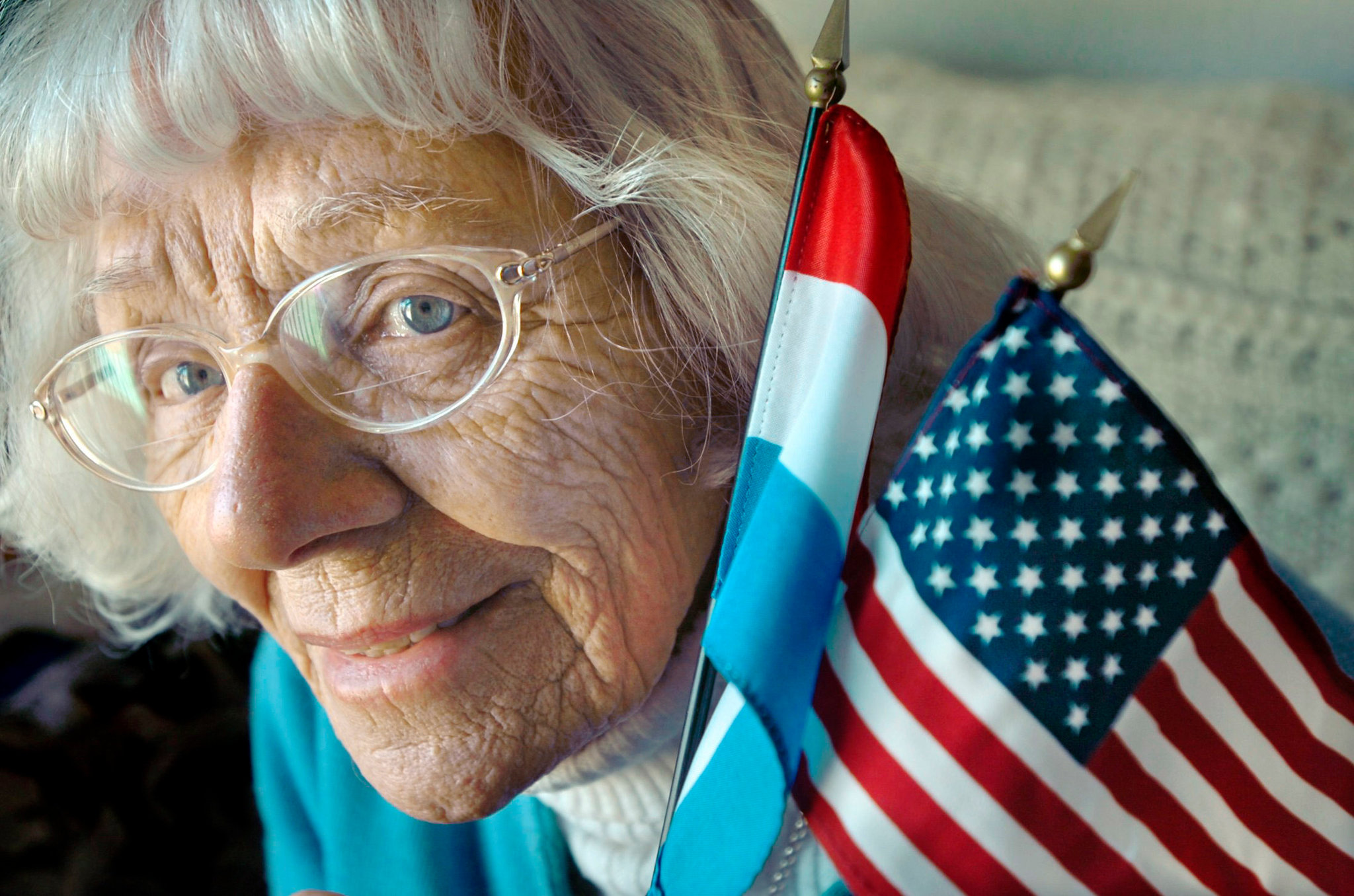 Do you remember Diet Eman, American hero (1920-2019)?  As a Dutch teenager living in the Netherlands, Diet risked her life hiding Jews from Nazi troops.  Against great odds, as a young believer in Christ, Diet had fire in her soul protecting many Jewish lives. Diet was found out, investigated, sentenced and hauled off to Vught concentration camp where she, with Corrie Ten Boom and Corrie’s sister Betsie, witnessed the death and dying of Jews during the holocaust.  You can read about her life in her book “Things We Couldn’t Say.”

Diet combatted Nazism and in later years expressed concern about signs of advancing socialism in America.

Several years ago, we had the privilege and the honor of having Diet speak in our auditorium to a packed crowd of admirers as we also celebrated her 93rd birthday with a birthday cake. She spoke of the threats of that day commenting in passing upon the presidency of President Obama. I asked “Do you see warning signs in America?”  She answered affirmatively. You can view her full presentation here.

A few years after she spoke with us she continued to engage in short-term mission trips in third world countries. One year she fell and broke her leg and yet, true to form, the next year in her 90s she was back ministering again in a third world country.

In our times with Diet she lamented the rapid decline of what had become her beloved America.  She continued to speak and minister whenever and wherever she could warn, while also urging her listeners to find rest in the Lord.  She could not be deterred. She did so much to help people see.

I was noticing in my Bible that my notes said that Diet died on September 3, 2019. The note stated that Psalm 27 was her life verse. The Lord is the stronghold of my life, of whom shall I be afraid.  … One thing have I asked of the Lord that I will seek after: that I may dwell in the house of the Lord all the days of my life, to gaze upon the beauty of the Lord and to inquire in his temple. For he will hide me in his shelter in the day of trouble; he will conceal me under the cover of his tent; he will lift me high upon a rock. Another cultural warrior warning and fighting against Marxism and godlessness was Dr Judith A. Reisman.  Reisman died on April 9th, 2021 just a few days short of her 86th birthday. It’s reported that she was found dead at her desk.  How else would it be?

Despite opposition within the university itself, she produced a damning report under the auspices of the. DOJ’s office of Juvenile Justice and Delinquency Programs. Cowed by the PR onslaught, the media ignored it. The lack of interest wasn’t surprising, given that the media were already corrupt.

Interview requests and teaching opportunities for Mrs. Reisman dropped nearly to nothing, and she was cast as a careless, right-wing fanatic instead of the persistent, fearless academic that she was.

But, Judith fought on with uncommon courage, intelligence, amazing intuition and diligence.  Perhaps even more significant (if that’s possible) was her study and expose of Kinsey’s books on male and female sexuality. One of her books was entitled Kinsey, Sex and Fraud. She discovered through diligent research that Kinsey’s work at Indiana University in the ‘50s was thoroughly fraudulent as Dr. Alfred C. Kinsey studied sex on little children and their response to stimulation, claiming that even young children were capable of sexual response. It was a devastating entree into American academia and the textbooks authored long ago by Kinsey have been adopted as the authority on human sexuality not only at institutions of higher learning, but into middle school classrooms nationwide.

Dr. Reisman told me more than once that if we as Christians (nationwide) were unable to effectively expose Kinsey’s fraud leading to the dismantlement of Kinsey’s claims perpetrated by his text books on male and female sexuality, that the laws of our land would continue to be weakened and would be replaced with  godless laws assaulting the “imago deo” – the image of God – and opening the door to a reprobate America; exchanging the truth for a lie – homosexuality, same-sex marriage, opening bathrooms to males in female bathrooms, trans ideology, gender confusion.

We know, don’t we, that there have been enemies within undermining and degrading us wherever and however they can. These areas of pornography and the assault on the “imago deo” are two of those vital and vulnerable areas where we have been taking a terrible beating for a long time.

We here at ADA are so thankful for God drawing us to Himself, that we walk with Him, that He calls us His own, and defends and feeds us by His Word and Spirit.  We seek by His empowerment to serve on as our dear beloved friends Diet and Judith – God help us!