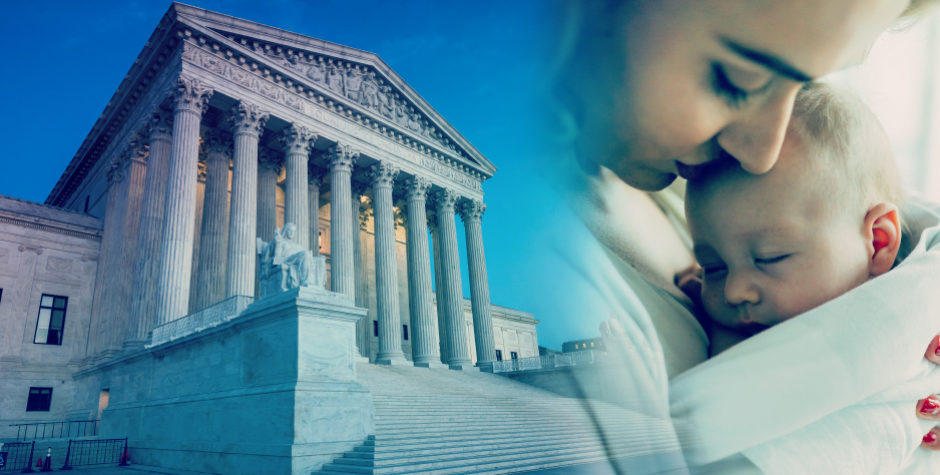 Prayer Guide Enclosed – Pray that Roe would be made right

December 1 is the moment for which pro-life Americans have been praying for and working towards for nearly 50 years – the Supreme Court will hear a case that could overturn Roe v. Wade.  In 1973 the U.S. Supreme Court unconstitutionally invented out of thin air a so-called “right” to abortion.  Since then, over 60 million babies have been murdered in the womb.  With the invention of the ultrasound, pro-abortionists can no longer claim that an unborn baby is “just a clump of tissue.”  As parents joyously post images and video of their unborn babies, we see their features and watch them move.  But we didn’t need ultrasound to affirm that; God’s Word tells us that He knit together each of these image bearers; and it was a fetus who was the first to rejoice at the incarnation of Christ as he leapt within his mother’s womb. Yet in America, a sea turtle egg has more legal protection than an unborn human being.

The case before the Supreme Court is Dobbs v. Jackson Women’s Health Organization, in which the pro-abortion industry is challenging a Mississippi law that bans abortion after 15 weeks of pregnancy. Dobbs is a direct challenge to Roe v. Wade and is considered the best opportunity we’ll have to overturn that judicial fiat which has no constitutional foundation.  Even the president of the pro-abortion Center for Reproductive Rights acknowledges that, stating: “The court cannot uphold this law in Mississippi without overturning Roe’s core holding.” However, if the Supreme Court punts on this issue and upholds Roe, it could easily be decades before we have such an opportunity again.  If Roe is overturned, it doesn’t mean that abortion would become illegal across the nation; rather it would be sent back to the states where it was before Roe. The pro-life movement would then face new challenges to pass strong anti-abortion laws in every state, but at least then, the federal courts couldn’t overrule the will of the people.  That’s great news for the unborn in Michigan, which is the only state in the nation that still has a complete ban of abortion on the books.  That law, dating back to 1846, was never rescinded; however, Roe currently supersedes it.  If Roe is reversed, that 1846 law can go back into effect!

Please join us in praying fervently as the case is heard tomorrow before the Supreme Court.  Below is a prayer guide written by one of our board members to aid in directing your prayers.  We encourage you to share this with family, friends, and your church, urging them to unite in prayer.

May the Holy Spirit’s power and words be given them as they deliberate with their colleagues.