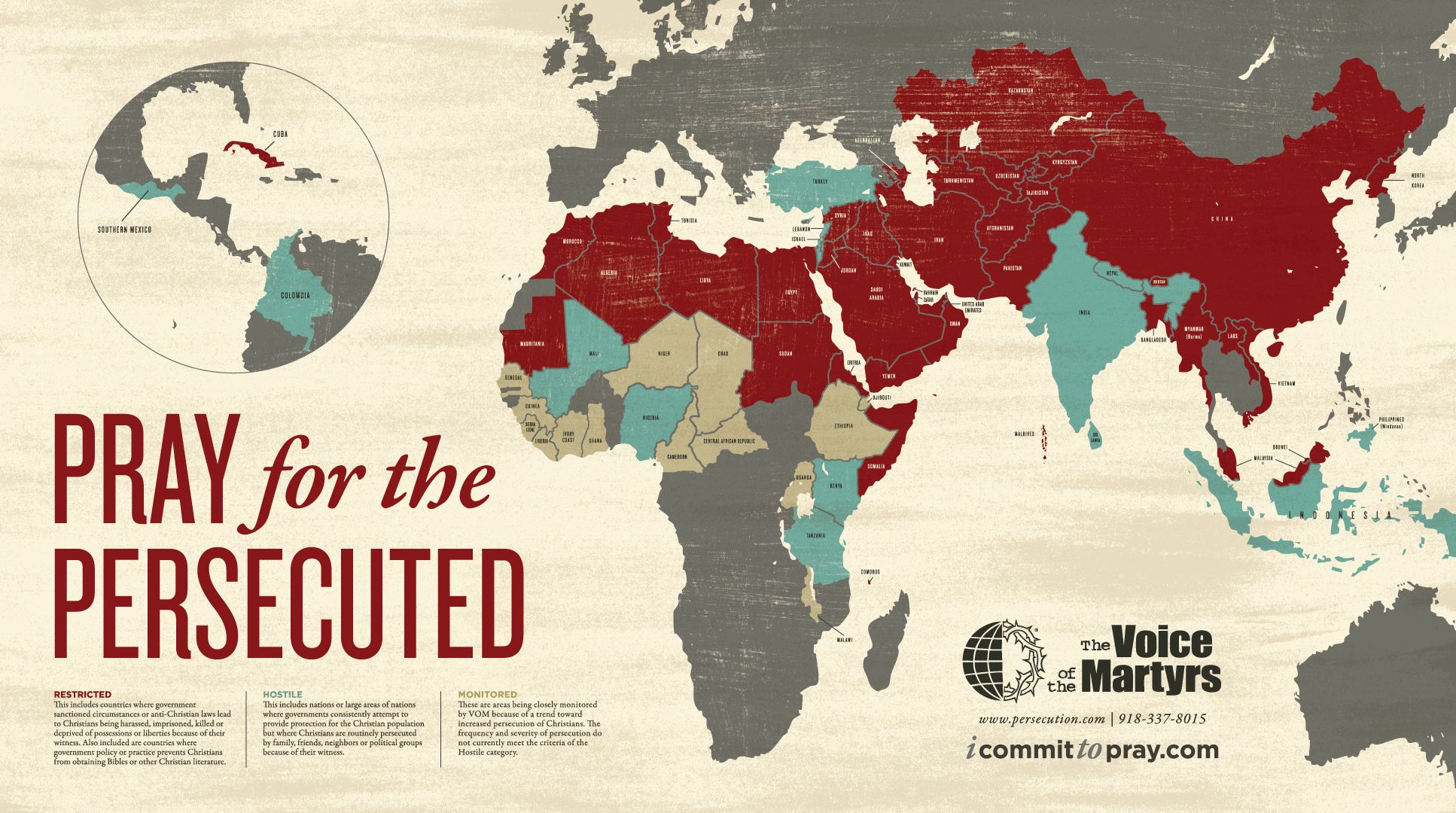 The following article is written by friend and board member Becky De Nooy.  With all the confusion and darkness hitting us from so many angles, this article by Becky produces hope and joy, love and service.  God is and will always be upon the throne and His Word and His Holy Spirit are at work in our hearts and lives.  Sometimes the question is asked: “But, what can we do?”  God will show each of us if we will only ask God to lead us and help us.

I have no greater joy than to hear that my children are walking in the truth(3 John 1:4).

Remember those who are in prison, as though in prison with them…(Hebrews 13:3).

What do you want your kids to love?

My fondest hope is that my kids would treasure Jesus above all, then love His followers and esteem faithfulness and sacrifice.

These aren’t loves this world can teach. And beset by weakness as I am, I hardly know how to teach them either, though I’ve prayed often they would be found in all my children. In His merciful providence, the Lord answered me in a mundane task of motherhood.

We’ve received the Voice of the Martyrs magazine forever, and one issue had articles I thought my kids would like. As I read them aloud—my kids are blind—their hearts were gripped. Thereafter, they would eagerly await the magazine’s arrival, then beg for me to read to them. As I did, I’d describe the photos, paying careful attention to the emotions on the faces of those suffering saints. Their faith through trial was so praiseworthy, and in those blessed discussions, the kids would truly see what was important to God and—I hope—to me.

The magazines encouraged them so profoundly that I began reading them stories of other believers who endured, valuing faith far above life. After Richard Wurmbrand, who counted ministry in a Romanian prison of greater worth than freedom, we moved to Brother Yun, whose imprisonment God used for fearless Gospel witness before both judge and inmate in China. Another book urged us to rise before dawn to read of the devotion of Chinese house church Christians who pray at five o’clock in the morning. That humble devotional also counseled us to insert our own names as we heard of the Suffering Servant in Isaiah 53. “He was wounded for ___’s transgressions, he was bruised for ___’s iniquities…” Many other faith-building reads followed; with believers despised since the time of Christ, we draw from 2,000 years of faithfulness.

As our reading commended the lives of faithful Christians, I saw my kids striving to be faithful Christians. Long after we set those books aside, my kids still yearn to mirror Wurmbrand’s courage and forgiveness, and Yun’s joy and ready witness. They recall how moving it was to use their own names to learn more deeply that by His stripes they have been healed! These testimonies have inspired them to trust and serve God more.

Words do injustice to the joy I feel at the fruit our reading has produced. My kids pray diligently for the persecuted; how could they not? One writes a letter weekly to Christian prisoners, then rejoices with them when she hears of a release. They plead to give their money, then issue sweet reminders until I arrange for their donations. When we organized a collection at church to aid persecuted Christians, my kids seized the project, exuding joy in counting items, purchasing parts we lacked, and packing bags into the early hours of the morning. The kids’ most thrilling day last year was our delivery of 79 filled bags to Voice of the Martyrs; they believed they were doing it for Jesus, and they nearly shook with glee as they carried them in. They still role play the delivery often.

In blessing others, they, too, have been blessed. They met Brother Yun when he came to town, and beamed when he prayed over them. Bob Fu of China Aid met them at a conference, and was so touched by their passion that he sent each a music player of 1,000 Chinese hymns. They prayed for American missionary Pastor Andrew Brunson during his imprisonment in Turkey, then rushed to inform him when we spotted him at a prayer march we attended; he returned their kindness by praying a blessing upon each as she spoke up.

Both Fu’s and Brunson’s books are on our to-read stack. We must read more; the fruit is too sweet to stop! This week five books arrived. When the kids found them and heard the titles, each danced around the kitchen, clutching her favorite and asking about the pictures.

Seeing the flawed earthen vessels God picks to further His kingdom gives them hope that He will use them, too. As we read and talk, their souls are fed, they remember the persecuted as if bound with them, and they count the cost of discipleship. If more overt persecution arises, they’ll remember other believers who have faced it. They know it will be difficult, but they’ve seen that by God’s grace, perseverance is possible, and worth it. Their heroes have shown them that.

There is soul-stirring joy in reading with my kids about what is beautiful to God, then learning later that it opened their eyes wider to the beauty of Christ. As they aspire to follow the small footprints of their heroes inside their Master’s much larger footprints, I’ve seen my efforts to read to them repaid generously.

The Lord answered my prayer in a most gracious way, and my heart bursts with gratitude. While the Bible alone is God’s Word, my kids have seen such a rich picture of the worth of Jesus and gained deep respect for sacrifice through stories of His fallible, but faithful, servants. Reading together enriched us unexpectedly as God opened young hearts to love the things I yearned most for them to love.

There is a worldwide fellowship of believers in Christ, and we see it anew every morning. Others might hear just a simple story time, but in those cherished moments of reading and discussion, a glorious taste of heaven comes to earth around our little table.

We are grateful to God that He has moved on the hearts and minds of our friends, showing us a little of what is inside them. Your notes of encouragement, prayers, and financial support mean so much to us; without them, we wouldn’t be able to do the important work that God has laid upon us.

Won’t you prayerfully seek the Lord’s will to come alongside us again, supporting us in whatever manner you feel led? Thank you.