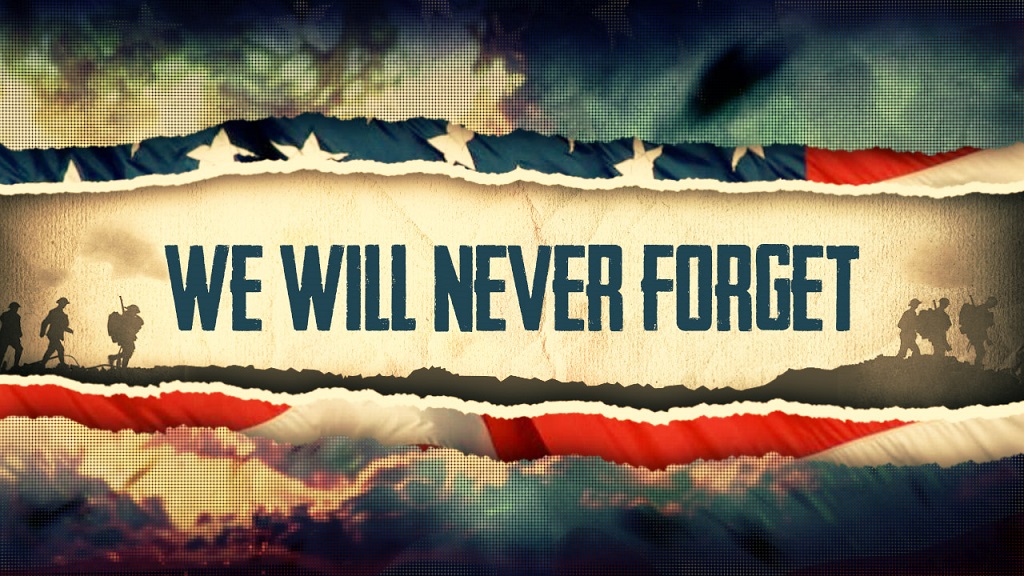 May We “Never Forget”

Twenty years ago on September 11, after the harrowing attack on American soil as the Twin Towers collapsed, many lives stepped from this world into eternity, and families were forever altered.  “We will never forget” was the unified cry across this land.

I wonder what it is exactly that “we will never forget”?

As families hurried back to fill the pews that they had long left vacant, was it God and His goodness and the threat (promise) of judgment that we, as a nation, will never forget? Would we remember that we are to be one nation under God, to have liberty and justice for all? And that liberty and justice are meant to be had on God’s terms, not man’s? As time passed many of those seats would begin to collect dust again, prayers of repentance and pleas for help dwindled, the highest court of this land would “legalize” what the Judge of all the earth said marriage could never be, and many churches deemed that we must obey man rather than God. Truth would be exchanged for feeling and the creature worshiped rather than the Creator. Rational, Biblical thought would give way to a reprobate mindset that clings to chaos and insanity rather than order and sane thinking.

No. It was neither God’s goodness nor the fear of judgment that this nation would never forget.

After witnessing the horrendous deaths of 2,977 victims, the murder-suicide of 19 hijackers/terrorists, and the direct injuries of 6,000 others, was it the preciousness of life that we, as a nation, will never forget? In a nation where we continue to murder 3,000 of our children daily without criminal prosecution because they happen to reside in the womb, with at least partial government funding (that means we are paying for it), there is little hope that we, as a nation, believe in the sanctity of or preciousness of life. Add to that the dehumanizing that is being done to fellow Americans who disagree with masking and experimental gene therapy (aka “vaccination”) and we must sadly admit that no, it wasn’t the preciousness of life that this nation would never forget.

Is it our remarkable Constitution that binds us together under one law, giving strength to the people with freedom and justice while limiting the power of the federal government, complete with three branches meant to hold each other in check and balance, that we, as a nation, will never forget? Would we remember the words of Samuel Adams, “The liberties of our country, the freedom of our civil constitution, are worth defending against all hazards: And it is our duty to defend them against all attacks.”? In the wake of 9-11 the Department of Homeland Security (DHS) was created and has grown into an ever, overreaching, intrusive federal agency that is more like an unleashed guard dog that has free rein and roam instead of a governmental agency that works under the constraints of its enumerated powers. We were given the Transportation Safety Administration (TSA) that took it upon itself to invade personal privacy and treat everyone as though they were a potential enemy of the state. Don’t forget President George W. Bush’s USA Patriot Act (Uniting and Strengthening America by Providing Appropriate Tools Required to Intercept and Obstruct Terrorism). Such tools used against American citizens would include but not be limited to unconstitutional wire-tapping, taking citizens into custody without allowing legal representation and violating their right to due process to name a few. Such unconstitutional measures are neither “appropriate” nor “required,” making the Patriot Act a misnomer and unpatriotic. These and other measures implemented by a Deep State government and accepted by this nation’s people would indicate that no, it’s not our remarkable Constitution that we would never forget.

Recognizing the dangers of Islamic Supremacists and their strict adherence to Shariah law which is diametrically opposed to our Constitution, Christianity (and other religions including atheism), freedom, and women’s rights, maybe we would, as a nation, never forget the dangers that Shariah-compliant Islamists pose to a free world. In the last twenty years we have elected such men and women to our Congress, at times allowed their laws to influence our courts, and have in many public schools taught their precepts while at the same time removing any vestiges of Christianity. No, it’s not the threat of Shariah-compliant Islamists that we will remember. (Let’s do remember that not every person deceived by the false faith of Islam is our enemy; there are many “good” people who are caught up in various forms of deception.)

I could go on with a great number of things that we should remember as we reflect on that pain-filled day twenty years ago; but instead, let us bow our heads and our hearts in humble reverence and repentance to Almighty God, and MAY WE NEVER FORGET that “The fear of the Lord is clean, enduring for ever; the judgments of the Lord are true and righteous altogether.” (Psalm 19:9) If we choose to be willfully ignorant of the snares that lie before us and refuse to walk in the light of His Word; if we continue to give up liberty for a feigned perception of safety; if we will not humble ourselves, pray, turn from our wicked ways, and seek the face of God; we will end up in a place that makes 9-11-01 look like a walk in the park, as horrific, detestable, and sobering as its loss was.