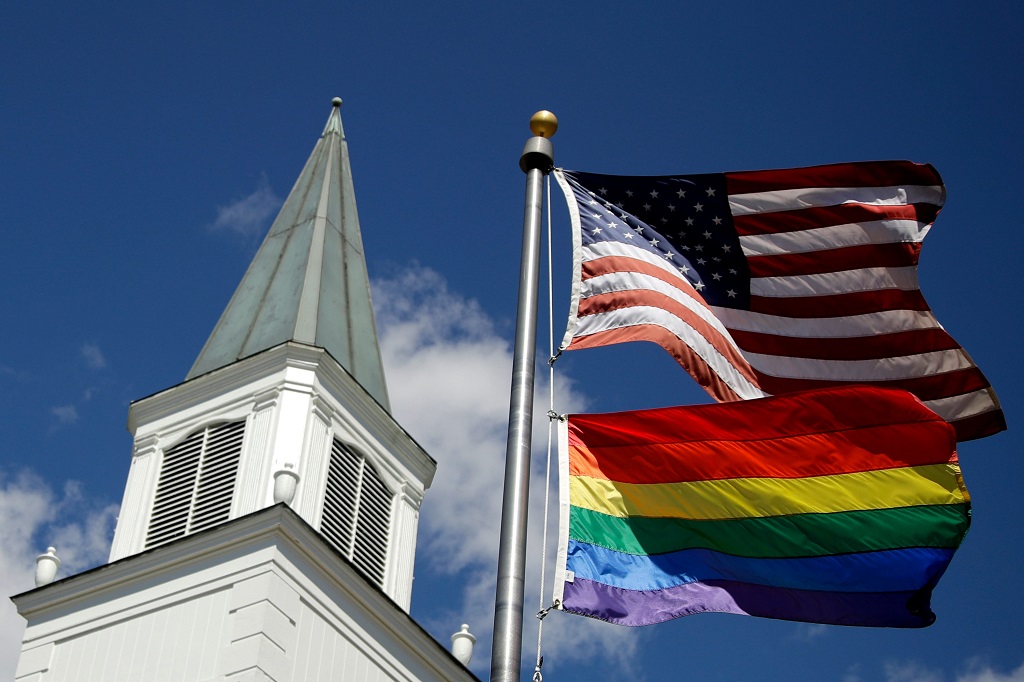 Live Up to Your Name: In a World Gone Mad, Christians Don’t Have to Follow

A battle rages in our culture over gender and sexuality. Though from its earliest chapters the Bible makes clear that God created male and female in His image, grave confusion is seeping into once-Christian institutions about these foundational identity issues. The culture—and often a compromised church—has no answer amid this onslaught; we as Bible-believing Christ-followers must bring clarity to it.

Evidence of this is mounting, and found with little effort. A friend, mirroring my passion for moral issues, recently pulled me aside with a burden she felt duty-bound to share: a local Christian camp has homosexuals as counselors, and unsuspecting parents send their children there, supposing a Christian camp upholds biblical values.

But nowadays such suppositions are naïve, and possibly dangerous. As I researched my friend’s story, a pastor recounted to me a conversation he’d had with the camp’s director. In it, the director admitted to having at least one same-sex attracted counselor on staff. He then referenced an article claiming heterosexuals were more likely than homosexuals to molest children, but said nothing about the concern that a homosexual counselor—a spiritual mentor, mind you—might lead a questioning child astray. Asked by the pastor if he’d heard from others, the director reported some pushback, but added that a majority of those who’d contacted him supported the camp’s stance.

The camp covenant I read online aspires that all in their circle feel “affirmed,” a term that too often means sin is overlooked, rather than addressed. So I called and asked the assistant director if they employ homosexual counselors. Before answering, she asked permission to outline their mission and the three core faith beliefs all counselors agree to uphold. She emphasized that in hiring, they seek counselors “confident” in their own beliefs; she mentioned no requirement that those confidently-held beliefs be biblical. Potential hires undergo thorough vetting, with background checks and extensive interviews, but are never asked if they’re same-sex attracted. Such information coming out after a counselor is hired does not jeopardize their job. To keep their community from choosing sides, leadership avoids “imposing uniformity” on biblical interpretation, she explained. After several scripted minutes like this, I tried again: “So are any of your current counselors same-sex attracted?”

“Yes,” she replied. As our chat ended, she told me the camp wants kids to know that they are loved. Sadly, as they exchange the truth for a lie, the “love” they’re left offering falls short of true love.

Dishearteningly, other local institutions, former pillars of faithfulness, are succumbing to similar madness. A well-known Christian organization is forcefully pushing the homosexual agenda on its employees, in the interest of “diversity.” A Christian high school had students engaged in on-campus displays of homosexual affection, perhaps egged on by a bulletin board which proclaimed the legitimacy of questioning one’s sexuality. Meanwhile, school administrators stood mutely by. As of this past March, Bethany Christian Services, the nation’s largest evangelical adoption agency, began allowing LGBTQ couples to adopt. Bethany’s capitulation appends a personal sting since we adopted our first two children through the agency.

Alas that this shameful “Christian” caving is in just one metropolitan area! It’s distressing to wonder: Who falls next? How much ground will they cede? Will anyone stand?

1. Everyone is at risk of a fall. Parents must become aware of societal trends and protect their children accordingly. It is misguided to assume that a Christian name, or a vaguely Christian-sounding mission statement, indicates an organization operating by biblical principles. Ask everywhere: What is your stance on the homosexual agenda and gender identity? Are homosexuals going to impact my child? When your child’s soul is potential prey, your vigilance is vital.

2. Christ-followers must be highly intentional. A push for acceptance of sexual perversion will be everywhere without a conscious stand against it. As believers, as a church, and as truly Christian organizations, we must make an absolutely intentional stand for biblical gender and sexuality; our society has marinated in an anti-biblical view of sexuality so long that biblical mores are no longer upheld by accident. And as we grieve new falls, may we recommit by God’s grace to stand firm.

3. Truth possessors must become truth speakers. With the truth comes an obligation to share it. Speak out. Ask questions. Neutrality is impossible; silence implies consent. While truth is never determined by majority opinion, more do agree with us than the media would have anyone think, and boldness in one encourages boldness in others. But even if you’ll stand alone, stand anyway; the Lord is honored by truth spoken in love.

4. We must prepare to make big sacrifices. When the Christian school cannot be trusted, you’ll need to find another, or homeschool. Perhaps you’ll have to find new work when an employer or government agent makes you an unwilling participant in the celebration of immorality. If your church defines “love of neighbor” as “acceptance of sin,” you’ll need a new church, regardless of how long you’ve gone there or how many friends you leave behind. If alternatives to truth-denying businesses don’t exist, go without discretionary products or services, rather than compromise convictions. Absent divine intervention, these choices are coming; determine beforehand not to compromise when truth demands sacrifice.

5. Plead for your strength and their heart change. The lies are so strong, the liars so powerful, that we cannot stand unless God strengthens us mightily. Likewise, society cannot change unless God’s Spirit changes hearts. So pray to be a worthy warrior. While the battle is the Lord’s, we broken vessels make up His ranks.

For our convulsing culture, we believers alone have the answers. Dear Christian, you know the truth, and God’s Spirit is in you; resolve to defend truth, no matter the cost.

A world gone mad needs just what you have.