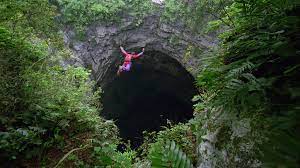 Jumping into the pit?

I remember an old elementary school teacher that once stated something like “Kids, if someone told you to jump into a pit – because there’s piles of gold down there and kids were racing to be the first, would you?”  The teacher (in her years of  living undoubtedly was troubled by what she saw already appearing in her youngsters, that a lot of times people act stupidly (foolishly if you prefer that term)  – young and old alike.

That was back in a day when we largely had little to no media – at least compared to today. I was born in 1946.  Media, of course, 24/7, week after week, year after year – has been greasing the skids to purposes not for our good!

This morning on AFR news I heard clips from one mainstream media outlet after another condemning the decision by 12 jurists in Kenosha, Wisconsin. The media narative:  “That young Rittenhouse was a white supremacist, that he drove across state lines with an AR-15 to shoot Black Lives Matter protestors, a white, Trump-supporting, MAGA loving Blue Lives Matter social media partisan.”  Predictable as it is we should see more clearly than ever before the tenacity, the virulence, the wickedness that is staring us in the face and will continue for the rest of our lives.  I say this with a heavy heart and I am not ashamed to say – WITH TEARS – for I fear what lies ahead knowing that the level of wickedness is advancing.

By now, you have read the lies perpetrated by the prosecution team aimed at persuading the 12 jurists.   So the shaping of untold millions of American minds will be continually degraded and darkened by untruths. AMAC https://amac.us/app-link?link=amac:///article/

I thought of that teacher’s comments for many years as I saw that which my old elementary teacher saw in youth in adults.  It makes me think of the ofted quoted verses from Romans 1:24-25 they substituted the truth with a lie.   Therefore God gave them up in the lusts of their hearts to impurity, to the dishonoring of their bodies among themselves, because they exchanged the truth about God for a lie and worshiped and served the creature rather than the Creator, who is blessed forever! Amen.

Yes.  We know this truth and it is unsettling because we see this unfolding in our beloved America – exchanging the truth for a lie. …

But as the decision shows in Kenosha, there is still hope!  In this culture, with all the institutional powers lined up against us – even the threats of Black Lives Matter and Antifa upon the 12 jurists still they placed fact upon fact – in others word they placed truth above the threats upon their very lives.

May we be invigorated by this lest we fall into that pit.  Here in part is what that pit can look like.

I have witnessed a great deal of damage from sex reassignment…. The children transform from their male constitution into female roles suffered prolonged distress and misery as they sensed their natural attitudes as males develop…. We have wasted scientific and technical resources and damaged our professional credibility by collaborating with madness rather than trying to study, cure, and ultimately prevent it.  Taken from the Minds has Mountains: Reflections on Society and Psychiatry, Paul R. McHugh, MD.