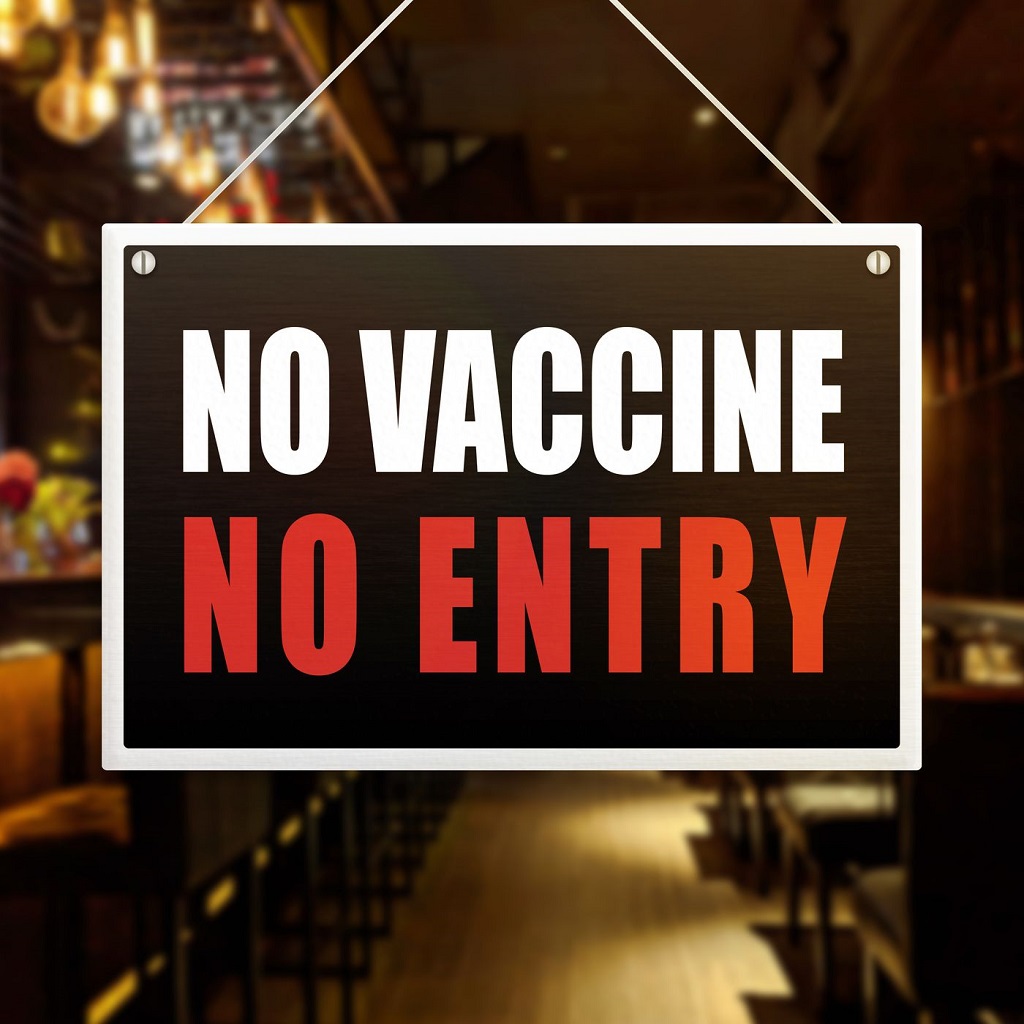 Do the “Reich”Thing – Or Else!

As the Biden administration demonizes Americans for not taking a vaccine that hadn’t even been approved by the FDA, yet lets thousands of unvaccinated, and often covid-infected, illegal immigrants cross our southern border and then busses them all across the country – you know their motivation is not the health of American citizens.

So, what is their motivation?  The answer: control.  Control of you and of our nation. The sweeping, tyrannical mandates in response to a hyped-up pandemic are not ultimately meant to save our lives, but to restrict our liberty.

We’re seeing a concerted push from an alliance between government, corporate America, and public education to force Americans to take a vaccine in order to participate in normal life.  Many employers and universities now require a covid vaccine or face termination/expulsion.  Vaccine passports are also required in several major U.S. cities in order to enter restaurants, gyms, and other public establishments.  I’m not writing to either dissuade you from or encourage you to get the covid vaccine – that’s your personal choice.  And that’s exactly my point – no entity should coerce you to put something into your body.

Whether or not you’ve been vaccinated, the implementation of mandatory vaccinations and vaccine passports should horrify all Americans!  Our freedom and personal autonomy are not predicated upon having received a specific medical procedure.  The Constitution doesn’t guarantee freedom only to those who’ve received a covid vaccine.  Vaccine passports are a form of medical tyranny – pressuring people to take an injection or lose their freedom.  Will we meekly give away our God-given liberty?  If we go along with vaccine passports, we’re allowing those in power to tell us that participating in civic life in not a human right, but merely a privilege that the government can grant or take away for any reason they deem.

Vaccine passports don’t just restrict the freedom of the unvaccinated, but also of those who’ve chosen to be vaccinated.  Life as we know it will fundamentally change if we, like sheep, go along with these dictates reminiscent of Nazi Germany, requiring us to show our papers at the door every time we want to enter a restaurant or any public venue.

Today it’s a requirement of a vaccine in order to live and work freely, what will it be in the future?  Once the precedent has been set whereby government and other entities can restrict our activity based on any supposed “crisis,” the assaults on freedom will never end.  The Associated Press has reported that the Biden administration has considered mandating vaccine passports for interstate travel! Can you imagine in America needing permission to cross state lines? Vaccine passports can easily become a stepping stone toward greater digital surveillance and “social credit systems” such as those used by Communist China to force its citizens to comply.

These edicts, which are not based on any law, are also not based on science.  The Los Angeles Raiders became the first NFL team (of what will probably be many) that requires all spectators to be vaccinated.  However, fans who aren’t vaccinated, can get the jab right at the stadium and then be allowed in – as if that will immediately offer protection.  Obviously, it’s not about health, but about coercing what our overlords tell us is “right” behavior.  Another example, Quinnipiac University announced it will not provide school WIFI access to unvaccinated students.  Again, not about health, but about punishing those who don’t comply with the dictates of our dictators.

Do you notice how many of these vaccine edicts are not coming directly from the government, but from corporations and other institutions?  Just as the Biden administration has aligned with Big Tech to get opposing views censored from social media, the Left is also using Corporate America to institute their policies, bypassing constitutional restrictions.  CNN actually reported: “The Biden administration is working on creating a set of standards for people to prove they’ve been vaccinated against Covid-19, according to an administration official.  The official said they’re currently working with a range of companies on the standards …”   As Cheryl K. Chumley explains in the Washington Times, “In layman’s, that means the White House is taking a leadership role in helping — “helping” — companies develop a vaccine passport system that will stand the test of court scrutiny. It won’t be federally mandated — technically. But it will be federally developed and enforced by the private sector.”

Bureaucrats with no medical expertise are controlling what we take into our bodies.  Either you blindly do what they say, or you’re labeled an anti-vaxxer.  There are millions of Americans who are not “anti-vaxxer,” who’ve gotten vaccines all their lives, who get a flu shot each year – yet are hesitant about taking an experimental vaccine.  They should not be penalized for following their conscience.

While people who have been vaccinated have chosen to do so for a variety of legitimate reasons, those who have not taken the vaccine also have a variety of legitimate reasons for their decision.  For example, many are concerned that the vaccines are experimental. We don’t know what the long-term effects will be.  Does it affect fertility in young women?  Does it affect a pregnant woman’s child?  Also, over 36 million Americans have tested positive for covid and recovered – in addition to countless ones who had covid and never knew it.  These millions of Americans have natural immunities that studies have shown offer far greater and longer-lasting protection than vaccinations.  Why should the immune be required to take a vaccine?  Yet many of the vaccine passports and mandates do not take into account those who have natural immunities.  And as we’re seeing more and more breakthrough cases of covid among the fully vaccinated, how can vaccine mandates even be justified?  Again, it shows it’s not ultimately about health or following the science – but control.

As Ben Franklin famously said: “Those who would give up essential liberty to purchase a little temporary safety, deserve neither liberty nor safety.”  We should all be very concerned about creating a system of second-class citizens.  Those who have chosen not to take an experimental vaccine should not have their jobs threatened or be denied entrance to any establishment.  And no one should have to show personal medical information in order to dine at a restaurant.  If we surrender our liberty – given to us by God, not government – we’ll never know freedom again.

If your employer is requiring that you get a covid vaccine or risk losing your job, there are recourses that you can take.  The Liberty Counsel has a helpful vax exemption guide at www.lc.org.  In addition, the following brief letter is a sample exemption request you can personalize and give to an employer:

“I have not had a vaccine for COVID-19, and I do not intend to. On _, I tested positive for COVID-19; I recovered completely and am now immune. My sincerely held religious belief is that I must not get the shot; thus, I would like to be exempt from any requirement to do so.”

If you have not tested positive for covid, then you’ll have to delete the sentence regarding that.  However, if you think you may have had covid, but aren’t sure, talk to your doctor about taking an antibody test.  If it shows you do have natural antibodies, you could provide that information.