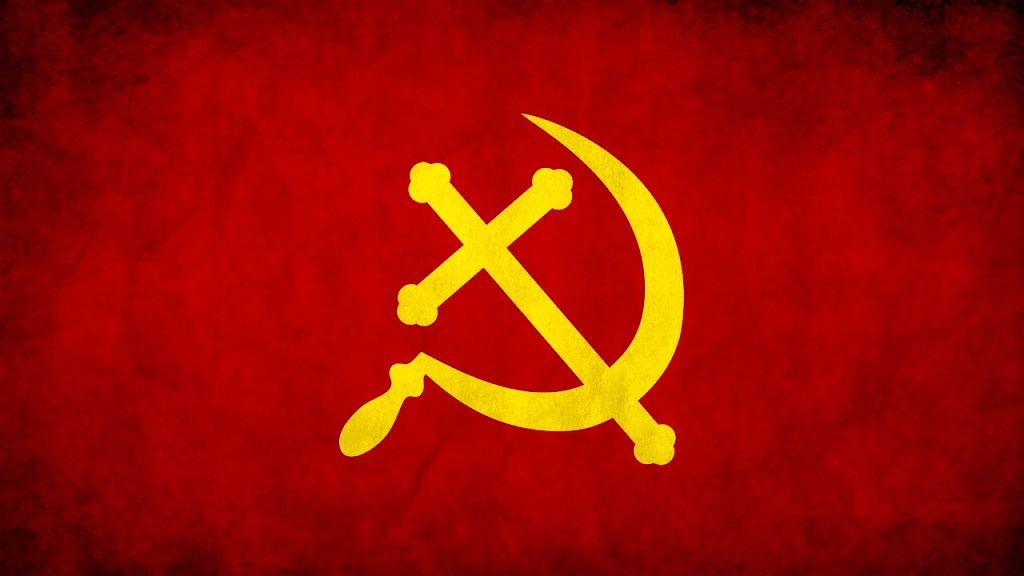 Whether it’s “Christian” Communism, Chrislam (“Christian” Islam), Gay “Christianity,” “Christian” witches, or any number of things whose tenets run contrary to Biblical Christianity but becomes acceptable to the undiscerning masses by simply adding the adjective “Christian;” we must recognize that the term “Christian” is not so much an adjective as it is a specified way of living and believing outlined in God’s Word in which God is glorified, Christ is magnified, and because of the atoning work of Jesus Christ upon the cross, man is transformed and brought into a right and saving relationship with God.

For the purposes of this article I am defining “Christian” Communism as that portion of the church which, either ignorantly or knowingly, is promoting the tenets of Communism. Many Christians today, both in the pulpit and the pew, are being deceived as they buy into Marxist/Maoist ideologies regarding Critical Race Theory, Social Justice, and other Communist teachings which run antithetical to Scriptural teaching and which only serve to strengthen the Communist/Socialist grip that is choking true life out of the church and stealing liberty from United States citizens. Although their “heart is in the right place,” they are being misled by feelings rather than thinking through sound Biblical doctrine; this offers no real help to anyone, confuses the issues, and does not bring glory to God. As Dr. Al Mohler said on the (11/10/21) Briefing, “You cannot love people by misleading them when the truth is very clearly revealed in scripture. And that scriptural truth is not only true, it’s not only pointing to the glory of God, it is because of the goodness of God also pointing to the only means of human happiness and joy and fulfillment, which is in obedience to God’s plan, not in rejection of it.” (Although that program was on Gay Christianity and Scriptural faithfulness, the above quote is true for any deviation from Scripture, including Communism, that is receiving credibility from some quarter of the church.)

It’s easy to understand why this deception is taking place when we think of the fact that God created man in His own image; thus, man has a desperate need for morality and justice. Scott David Allen hits the nail on the head as he states in Why Social Justice Is Not Biblical Justice, “But a morality that is untethered from God is continually in flux and utterly arbitrary. At the societal level, moral norms change as particular groups amass cultural power and influence, establish dominant narratives that drive popular opinion, and implement changes in policies and legal codes.” Could this be why God requires that men “Do justly, love mercy, and walk humbly with thy God”? (Micah 6:8)

Now that we’ve identified the problem, please allow me to make a hard transition, pointing to why we, as Christians, must NOT look to any form of Communism to meet the “needs” of the West. We must recognize that Communism and Christianity are NOT compatible and that the church must stick to Biblical definitions, Scriptural tenets, and always be pointing to God.

Missionary David Adeney is well acquainted first hand with China’s Communism. November’s newsletter from Asia Harvest quotes him: “It would be a great mistake to regard Communism merely as a political system. Communism is not only a religion, but it is also a dynamic missionary movement aspiring to the conquest of the whole world ….

“Communism attempts to provide a substitute not only for Christian doctrine and experience but also for many of the methods and activities used in the church. Indeed, Communists have often adapted Christian methods and have proved themselves to be more thorough and efficient in using them than the Christians from whom they were borrowed.”

Later from Asian Harvest we read, “In the 1940s, when it was clear that the Communists were surging to power across China, some spiritually dull missionaries and Chinese pastors told believers not to worry, for the Communists were good for the country and would usher in a new era of religious freedom!” Religious freedom? Most of our readers understand the great persecution and loss of life that has taken place among many religions—particularly Christians—in China since Communism took over.

Andrew Gih, another godly and discerning man warned of the horrors of Communism in his book The Church Behind the Bamboo Curtain. Gih explained how Communism can only exist by brute force and by instilling fear. Below you’ll read many of the stark differences between Communism and Christianity. Let this serve as a warning, a warning that you take to your pastor, your church, your friends, your family. Communism is against human nature, against freedom, against religion (except seeing the State as God), and rules by fear.

Communism vs. Christianity – A Comparison

Communism is materialistic
Christianity is spiritual

Communism is godless
Christianity is God-centered

Communism is God-hating
Christianity is God-loving

Communism is God-defying and blasphemous
Christianity is God-honoring

America has stood long as an example of its founding and Biblically defined principles: liberty, justice, and equality. These come from a Christian worldview complete with God-ordained definitions and set roles and boundaries for government and self-governance. Let us stand firm and hold fast to the Biblical Christian worldview which has served us well for so long and which carries with it the gospel of Christ – the power of God unto salvation to everyone who will believe. I urge you to think Biblically (including repentance from sin and if you’ve been taken in by this world’s changing of definitions), feel compassion, glorify God, and proclaim the truth.