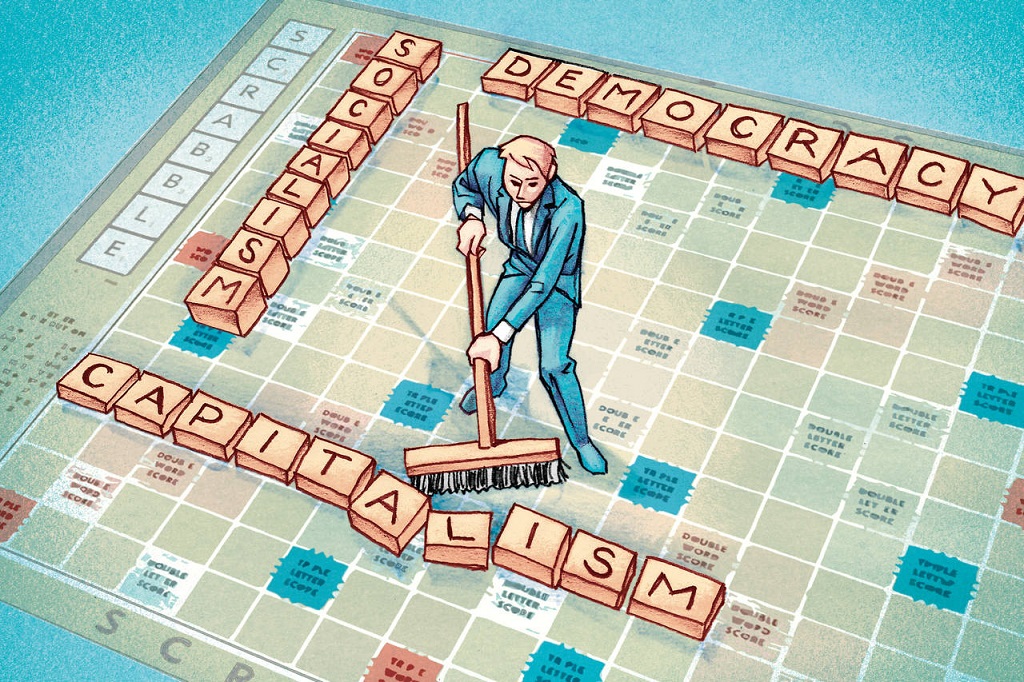 “Build Back” – for Better or for Worse?

The following article comes from the current issue of our free newsletter, Frontline. Not all of our newsletter articles become email alerts; so contact us at 231-924-4050 or kimberly@americandecency.org to sign up for Frontline. You can also view it on the web under resources at www.americandecency.org. However you choose to keep informed, let us help you do so.

As we watch inflation soar, gas prices go through the roof, and empty store shelves become the norm, Biden’s press secretary, Jen Psaki, said the quiet part out loud: “The President wants to make fundamental change in our economy and he feels coming out of the Pandemic is exactly the time to do that.”

The linchpin of the Biden administration’s plan to radically transform our economy is a massive multi-trillion dollar socialist welfare and climate change spending bill, the “Build Back Better” plan, which would be the largest spending package in our history. The “Build Back Better” plan, right down to its very name, comes from the globalist World Economic Forum (WEF) which has been pushing for a “Great Reset” of the world’s economy.

What is the Great Reset? Justin Haskins of The Heartland Institute, describes it this way: “Simply put, it’s a growing movement backed by many of the world’s most powerful business leaders, government officials and left-wing activists that aims to ‘push the reset button’ on the global economy. It would destroy the current capitalist system and replace it with progressive and modern socialist systems, with a special emphasis placed on eco-socialist policies like those contained in the Green New Deal.”

WEF founder Klaus Schwab has said: “Every country, from the United States to China, must participate, and every industry, from oil and gas to tech, must be transformed.  In short, we need a ‘Great Reset’ of capitalism.”

In essence, their plan is to replace capitalism with socialism and exchange freedom for government dependence.  Covid-19 was just the impetus needed for pushing the Great Reset button.  Government leaders from Australia to the U.S. used Covid as an excuse to implement authoritarian control, shutting down the world’s economy and causing massive economic devastation, laying the framework to “rebuild” society in line with socialist values.

Have you noticed that the Biden administration doesn’t seem too concerned about the economic woes they’ve already created?  Instead of taking steps to bring remedy to the supply chain crisis, the massive labor shortage, and the skyrocketing food and gas prices causing harm to millions of Americans, we’re condescendingly told by Biden’s handlers that this is just a “high class problem,” that we need to lower our expectations and get used to it. It’s not ineptness, but agenda.  They don’t want to bring relief to these problems because it’s part of the agenda to bring us down, and thus “build back” – not better, but with a socialist reset and they’re willing to fly our nation’s economic plane into the ground in order to do so.  When Biden took office, thanks to President Trump, the U.S. was energy independent.  Yet, Biden stopped domestic gas and oil production, putting us once again at the mercy of foreign oil.  The Leftists in control of the government don’t want us to have cheap gas.  They want to make the American people suffer by paying double to heat our homes or drive our vehicles so that we will more readily accept their “green energy.”  Those pulling the strings in the Biden administration have been deliberately damaging our economy, to make us more amenable to the Great Reset.  If we had a thriving U.S. economy, there wouldn’t be justification for radically transforming our economy. Tyrants can only succeed when citizens are suffering and looking for a savior.

Yet for those of us who know the true Savior, we have a stronghold in times of trouble, even if our nation falls. We know that one day there truly will be a great reset, when the Lord judges the machinations of mankind with righteousness.  “Arise, O Lord! Let not man prevail; let the nations be judged before you! Put them in fear, O Lord!  Let the nations know that they are but men!”  Psalm 9:20-21