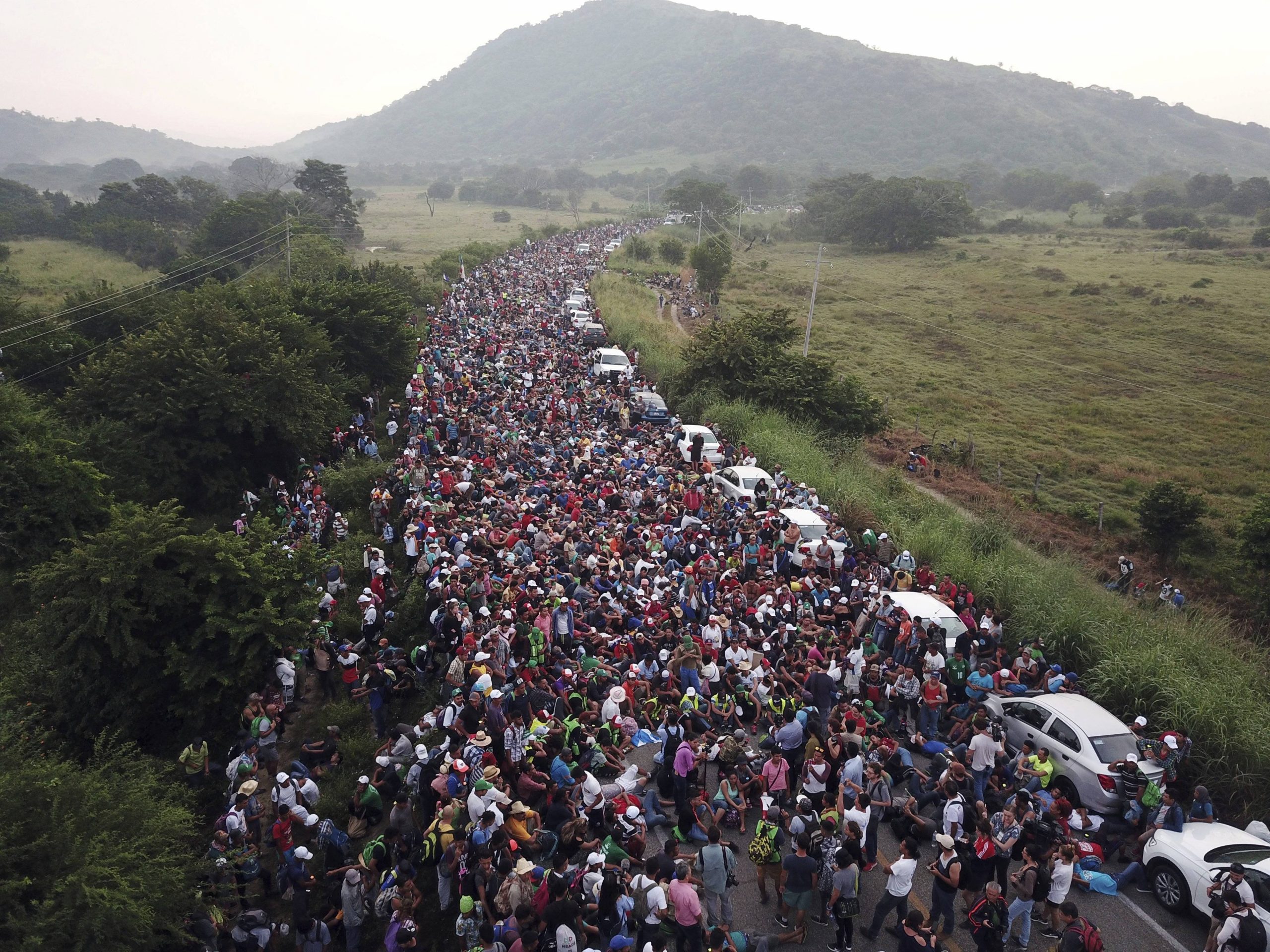 Just two months into Biden’s administration, we’ve gone from control to chaos at our southern border.  As a flood of illegal immigrants pour into the U.S., Democrats are more concerned with building walls around the U.S. Capitol than securing our nation’s border.  Last month, Biden’s Defense Secretary ordered thousands of National Guard troops to remain in DC until at least May as Democrats use an imaginary crisis to paint conservatives as domestic terrorists who could attack the Capitol at any moment.

Meanwhile, the Dems ignore the true crisis occurring with Biden’s open border policy, allowing rampant drug trafficking and illegal immigration to inundate our nation once again.  100,000 illegal migrants entered the U.S. in February alone, and it’s predicted that more than one million will try to cross the border this year.  Illegal crossings are now soaring to approximately 6,000 per day; included in that number is a daily influx of more than 500 unaccompanied children, many of whom are victims of trafficking.  Many of these children are being used by adults to whom they are not related.  Under Biden’s reversal of Trump’s policy, almost anyone traveling with a child under the age of 18 is released into our country.  There are now 13,000 unaccompanied minors in U.S. immigration custody.  And those children are being packed like sardines in Biden’s “detention centers,” a.k.a cages.  One migrant facility in Texas which is designed to house 250, is currently housing 1,800 children – 729% over capacity. So much for social distancing.

While air travelers, including Americans, can’t enter the U.S, without testing negative for Covid-19, the same doesn’t apply to illegals, who are allowed to enter the U.S. whether or not they have Covid.  The number of illegal immigrants testing positive for Covid-19 is more than double the national average.  One account at a detention center indicated as many as 25% of migrants tested positive for the virus.  And while Biden wants to keep Americans on lockdown – stating that perhaps by Independence Day we’ll be “allowed” to gather for a barbeque with our family – thousands of covid-positive illegal migrants are being released into the interior of the United States.  Bill Reagan, who runs the Loaves and Fishes shelter in Harlingen, TX, which is now being used to house illegal migrants, expressed frustration at Biden’s catch and release policies, stating: “We can’t quarantine them.  Even though they test positive, they’re going to leave the next day. They’re going to get on the bus or the airplane, and they’re gone.”

If the Biden administration is so concerned about controlling the pandemic, why are they violating their own covid policies when it comes to illegal immigrants?  It proves that the unconstitutional restrictions on our freedom had nothing to do with saving lives.  Former Immigration and Customs Enforcement Director Tom Homan said this about the release of covid-positive migrants into our nation: “Any of these [covid] percentages would have shut down New York … but the Biden administration is choosing to release them into our communities. It’s incompetence.”  I would disagree with Mr. Homan on one salient point – it’s not incompetence; rather it’s a very calculated agenda of the Left in their quest to take down the Constitution and implement a socialist/Marxist regime.

But it’s not just covid-positive migrants crossing into our country.  In recent months, Border Patrol has arrested numerous people from on the Terrorist Watch List trying to enter the U.S. at the southern border.  How many came in without being caught?  Individuals from countries such as Iran, Yemen, Turkey, Romania, and Sri Lanka have all entered the U.S..  In one day alone, a group of 11 Iranians were apprehended after crossing into the U.S. from Mexico.  This tsunami of illegal immigration is just the tip of the spear.  The signal has been sent by Biden that our laws are meaningless and our border is wide open for passage into the United States.

In spite of all of this, Biden still refuses to call what’s taking place at our border a crisis.  He laughably is once again blaming Trump.  Yet rather than sending national guard troops who are twiddling their thumbs in DC to secure the southern border, the Biden administration seems to be doing everything they can to move illegal immigrants into the U.S. as fast as possible.

As the Daily Signal reports: “It does so knowing two important facts. First, that eight out of 10 Central Americans seeking asylum do not qualify for asylum and/or will fail to show up for their immigration court hearings. Second, since fiscal year 2012, fewer than 2% of all families ordered to return to their home countries have actually done so.”

What’s happening at the border puts Americans at risk, undermines the rule of law, takes jobs away from struggling Americans, and costs taxpayers billions of dollars in social services. So why would a president of the United States put the welfare of illegal immigrants before the welfare of American citizens?  The answer is simple. Flooding our nation with millions of new potential voters has long been the Democrats’ game plan.  The Biden administration desires to give millions of illegal immigrants an automatic path to citizenship, and thus a right to vote.  Such a move would likely ensure Democrat control of Washington in perpetuity.

Our only human hope of stopping it is to call out our legislators and let them know we will be holding them accountable at election time.  The days of blaming Trump are over.  This crisis belongs to Biden.