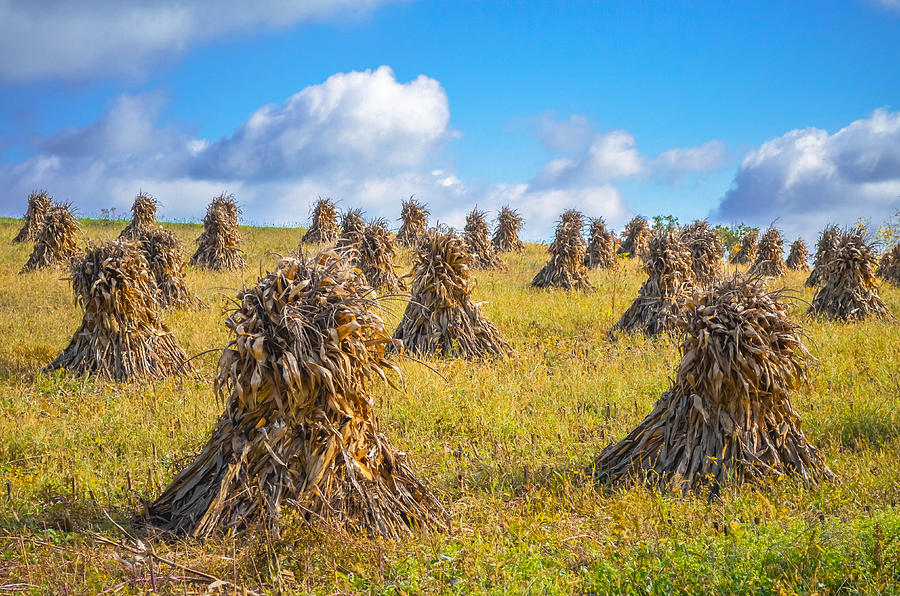 “Bear ye one another’s burdens, and so fulfil the law of Christ.” Galatians 6:2

There’s a beautiful legend that exemplifies sharing one another’s burdens in brotherly love.

Two brothers had adjoining fields. On the evening after the grain had been cut and shocked, the elder brother said to his wife, “My younger brother is unable to bear the burden and heat of the day. I will arise, take of my shocks, and place them with his, without his knowledge.”

The younger brother, being actuated by the same benevolent motives, said within himself, “My elder brother has a family, and I have none. I will arise, take of my shocks and place them with his.”

Can you imagine their mutual astonishment when, on the following day, they found their respective shocks undiminished? This transpired for several nights, when each resolved in his own mind to stand guard and solve the mystery. They did so; and on the following night they met each other half way between their respective shocks with their arms full. On the spot where they met, ground hallowed by such brotherly love and care, tradition says the Temple was built.

Might this mind be in us, that we have such brotherly love for one another that we choose to not only feel for those who are burdened, but that we would act in compassion bearing one another’s burdens. Keep in mind that the law of Christ IS the law of love—love for God with all that we are and love for our neighbor as ourselves.

Of course we should pray for those burdens, sometimes unbeknownst to us, meeting the other at the hallowed ground of the Throne of Grace, where love and help flows to us and through us. But, if possible, let us be the answers to our own prayers; let us act, truly bearing one another’s burdens. After all, it was James, the half-brother of our Lord who wrote:

“What doth it profit, my brethren, though a man say he hath faith, and have not works? can faith save him? If a brother or sister be naked, and destitute of daily food, And one of you say unto them, Depart in peace, be yewarmed and filled; notwithstanding ye give them not those things which are needful to the body; what doth itprofit? Even so faith, if it hath not works, is dead, being alone. Yea, a man may say, Thou hast faith, and I have works: shew me thy faith without thy works, and I will shew thee my faith by my works. Thou believest that there is one God; thou doest well: the devils also believe, and tremble.” (James 2:14-19)

If such love and true burden-bearing were exemplified among God’s people, can you imagine what kind of affect that would have on a watching world? Can you imagine the encouragement it would be to others as well as to us? With two brothers (or sisters) meeting on such hallowed ground, wouldn’t a temple of praise be raised to the glory of God?

“Let nothing be done through strife or vainglory; but in lowliness of mind let each esteem other better than themselves.” (Philippians 2:3) Let us not be too proud to share our needs; let us not be too self-centered to recognize the needs of others; and let all our acts of compassion be done to the glory of God and the furtherance of His Kingdom.