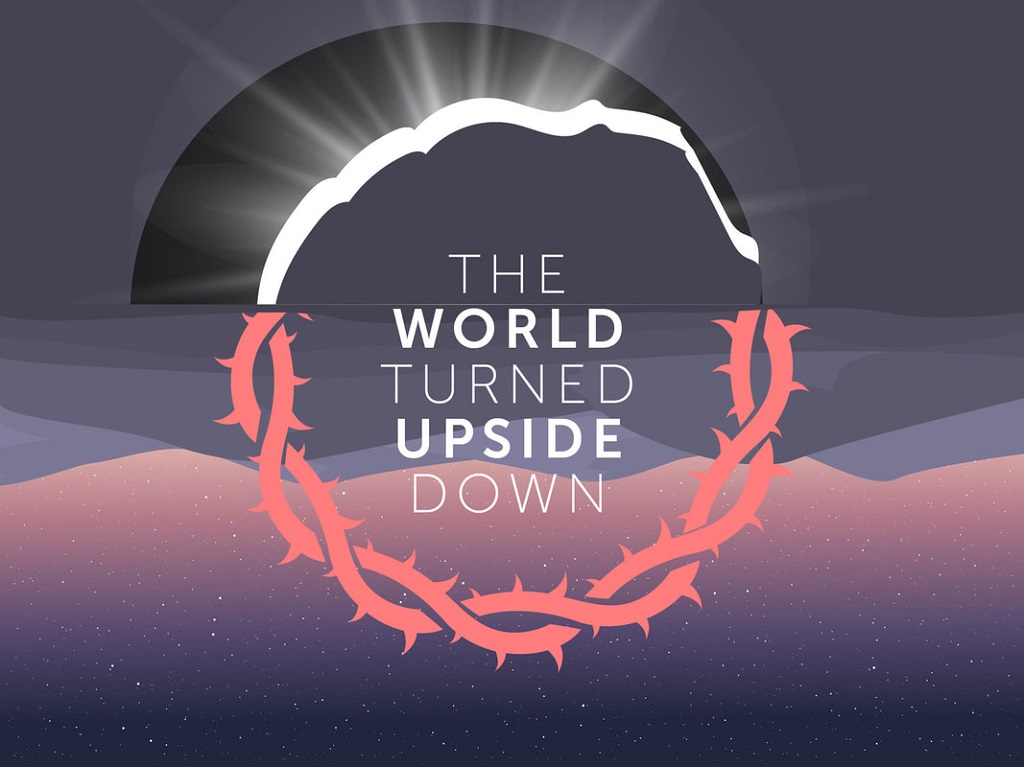 An Upside Down World Conference

There is a Marxist poison that’s infecting America; it’s a poison that is hitting all generations of our citizenry to some extent or another. It’s called Critical Race Theory (CRT) and it is being pushed through the institutions, even the church. America, like most nations, has had its stains and battles with this sinful issue; but, we’ve made strong efforts in dealing with this sin and have had fair amounts of success regardless of what the Marxists would have us believe. In their push for division and hatred they neglect the fact that our nation has more readily opened its doors to various ethnicities; our constitutional commitment to pursuing liberty, justice, and equal opportunity for all is second to none; and if we are racist, why do so many minorities take risks and expend resources to become a citizen of America or seek asylum or refuge here? There’s no denying we’ve had our problems and that we are still far from perfect; yet we’ve sought unity over division and have attempted to focus on love rather than hate. America’s desire has been to overcome these problems not exacerbate them.

The Church is meant to be at the head of truth-telling and sharing the love of Christ. It’s that commitment to the gospel of the Lord Jesus Christ that allowed the church to “turn the world upside down.” It’s that continued commitment and Biblical discernment that brings the much needed “An Upside Down World” conference to West Michigan.

As described on their home page, “As our nation continues to be embroiled in controversy concerning race and social justice, many churches have followed suit, applying Critical Race Theory and Intersectionality to these issues. This conference seeks to expose CRT/I teaching for what it really is: a false religion. Join us as we highlight the truthfulness of the gospel, protect Christ’s people from the error, and equip the church to engage our communities with true biblical justice.” This is needed.

Why: Because God’s people need to know the truth, stand on the truth, and share the truth.

This is not an American Decency sponsored event but we appreciate that there are those desiring to speak from a Biblical standard.

Here are the session topics:

* Critical Theory & Christianity: Are They Compatible?
* A Biblical Theology of Social Justice
* Critical Race Theory: A Deep Dive
* The Bible, Race & Unity; Critical Race Theory & the Battles We Face
* The New Canon: Assessing Books Like White Fragility and White Awake
* From Communism to True Compassion
* Loving the Marginalized: So What Do We Do?

Please share this information with others; we cannot afford to be side-tracked by deception. Come, learn, and take part in the question and answer session during lunch.