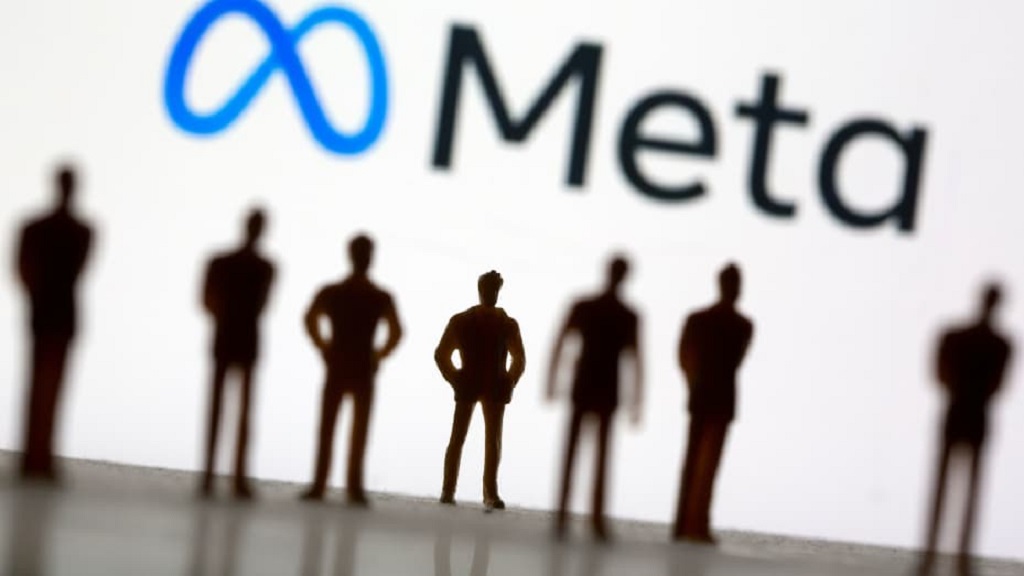 A vision of the future?

Last week, Mark Zuckerberg, the founder of Facebook, announced the company’s plan to switch focus – and their name. Hence forth, Facebook’s parent company will be known as Meta and their vision is to build the tracks that the next iteration of the internet train will run on. In a thorough hour and seventeen minute presentation, Zuckerberg demonstrated not only what they believe the internet is growing into, but how his company is developing the hardware needed to make it happen.

Meta envisions a future where, rather than grabbing our phones or laptops to join a meeting where members’ faces are on a grid on our screens, we would don a Virtual Reality headset that would place us in the same room as those in the meeting, virtually, as if you were seated at a conference table with them. Rather than visiting a website, we would visit a company’s virtual space, like a store front or information booth. Rather than scrolling through information with a mouse or our finger on a touch screen, we might ask a virtual assistant that was standing right in front of us virtually, interacting with us like another human. All of this would happen without ever leaving our seats, as we directed a virtual avatar of our own design through the virtual spaces, with hardware developed by Meta.

The avatar would be a completely customizable virtual body, in whatever form you wanted it to be in at any given time. It might look exactly like you, or it might look like a robot, as portrayed in Zuckerberg’s presentation. Your avatar’s function for others’ would be like your profile picture, they would see it and interact with it knowing it is really you, but with a full body that moves through virtual space and interacts with virtual objects.

The hardware that Meta is working on includes not only Virtual Reality headsets, but gloves that would allow you to feel as if you were holding objects, bracelets with sensors that read signals in your wrists that could be used to manipulate virtual space, artificial intelligence that would give options that you could assent to or deny with subtle body or eye movements, cameras that map a room in order to render it into a virtual space, and more.

As you can see, what Zuckerberg and Meta are envisioning would be an astounding technological leap. And, lest you think this is one crazy billionaire’s pet project, just days after the Meta announcement Microsoft also announced they were getting into the metaverse building business as well.

If you’re like me, this vision of the future brings to mind countless books, movies, and stories.  Pardon me while I nerd out, but I’m reminded of the tablet computers used in the Stargate franchise, supposed artifacts of an intelligence far beyond humanity’s, complete with buttons and knobs. The early 2000s couldn’t even imagine the touch screen technology of our day.

Every technological leap, at least as they pertain to transferring information, brings out concerns from the generation forced to adapt to it – and not without reason.

I, for one, am of the unpopular opinion that humanity as a whole would be better off without the internet at all, in spite of the obvious benefits it has brought.

I invite you to think with me through some of the implications to society of the metaverse as Zuckerberg envisions it.

To start, let me take you back to 2005, when the massively popular online role playing game World of Warcraft was in its hay day. It was about this time that internet speed and availability had begun to allow for video games to be played online and with people from all around the world, which made them both incredibly popular and incredibly addictive.

In 2005, a couple in South Korea were charged with the death of their baby daughter, after she suffocated when they left her by herself for five hours while they were at an internet café playing World of Warcraft. Then, in 2011, a New Mexico mother was sentence to prison for 25 years after she allowed her 3 year old daughter to starve to death due to her gaming habits. In 2013, an Idaho woman lost custody of her children because of her neglect of them while playing the same game and a similar story comes out of California in 2015.

My point is not that video games or that game in particular are inherently wicked. I don’t think that they are, but when the majority of those who play these games are not being discipled in the fruits of the Spirit, i.e. SELF CONTROL, they can and do take a disproportionate amount of attention, sometimes, as in these extreme examples, with deadly consequence. How much more so, when a player is not just observing the game on a screen, but is actually immersed in it? Could teenagers get PTSD from an immersive first person shooter that feels like you’re actually holding a real weapon and killing real people? What will be the motivation to create a real family when a virtual family can be conjured up in simulation? What will be the motivation to do ANYTHING?

Which brings up another point – as we approach Thanksgiving this year, we’re seeing food prices rise and availability dry up. We’re given inflation as one reason, and a broken supply chain as another as transportation costs rise and government checks incentivize potential employees to stay home.

If you’ve seen the movie Wall-E, it gives a glimpse of this future. Humanity is too heavy to walk on its own legs. People are given constant comfort slurping sugary drinks, riding hovering lazy boys, eyes glued to screens, as robots do all of their work for them. But, at least in Wall-E they were still consciously present in the real world.

The fact is that, no matter the flowery picture Zuckerberg paints of the future, the hardware his company is actually busy developing right now is making possible the ideas presented in the sci-fi stories that have seemed so far-fetched.

Is humanity bound for a future as portrayed in the Matrix?

To answer, let me give you this glimpse of the metaverse, as reported in the BBC, “Based on the idea of a virtual world called the Metaverse, put forward in Neal Stephenson’s cyberpunk novel Snow Crash, [Meta] allows people to do what they do in the real world without leaving their chair.

People meet, chat, dance and socialise. You can attend lectures, gamble and inevitably have sex.

Residents can also make and sell goods in exchange for the world’s currency, the [Libra,] which has an exchange rate with the US dollar.”

“…In [Meta], sports manufacturers Adidas and Reebok sell virtual training shoes in the world, Toyota and Nissan sell virtual cars while Starwood Hotels, owner of the Westin and Sheraton chains, test out their new hotels in the world.

“Others are also taking note. The BBC has rented an island in the world to stage live music events, while the Reuters’ news agency now has a permanent [Meta] reporter…”

Now, I’ve played a little bit of a bait and switch on you. In the brackets above, I’ve replaced the words ‘Second Life’ with ‘Meta’ in snippets from a BBC article from 2006. Second Life was the original metaverse, and it actually predated Facebook by about a year. In my research, I found forums with users arguing which would be more successful, Facebook or Second Life, and one prescient user predicted way back in 2011 that someday, Facebook would create its own 3D world.

As you can see, Second Life has not taken over the world. Granted, its graphics have not kept up with current standards, but that’s doubtless in part because they have not been financially successful enough to do those kinds of updates due to not having enough users. Regardless, major companies have bought advertising space in the Second Life “grid” as they call it, assuming then, as now, that that was where the future was headed. People have made millions of real dollars selling real estate in the virtual world.

In Zuckerberg’s presentation, in fact, much of it looked familiar to those with a tangential relationship to video gaming. The avatars mostly looked like the avatars introduced over a decade ago on the Nintendo Wii, and the meeting rooms looked like what has been available in the Oculus VR headsets for at least five years. Yet humanity has not streaked to this technology.

In fact I would say that Facebook’s shift to the metaverse is a huge gamble that, with a new generation of hardware and connectivity (5g), they can convince consumers to embrace opportunities that have been available for years.

Time will tell, of course, but regardless, as technology advances, so does the wicked imagination of humanity. Christians need to ground themselves in the timeless truths of scripture that will inevitably be raised: Is it adultery if it’s with a virtual woman? Is it a just war if it’s in a virtual world? If your avatar in a video game is covered in the virtual blood of your opponent, you can feel a virtual knife in your Meta glove fitted hand, and you’re experiencing the same adrenaline rush as someone who commits a vengeful murder in the real world, is that sinful?

These are the types of questions this technology will raise.  The Bible has the answers, and Christians will need to be ready to share them.