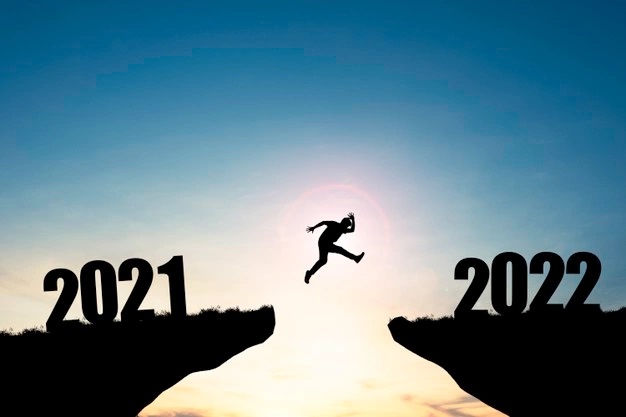 2021, what a year to look back on! It already seems like a decade ago that we were waiting for restaurants and entertainment facilities to be allowed to reopen, but it’s actually still less than a year behind us for those of us in Michigan.

The year started where 2020 left off, with state government taking it upon themselves to decide who could meet and where, but that didn’t last long once the vaccines came out and even more troubling overreach in the form of federal mandates followed not far behind.

And all of this was in the shadow of the 2020 elections, which left many of us dubious to say the least.

Bill started out the year by attending the now notorious January 6 rally at the Capitol and saw firsthand the misreporting of the media on the incident as an attempted overthrow of the government, rather than the mostly peaceful, if poorly organized rally outside the Capitol that it was.

It was about this time that we began a series of weekly Zoom meetings with what we called the Travailers. As the name suggests, it was a group of prayer-burdened activists who would report on issues in their local area, having discussion on both those local and national troubles, and then, in recognition that the Lord reigns sovereign with grace and mercy, closing in a season of prayer.

In May, as we usually do, we hosted a National Day of Prayer gathering in our auditorium, which featured Michael Perkins, the director of American Family Studios’ documentary, “In His Image.” The NDOP event also included the testimony of a Grand Rapids community member who we counseled in standing up to a Drag Queen event in her local library as well as our old friend Kamal Saleem, by way of Zoom, then our friends Pastor Gene Walter and Bob Azkoul wrapped it up with a devotional and prayerful singing.

In June, we partnered with Stand Up Michigan and Michigan for Vaccine Choice to bring in Personal Protective Equipment expert Tammy Clark and Molecular Biologist Dr. Christina Parks to talk about the efficacy and dangers of the government’s response to the Covid-19 virus. Dr. Parks’ talk has been viewed on Rumble nearly 46,000 times and we are still receiving DVD requests for this popular event.

In July, we brought Michael Perkins to West Michigan for a series of meetings and events around our area as he discussed both the subject of his movie: human sexuality in light of being made in the Image of God, and the ways in which the homosexual agenda has infiltrated the church in even conservative denominations. Although all these events were timely and important, there was one which held special significance for a group of parents and concerned citizens from Whitehall, Michigan. They had been pushing back against the heavy-handed LGBTQ+ propaganda in their local public school during Pride Month with little to no success. Michael spoke with them, listening and giving both information about the group which sponsored the Pride Month in their school and suggestions on what they could do. At one of these events hosted at the American Decency headquarters, Meeke Addison, from American Family Radio’s Airing the Addison’s, joined us through Zoom, bringing much information and encouragement.

In the month of October, both to help the Whitehall school parents group and to bring to light the deceptiveness of “gay Christianity,” we contacted First Stone Ministries in Oklahoma. What a blessing as Stephen Black and his associate Laura Leigh Stanlake, both prominent testimonies to the power of God’s transforming grace in the documentary In His Image, came to share their testimonies, Biblical wisdom, and experience of leaving the homosexual lifestyle and finding freedom in Christ. Stephen and Laura spoke to audiences in Whitehall, Grand Rapids, and in our own auditorium. Although the numbers were smaller than we would have hoped at these events, the response to the messaging was great! Many found help, comfort, and hope, which is not surprising when one considers that almost every family is dealing with hurt to some extent in this area of deception.

Finally in early December, we brought Stephen Black back to West Michigan, this time with Laura Beth Perry, who can also be seen in the film In His Image. Laura underwent extensive surgery and therapy to live as a man before meeting Christ and de-transitioning to the sex God gave her. Stephen spoke with a group of pastors from varying denominations, the church events were very well attended, and again, many received comfort and hope as their testimonies were given and the Word of God was opened to shed light on the deception of “gay Christianity.”

As we have organized and carried out these events, we have continued our writing ministry through bulletin inserts, newsletters, and email alerts; we have counseled other concerned citizens and conservative activists over the phone and in person, and have worked with other like-minded organizations to share the Truth with a world drenched in lies.

With the rapidity that things are changing, the newsletter gets harder to write but God is faithful in helping us. We are regularly receiving requests for more copies so that the requester might hand them out to others, helping us to inform, stir, and encourage others.

As we continue to fight the spiritual battles that God has called us to, people take notice and many push back. Even in the little town of Fremont, Michigan we have found it wise to install security cameras as our sign has been vandalized more than once.

We thank God for you and are grateful that you’ve been a part of our ministry in 2021, all who have donated financially, held us up in prayer, or sent notes of encouragement; you’ll never know how much that means to us. Thank you. Only God knows what 2022 will bring; but we know God will be with us every step of the way and we trust that you will continue to stand by us as well.

By the way, in order to help minister to you better we have just launched a new webpage. We sincerely hope you will stop by www.americandecency.org to see our new look and be encouraged by all that we offer. God bless you!