Advertisers who sponsored the mockery of God and His Word include: H&R Block, Quaker Oats, and Olive Garden . [Contact these advertisers – see below] ABC’s reality show “Wife Swap”, an assault upon morality from the name alone, also seems to takes delight in giving America a mocking, derisive portrayal of Christianity. 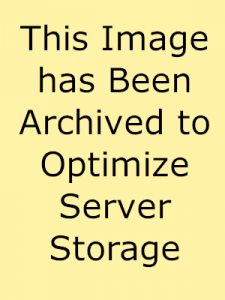 The premise of the show, having two wives and mothers switch homes for two weeks, Monday night placed a devout evangelical Christian in the home of atheists and the atheist mom in the Christian home. The atheist family exposes their children to anything and everything, stating that their children have no limits placed upon them. Sexually explicit home decor litter the walls of the home and the parents boast that their children have been exposed to all forms of sexuality – including pole-dancing parties the parents host in their home. The parents frequent strip clubs together and clips of these scenarios are shown on this 8:00 p.m. program. And yet as twisted and harmful all of this is – especially to children, ABC, by selectively choosing the clips aired, attempts to portray the atheist mom as normal and the Christian mom as oppressive. The narration introducing the Christian parents states: “[their] devotion to the Lord dictates how they run their family. They control their daughters completely. Karen [the mom] even tells them evil spirits can emerge from their television.  Karen is so controlling she even chooses the clothes her kids wear each day.” The word emphasis in this narration clearly is to give the viewer the impression that these parents are, what Hollywood portrays Christians to be, ‘extremist whackos’. Much is made in the episode about how controlling the Christian parents are keeping their 14 year old daughter from going out with boys, not letting them choose to wear whatever they want, keeping their kids home for Bible study and family time instead of letting them go out with friends. All of this is portrayed as ‘harmful’. When the “free-thinking” atheist mom comes in she is given free rein in the family – she stuffs all Bibles and Christian symbols and icons into a garbage bag for a week, telling the children there is no God. The family’s Christian standards are further undermined when she attempts to let the girls dress immodestly and allows the 14 year old to go out with boys. Yet in the end, ABC again manipulates the message sent that the atheist mom opened up these ‘poor deprived children’ to a life outside of home. She [the atheist] is portrayed as rational and reasonable. While back at the atheist home the Christian mom is portrayed as ‘backwards’ for having the view that her role is to cook and clean and care for the family. When she tries to share the Word of God with this family by giving each family member a Bible, the father mocks it, beats on the Bible with drum sticks, and throws it on the floor. His three children then do the same. The father later throws a Bible in a trashcan stating that is “right where the Bible belongs.” At several different times ABC shows God and His Word being mocked and trashed. But yet again, ABC does it’s best to portray the atheist parent as the most accepting and caring. The premise and the name of this program is abhorrent and an assault upon family, but in addition “Wife Swap” continues the theme of much of ABC’s programming as each night ABC uses their access to the public airwaves to shove immorality down the throats of American families, trash traditional values, and take every opportunity to give a negative portrayal of Christianity. Advertisers who sponsored the mockery of God and His Word include: H&R Block, Quaker Oats, and Olive Garden. To contact these advertisers and the other sponsors of this show, see the link below. https://americandecency.org/email_updates/email01.10.07a.htm ========================================== Let’s encourage one another and strengthen one another to be more like our Lord and Savior Jesus Christ. American Decency Association Bill Johnson, President P.O. Box 202 Fremont, MI 49412 ph: 231-924-4050 www.americandecency.org