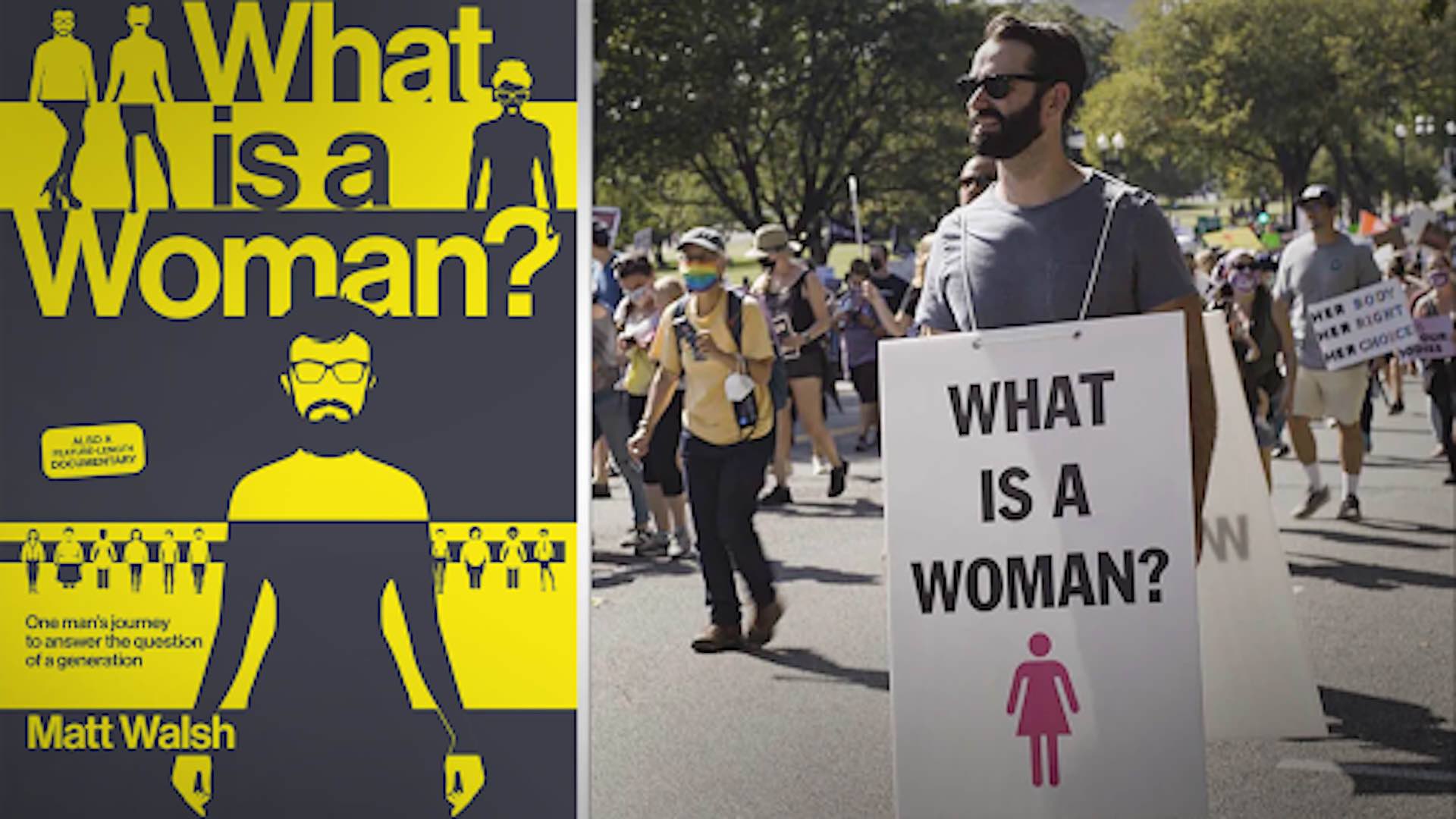 Why “What is a woman?” THIS Thursday?

Come to the American Decency building (203 E. Main St.) THIS Thursday (September 15) at 7 PM where we will be showing Matt Walsh’s incredibly well done film “What is a Woman?”

Why a film on “What is a woman?”? Maybe, in part, it’s because Supreme Court Justices cannot define a “woman;” our “woke” education system at all levels cannot definitively teach their students to identify a “woman;” and large swathes of therapists, counselors, pastors, politicians, and others while using the term “woman” have great difficulty in clearly explaining what they mean by the term “woman.” This film’s creator, Matt Walsh, in speaking about the purpose of his film, said that he was trying to reach a larger audience, instead of just drawing from the conservative podcast pool, and force them to confront the issue. In my opinion, that’s what’s really needed for so many of these explosive issues we face today. Too many people are allowed to just spew out nonsensical “facts” without being held accountable or even asked to explain themselves.

Why should you spend your Thursday evening watching a film to which you likely already know the answer?

First, it more clearly opens our eyes to liberal tactics and teaches us the best ways to respond when confronted by ideologies that are nonsense, but are being bought into at an alarming rate by those who are being manipulated by a feeling of “victim” mentality. It teaches the value of silence during a conversation with those whom we may disagree. We learn by watching Matt that we can passionately stick to our factual position without being propelled into frenzy by feelings.

Beyond that, it’s extremely well done and entertaining as well as instructional. Blaze TV host, Steve Deace, calls it a “weapon of mass destruction in America’s cold civil war,” referring to the culture war. Former Saturday Night Live (SNL) actor, Rob Schneider, calls it the best documentary he had seen in a decade.  Will Cain tells Matt Walsh that in his film he comes across as both harsh and comedic. Even “full-blown liberal leftists” have told Matt that they loved his film and were shocked by it. Such an endorsement would surely pique my interest in this film, as I’m sure it does yours too. So, grab a friend and join us THIS Thursday at 7 PM.

Finally, it brings to light the truth of these matters, exposing the dangers that confront our children by such ideology. At our last showing of this film, there were many who hadn’t recognized the depth of danger this attack has been on our children as well as on our culture. Righteous indignation and a love for children in this country aroused within them a sense of urgency, compassion, and a desire to talk with their children or grandchildren over this matter that leaves most conservatives either snickering at its ridiculousness or apathetically shaking their head over such nonsense. This film truly exposes the breadth and depth of the troubles this Marxist ploy and deception of sin are creating. DON’T miss it!

Bring family, friends, and your pastor to hear Matt interview people from all walks of life, asking the now infamous question, “What is a woman?” When asking this question to Rep. Takano (CA – D) this elected official got up and left, cutting the interview short. Matt tried again for an answer, “I came all this way and just wanted to know, ‘What is a woman?’” to which the Representative’s aide replied, “You’re not going to find out.” To watch this clip click here.

Click here to watch the trailer to “What is a Woman?” then invite some friends to join you at American Decency headquarters at 7 pm on September 15 (this Thursday).