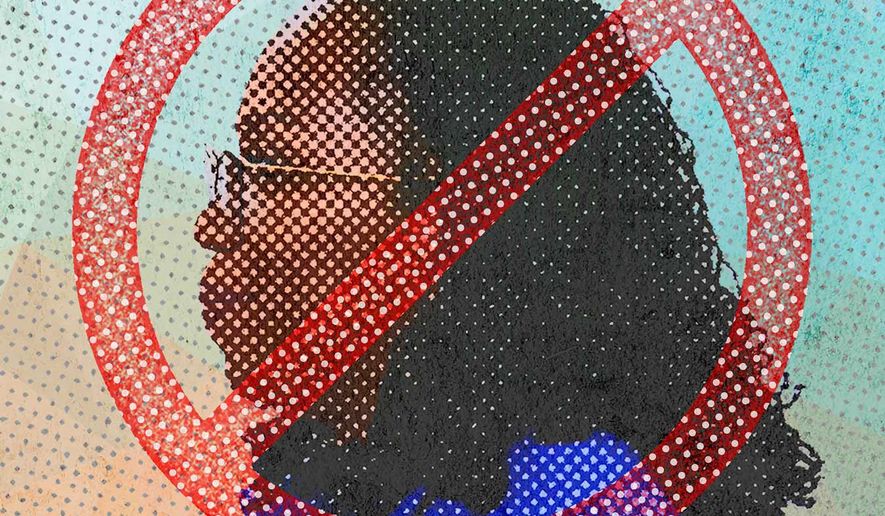 Who is Judge Ketanji Brown Jackson?

Who doesn’t remember the personal attacks and hoop jumping that those nominated by President Trump for the Supreme Court had to endure. Sen. Lindsey Graham (R-SC) set the tone for these current hearings for Supreme Court nominee Judge Ketanji Brown Jackson by setting the record straight: “Most of us couldn’t go back to our offices during Kavanaugh without getting spit on; hope that doesn’t happen to ya’ll. I don’t think it will. As to the historic nature of your appointment, I understand; but when I get lectured about this from my Democratic colleagues, I remember Janice Rogers Brown, African American woman, that was filibustered by the same people praising you. … If you’re Hispanic or African American conservative it’s about your philosophy; now it’s going to be about the historic nature of the pick. No, it’s going to be about your philosophy. The bottom line here is, it is about philosophy when it’s about somebody of color on our side; it’s about we’re all racist if we ask hard questions. It’s not going to fly with us; we’re used to it by now. … Senator Hawley, you need to ask her about her record as a district court judge; you should. I hope you do and we’ll see what she says.”

Sen. Graham was correct about the Left’s attacks on conservative nominees of color; but the Left doesn’t stop there. According to Mike Davis of the Article 3 Project, “the Left even viciously attacked Judge Michelle Childs, one of the three finalists for Biden; because they didn’t think that she was liberal enough because she had corporate clients one time in private practice. This has nothing to do with race; it has nothing to do with diversity. It’s all about Leftists getting power and that’s what they’re going to get with Judge Jackson because she’s a hardcore Leftist and she has been her whole life.”

The record of Judge Jackson shows that she has empathy for terrorists who kill Americans and for sex predators of children.

1. “She helped free 729 Gitmo terrorists. Those were the ones held after 9-11 in our war in the Middle East who were the worst of the worst. She freed 729 of them; 229 went back into terrorism. Twelve killed six Americans. That’s just one part. She was happy to let them go.” (Summarized by Sandy Rios)

Sen. Cornyn (R-TX) stated that while defending a member of the Taliban, Judge Jackson called Secretary of Defense Rumsfeld and then President George W. Bush war criminals in a legal filing. (That has international law implications.) Her response was that she didn’t “remember that particular reference” and “did not intend to disparage” either of them. Such a response seems very disingenuous. Accusing a president of a war crime would be quite memorable; and how else could it be meant but disparaging? One should expect a Supreme Court justice to have a better memory and to be honest. SCOTUS must to be a group of individuals who fight for the constitutional rights and safety of Americans, not sympathize with terrorists who desire to kill us.

2.  Judge Ketanji Brown Jackson has a 25 year history of advocating for lighter punishment for sex predators of children. Sen. Hawley pointed out that Judge Jackson had seven cases on the district court where she had discretion on these child pornography cases. 100% of the time she imposed sentences on these child pornographers significantly below the sentencing guidelines and significantly below what the prosecutors recommended. Sen. Cruz (R-TX) said, “On average Jackson gave 47.2 percent less time behind bars than prosecutors asked for.” That’s pitiful and should be considered criminal.

With the increased ease of making, sharing, and watching child pornography due to the explosion of internet capabilities around the world and high definition smart phone cameras, children are being raped and exploited at increasing rates, especially in third world countries. With the ever-growing and current developing technology where humans may rely on exoskeletons to have realistic sex in the metaverse, we can be certain that children will be further exploited and such cases will come before the highest court in our land. As these rulings are made, we need the assurance that sentencing will be a deterrent, not a mere slap on the wrist.

Here are a few of the many disturbing moments as U.S. Senators interviewed this nominee who gave no answers, yet in doing so, told us much.

When considering someone for Supreme Court justice it’s important to know their judicial philosophy. Both sides of the aisle were left uncertain about how she thinks and approaches and decides cases. It would seem that Judge Jackson is taking a page from Pelosi’s book, “we’ll have to pass her if we want to know what’s in her.” But knowing her record and the lack of direct answers throughout the hearing, we have a pretty good idea of what to expect.

She side-stepped several questions regarding abortion but when it came to Roe v Wade she was firm that it is “the settled law of the Supreme Court,” with no intention of overturning it.

When it comes to the question of gender, Judge Jackson would neither make any comment on what schools should teach nor was she able to define what a woman is because, “I’m not a biologist.” More than just fodder for numerous memes on Facebook, it’s disturbing that someone who desires to sit on the highest court of the land can’t even “judge” something as simple and straight forward as what is a man or a woman; yet, according to Elle Reynolds of The Federalist, has used the word “woman” 14 times “in just the first two days of her confirmation hearings, plus 34 times…in her legal opinions as a judge.”

The Senate could vote on Judge Jackson as early as April 8. Appeal to the high court of Heaven and then call your Senators (202-224-3121) and urge them to vote NO on Judge Jackson. We need someone with American values, who can define the words they use, and won’t duck the issues at hand.