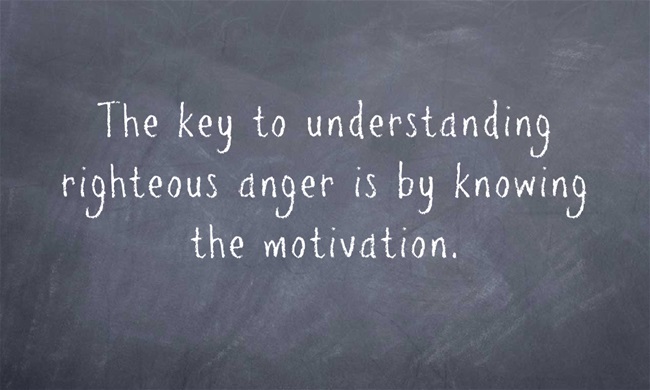 Do you remember the extreme outrage from the media, the Democrat Party and their supporters against then President Donald J. Trump, as they falsely accused him of many nefarious acts? Never mind that the Democrats manufactured false dossiers; forget that numerous Democrat leaders were actually fomenting violence against conservatives and a sitting president. Everything that they accused President Trump and conservatives of doing, they did. The Left denies it and buries it; yet like a dead body buried in a swamp, the facts have a way of floating to the top to be discovered by those who will look. Often too late to do much good and, like that dead body, it stinks.

One such dead body of truth that has floated to the top of the swamp is John Durham’s findings which run directly contrary to the establishment media’s narrative that the spying alleged by Donald Trump never took place. It’s no surprise that although they yelled through a loudspeaker denigrating the then President regarding his allegations, there is less than a whisper being given to this filing by the major media outlets. Where’s the outrage now, with the media? Over and again the “Fourth Estate” has presented itself more of a propaganda arm for the Left – disseminating the fake news they need to promote their agenda and herd the sheeple in some direction – than the respectable class of journalists that once searched for the truth, informing the public regardless of the outcome. At one time the press also provided a place where an amicable exchange of ideas could take place, thereby informing the public and encouraging critical thought. Why do so many still trust them? If they lied about this spying, Hunter Biden’s laptop, and other related illegalities, what makes the citizenry of the United States believe them regarding elections, COVID-19 stats and vaccinations, and any number of things which many other respectable and knowledgeable persons are paying a price to speak into which runs contrary to the official narrative?

“Special Counsel John Durham’s filing in a federal court alleged that a lawyer for the Hillary Clinton campaign conspired with a big tech executive to monitor and spy on Donald Trump, to spy on him at his home, to spy on him at his office, and indeed they were spying on the White House itself. They were spying on a sitting president. Donald Trump said all this was happening but the media and the Democrats mocked him and ignored his complaints. But President Trump was absolutely right.” “If this is true,” said Cruz, “it’s a lot bigger than Watergate.”

So I ask you, “Where’s the outrage now?” 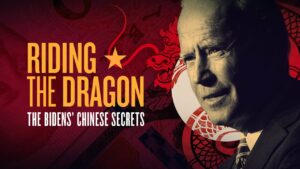 Some of our readers may remember that we promoted and showed the movie Riding the Dragon, a movie that warned of Joe Biden’s compromised connections to China. Yet, come election time, those things seemed to not matter. The Democrats chose him as their candidate and the rest is not just a history of subterfuge and election fraud, but it’s a traitorous history in the making. Not only do we see the Biden regime attack America economically, do away with our energy independence, mandate our liberties away (and these are hardly even the tip of the iceberg), but also, as Frank Gaffney describes in his “Secure Freedom Minute” below, help and strengthen our enemies abroad.

“As evidence continues to mount that President Biden is personally, deeply compromised by our mortal enemy, the Chinese Communist Party, everything he is doing to help the CCP demands urgent national security scrutiny. Fortunately, eight U.S. Senators have just added a new item to that list – and are calling for corrective action.

“Last month, the Biden administration announced that it was terminating a Justice Department program called ‘the China Initiative’ that was successfully exposing and rooting out CCP espionage inside the United States.

“The pretext for terminating the Initiative is that it was ‘racist’ thanks to the Chinese Communists’ practice of using PRC nationals, students and naturalized American citizens from China as spies.

“The Senators are right: The CCP is a threat that cannot safely be ignored on such grounds. If anything, the effort to defeat it requires a vastly redoubled effort.”

Let me ask again, “Where is the outrage now, against the Democrat Party and the Leftist RINOs who are complicit in the dismantling and wrecking of America?”

The list of outrages could go on and on; and we, as Christians and conservatives, have every right to feel righteous indignation and outrage. When we strive to fulfill the greatest commands of Christ to love God with ALL that we are and to love our neighbor as ourselves; when we recognize the great truth in Daniel Webster’s wise warning, “Miracles do not cluster. Hold on to the Constitution of the United States of America and the republic for which it stands. –What has happened once in six thousand years may never happen again. Hold on to your Constitution, for if the American Constitution shall fail there will be anarchy throughout the world;” how can we help but have righteous indignation rise up within us?

What must we do with that which is welling up within us? To do nothing will consume us, so we must act. What should these actions look like? God is sovereign and we, as men and women, have a responsibility to glorify God and to enjoy Him forever. Recognizing that God IS sovereign we go to Him in prayer, specifically so. “Hear my voice, O God…preserve my life from fear of the enemy.” (Ps. 64:1) and 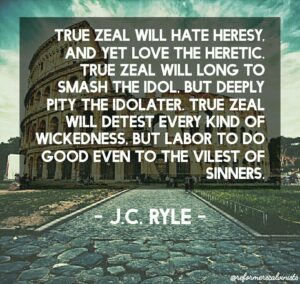 “Be careful for nothing; but in every thing by prayer and supplication with thanksgiving let your requests be made known unto God.” (Phil. 4:6) Recognizing that we have a responsibility we follow His leading while walking in holiness, loving both God and our neighbor enough to speak and live the truths dictated by the Word of God and the law of our land, which is the Constitution. If you haven’t read the preamble in awhile, I urge you to read it here; it’s only 52 words and sets the boundaries of our law concisely.