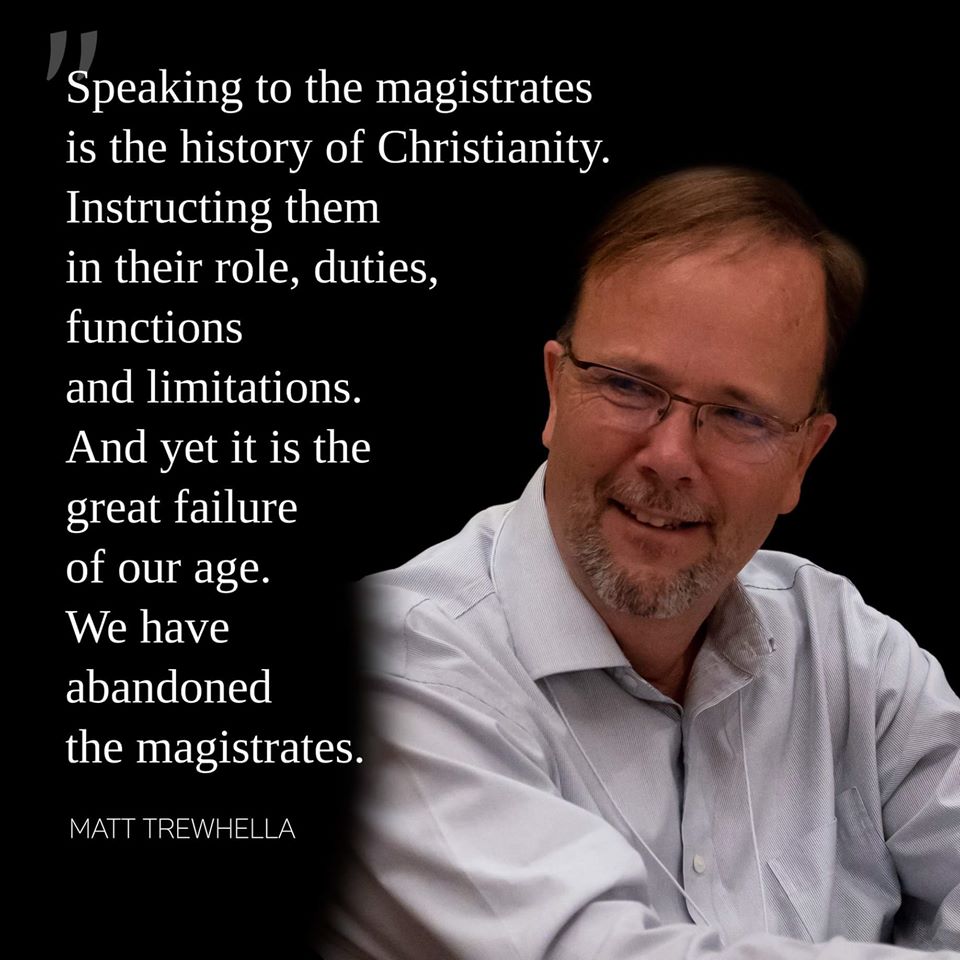 What Is a Lesser Magistrate?

While talking with people from various walks of life (pastors, a housewife, a teenager, and several men), I mentioned that American Decency Association (203 E. Main St. Fremont, MI) was having an event at 7:00 PM on Thursday, February 10, 2022 regarding the doctrine of Lesser Magistrates. None of these people knew what this doctrine was; which means, they didn’t understand its vast importance either. Likely, many of our readers aren’t familiar with the doctrine of lesser magistrates or its practical importance for today. I urge you to 1) watch the video below; 2) read this article carefully; and 3) make every effort to join us on February 10, bringing many people with you. Share this information far and wide—it’s that important.

For amazing examples of the doctrine of lesser magistrates, both historical and contemporary, plus to hear the great importance of this lesser known doctrine and to understand ways in which you can implement it, watch this amazing, encouraging, and stirring 16 minute video with Matthew Trewhella—American Decency’s speaker for our February 10, 2022 event.

Lesser magistrates are those whose power and authority extend to a more localized area than those who are higher magistrates. An example of this might include a state governor or legislature protecting their citizens from immoral mandates or decrees handed down from the President, Congress, or Supreme Court. Another example would be for a mayor or city council to protect those under their localized authority from immoral decrees from the governor, Congress, or state legislature.

Matthew Trewhella writes in Free Grace Broadcaster, “Lesser Magistrates are not to just unquestioningly do the bidding of the higher authority. State governments, for example, were never intended to be mere conduits or implementation centers for Federal government regulation, law, and policy as they have become today.”

Lest any are concerned that this is a call to rebel against God-ordained authorities at any whim of man, let me assure you that neither the lesser magistrate’s duty nor the defiant stand by those under his/her localized authority is something to be taken lightly. Let me also add that this is not a new doctrine; men of God throughout time have appealed to lesser magistrates, imploring them to follow God rather than man. 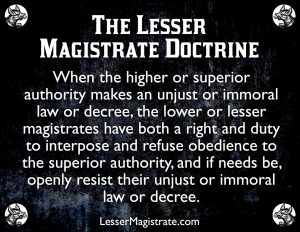 Trewhella later writes, “The lesser magistrates in America today need to be reminded that a magistrate who upholds or follows an unjust or immoral law becomes complicit in the higher authorities’ rebellion against God. Salisbury rightly declared in Policraticus: ‘Loyal shoulders should sustain the power of the ruler so long as it is exercised in subjection to God and follows His ordinances; but if it resists and opposes the divine commandments and wishes to make me share in its war against God, then with unrestrained voice, I answer back that God must be preferred before any man on earth.’”

We find ourselves in such a situation today. Many of our lesser magistrates, like Esau of old, have sold their power and authority for a bowl of pottage. In doing so, they have sold those who they are meant to protect into a form of shackles and tyranny as well. It’s time for us to find out which authorities are for us and which are against us, implementing unconstitutional and unbiblical federal or state policies. Again, I urge you to watch the video above, take to heart its message, and mark your calendars for February 10 at 7:00 PM. Urge others to come with you to this vital and cutting edge event.

“Lesser magistrates, by virtue of their office, constitute lawful authority. When the lesser magistrate stands against unjust or immoral law made by a superior, his actions benefit those under his jurisdiction, as well as the nation as a whole.

“Simply put, the lesser magistrates provide order when the superior authority acts unjustly or immorally, and its abuse of power needs to be quelled.” (Matthew Trewhella)

February 10, is sure to be a time of learning, discussion, and growing in grace as Christ is glorified.