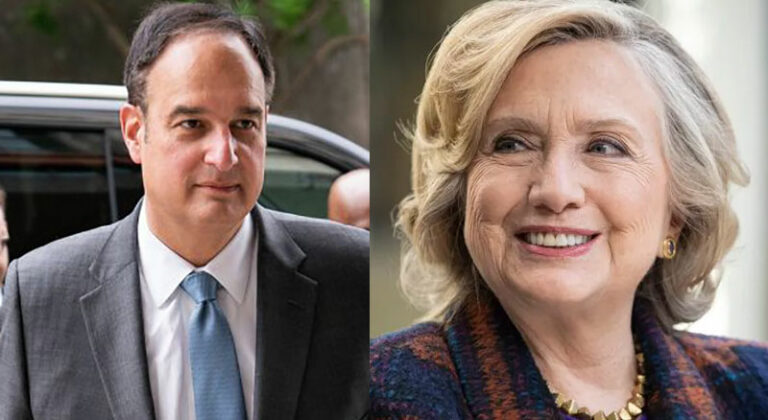 Unlike many television trials and real trials that take place, where the defendant is white-knuckled waiting for the jury’s verdict, Michael Sussmann, being accused of lying to the FBI regarding information and his role in accusing former President Trump of improprieties with Russia, had no such worries as he waited for the verdict of “not guilty” to be delivered. One might wonder why?

Perhaps he had no cause for concern because his title as defendant is “Michael Sussmann, former Clinton campaign lawyer.” Since the news surrounding him was a trial and not “has committed suicide,” that practically guaranteed his verdict of “innocence.” Another reason that he needn’t sweat bullets waiting for a verdict of “not guilty” was because the defendant, judge, and jury were all on the same team. That certainly would add to the ease of one’s mind, although it may make truth “sweat a little” while it awaits its day in court.

If you haven’t heard of the jury’s likelihood of partiality, listen to constitutional lawyer Jonathan Turley’s concern. “[Sussmann] is facing a jury that has three Clinton donors, an AOC donor, and a woman whose daughter is on the same sports team with Sussmann’s daughter. With the exception of randomly selecting people out of the DNC headquarters, you could not come up with a worse jury.” As for Judge Christopher Cooper who presided over the Sussmann trial, Sandy Rios had this to say. He was an acquaintance with Sussmann; they went to school together. The judge’s wife has represented former FBI lawyer Lisa Page who was the lover of Peter Struck who went back and forth about how they were going to get rid of Trump. After the trial, the jury forewoman basically told media she believed the case was a waste of time; stating, “I don’t think it should have been prosecuted. There are bigger things that affect the nation than a possible lie to the FBI.” Excuse me? That was the purpose of this trial.

Like I said, when the judge, jury, and defendant are on the same team, why sweat the little matter of a verdict? Perhaps the real question is why didn’t the U.S. Department of Justice attorney John Durham push for the recusal of the judge or object to such a tainted jury?

What was the lie that Sussmann had allegedly told to the FBI? He went to a personal acquaintance in the FBI saying that he was coming in to give evidence against Donald Trump regarding Russian collusion and that he was coming on behalf of himself as a concerned citizen; not on behalf of a client, for example, the Hillary Clinton campaign. Yet, during this meeting time, Sussman billed the Clinton campaign for three hours.

“‘My biggest concern is the jury foreman came out and really gave up what the jury was discussing, which is that they thought this case should have never been brought to their attention in the first place. And that’s a little concerning because this looks more like a jury nullification, where even though the evidence was overwhelming, even though they, the government, proved their case, that the jury just decided that this wasn’t a case worth pursuing…So this case, to me, factually and legally was a slam-dunk case. But as I had said earlier, leading up to this jury verdict, this jury was going to be very difficult for Durham and his team to get a conviction.’”

This was Michael Sussmann’s trial but it’s NOT just about him. He was acquitted but the ramifications of this jury selection and their verdict are far reaching ripples in a swampy, murky pond that affects each of us and must concern each of us. 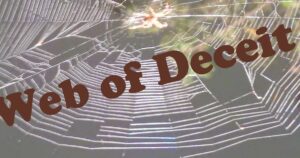 It may even be a distraction from other important matters happening at home and abroad; but, it’s more than just a distraction. It’s an acquittal of lawlessness and a strike against justice. After all, we mustn’t forget that this was also all part of an attack against a rightfully elected president; an attack that went deep and far in hindering his ability to function at full potential. As such, this was part of a treasonous attack on the citizens of the United States of America.

Michael Sussmann may have committed a lie, but it was one in a pack of bold-faced lies that spewed from the Left. Lies that were upheld as truth by the media and found acquittal in public opinion long before they came to the jury. Lies that are one day likely to be found to be exactly what they are – lies – like many of the other falsehoods that were once heralded by the mainstream media and Leftists as opposite of their true nature but are now being uncovered and exposed for what they are (Russian collusion, Hunter’s laptop, being just two in a host of examples).

That leaves us with a couple questions. First, as the Epoch Times asks, “After Michael Sussmann’s acquittal, who will hold the FBI accountable?” Second, what about justice; why do the wicked prosper?

I don’t know the answer to the first question; all I can say is that it must be up to “We the People” to push and act and do everything we can to make a difference instead of showing indifference by thinking, “it’s sad but it’s the way things are today.” Like Phil Haney was fond of quoting our sixteenth president, Abraham Lincoln, “The dogmas of the quiet past are inadequate to the stormy present. The occasion is piled high with difficulty and we must rise with the occasion. As our case is new, we must think anew and act anew. We must disenthrall ourselves, and then we shall save our country.”

To the second question I have an answer: Victory has been declared too soon; BUT GOD! The Left may be taking a victory lap but they’ll trip before the eternal finish line! 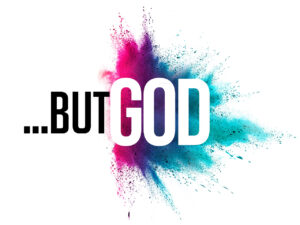 I trust that you’ll take a couple minutes to read 2 Kings chapter 11 either before or after you finish this article. When Athaliah saw that her son was dead she killed all who could be heir to the throne so that she could rule; or so she thought. God had saved one for Himself, Joash. She ruled confidently for six years, believing that she was safe. BUT GOD! In that seventh year God stepped in with the boy He had set aside for Himself. In the seventh year Athaliah, the one who had committed treason, cried out, “Treason! Treason!” In that seventh year she was taken outside the Lord’s house; she and all that followed her were put to death. Justice had finally been served. But that wasn’t all; in the seventh year the wickedness of false gods was removed from the land and the people rejoiced! All things were made right because BUT GOD!

We long for justice here and now, even as I am sure the people of the land longed for justice in Athaliah’s day. God’s timeline will not be rushed or delayed by the feeble whims of man; BUT GOD will bring justice to every land and He will not leave “truth lying in the street.” Whether we wait for the “seventh year” literally or figuratively, God is sovereign and wickedness will find no acquittal in His courts. If righteousness will not return to this land in our lifetime know this; when Christ returns all wickedness will be put under His feet and righteousness WILL rule. Those who follow after the unrighteous will be destroyed with those leading the evil charge.

That being the case, dear Reader, I beg of you to be faithful and remain faithful to the one, true God, He alone is sovereign and almighty. It’s not enough to ascent to truth in our minds; it must be lived out in our lives. I close with this timely warning from puritan William Gurnall. “He [God] has given us a girdle of truth for protection. But not everyone who applauds truth will follow it when it leads him to prison. And not everyone who preaches it is willing to suffer for it. Arguments are harmless things – blunt weapons which bring no blood. But when we suffer we are called to fight with the enemies of truth. And this requires more than a sharp tongue and logical brain. Where will disputers be then? They will appear like cowardly soldiers, who, in basic training when no enemy was in sight, seemed to be brave as decorated heroes. To be on truth’s side then meant only recognition and reward, not danger and death.” If we will not stand with truth in the hard and evil day, we will find ourselves standing against the Defender of Truth, He who IS TRUTH, Jesus Christ. Be faithful and fruitful!