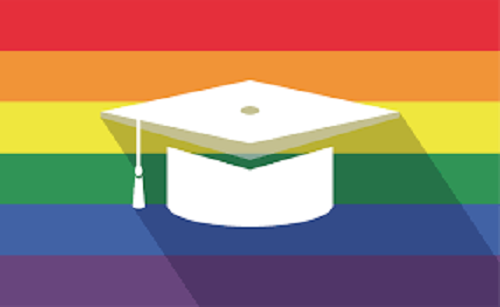 The Cost of Compromise

It’s become abundantly clear that there can be no neutral ground in the moral revolution taking place in our culture.  Every Christian, every church, and every Christian institution will have to clearly declare which side of the moral divide they are on.  There is no longer a tolerant view of Biblical Christianity in our secular world; those who hold to the authority of God’s Word are seen as enemies for not affirming the new ethos regarding sex and gender.  While many Christians are seeking to win the world’s approval, compromise brings disastrous results.  As one example of many, Calvin University has been going down that road for a number of years.

There are many similarities between Calvin University and the Old Testament account of Jehoshaphat.  Jehoshaphat started his reign as one of Judah’s godliest kings, while his counterpart, Ahab, was one of the wickedest kings of Israel.  2 Chronicles 17 says: “The Lord was with Jehoshaphat … He did not seek the Baals, but sought the God of his father and walked in his commandments, and not according to the practices of Israel. Therefore the Lord established the kingdom in his hand. … His heart was courageous in the ways of the Lord.”

As with Jehoshaphat, Calvin, affiliated with the Christian Reformed Church, was founded as a distinctively Christian college which sought to honor God and follow His commandments.  The motto of Calvin, my alma mater, is “My heart I offer to you, Lord, promptly and sincerely.” Those were not just empty words in generations past, but truly a call to teach students to follow Christ wholeheartedly.  Sadly, for many years now, Calvin (now a university) has betrayed and squandered that foundational spiritual heritage.  As Jehoshaphat made an alliance with idol-worshipping King Ahab, Calvin is now bowing to one of the idols of our culture – LGBT ideology.

You can read the full account of Jehoshaphat’s compromise with ungodliness in 2 Chronicles 17-20.  Yet one striking statement Jehoshaphat makes to Ahab is this: “I am as you are, my people as your people. We will be with you in the war.”  Both by words and actions, Calvin is telling those pushing the LGBT agenda, “I am as you are,” while joining forces with those seeking to undermine the authority of Scripture.  Calvin has chosen the wrong side in the war for truth.

The change didn’t happen overnight; just one compromise here and another there until the snowball grew and rolled faster and faster down the hill of apostasy.  It’s evident in their hiring choices.  For example, one professor organized a Down Syndrome drag show (he resigned after outside forces, including we at ADA, shed light on the issue); another professor has vocally advocated for abortion on demand; while another has performed a gay “marriage” ceremony of a former student.  More than 100 faculty members signed a letter in support of this professor after his position was threatened.  In 2009, Calvin faculty overwhelmingly voted against a policy that would have prohibited them from supporting homosexuality and same-sex marriage.

Calvin also hosts an LGBT student organization, Sexuality and Gender Awareness (SAGA). The group boasts that it is “a peer education group of Lesbian, Gay, Bisexual, Transgender, plus (LGBT+), and straight students who support each other and educate the campus.” The group holds yearly LGBT campus events and workshops in the dorms.  Calvin even offers a map of “gender inclusive” restrooms for transgender students.  Increasingly, Calvin gives tacit approval to the push among students and staff to advance the acceptance of LGBT lifestyles and ideology.  Our DVD entitled “A Christian College’s Slide into Confusion,” featuring Glenn Bulthuis, delves further into Calvin’s decline.  You can order it by calling us at 231-924-4050.

On paper, Calvin claims to uphold scripture and the sanctity of marriage, yet continues to affirm sinful lifestyles.   There’s a veneer of Christianity, but underneath the shiny surface is nothing more than flimsy plywood that won’t stand up against the weight brought to bear by secular forces.  The following typifies Calvin’s destructive compromise: In a 2018 interview, Calvin Chaplain Mary Hulst stated: “… I want to honor scripture, but I also honor my LGBT brothers and sisters.”  Can you imagine saying you ‘honor my adulterous brothers and sisters’?  There’s no difference.  She claims she “wants” to honor scripture, however, instead, by honoring those living in rebellion to God she’s not only denouncing the authority of God’s Word, but also legitimizing that which Romans 1 makes clear leads to alienation from God.  The truly loving thing would be to help those embracing LGBT lifestyles to see that they’re exchanging the truth about God for a lie.  Those in leadership at Calvin are failing to lovingly warn those under their guidance about the consequences of sin.  “Though they know God’s righteous decree that those who practice such things deserve to die, they not only do them but give approval to those who practice them.” (Romans 1:32) It’s not loving to affirm the sin which separates someone from God.  As James 5:19–20 says: “My brothers, if anyone among you wanders from the truth and someone brings him back, let him know that whoever brings back a sinner from his wandering will save his soul from death and will cover a multitude of sins.”

Alternatively, what impact will there be if Christians boldly and unapologetically stand for Truth?