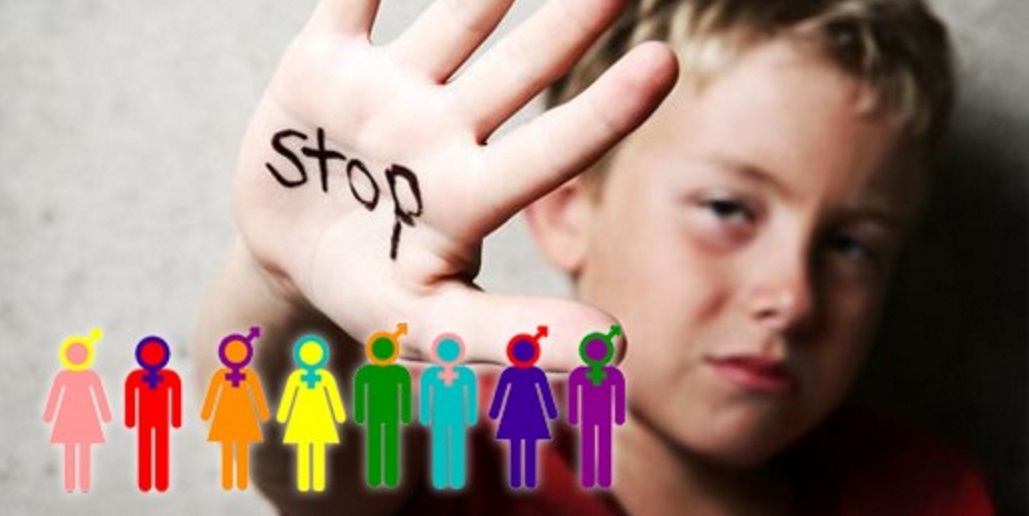 “First, do no harm.”  This has long been a part of the Hippocratic Oath of the medical profession.  Yet countless doctors are knowingly betraying that pledge in the “treatment” of gender-confused youth.

An entire generation of children are being indoctrinated in transgender ideology and many are being encouraged into pursuing a transgender identity – often by the adults in their lives who should be protecting them, not fostering a delusion.  For years the American Academy of Pediatrics (AAP) has pushed cross-sex hormones and sterilization surgery for minors struggling with their identity as they navigate puberty.  In a 2018 policy statement, the AAP labeled “watchful waiting” (the practice of holding off gender treatments to see if adolescents outgrow their confusion as most do) as a harmful form of “conversion therapy.”  What begins with “preferred pronouns” leads to puberty blocking drugs, and, as the AAP calls it – “gender-affirming care.”  But there is nothing affirming or caring about it.  “Gender-affirming care” is just a euphemism for the permanent mutilation of kids’ bodies through drugs and surgery.  The medical profession doesn’t use terms like “castrate” and “sterilization” despite the fact that that is the result of their “gender-affirming care.”

Over the last couple of days, Matt Walsh’s exposé of Vanderbilt University Medical Center in Tennessee went viral as he revealed the horrific mutilation of minors and profiteering taking place at Vanderbilt in the name of “gender-affirming care.”  Walsh revealed video of one of Vanderbilt’s leading transgender specialists bragging about how much money the hospital was making doing these surgeries on minors.  “These are huge money-makers,” she said, “up to “$100,000.”    Another video showed Vanderbilt medical professionals being warned: “If you are going to assert conscientious objection, you have to realize that that is problematic. . .  I just want you to take home that saying that you’re not going to do something because . . . of your religious beliefs, is not without consequences. . .  If you don’t want to do this kind of work, don’t work at Vanderbilt.”

As Matt Walsh points out, this is taking place all over the country.  Last month Boston Children’s Hospital also made headlines.  Boston Children’s Hospital (BCH), the highest ranked children’s hospital in the nation, touted its Center for Gender Surgery which, their website boasts, “offers gender affirmation surgery services to eligible adolescents and young adults who are ready to take this step in their journey.  It is the first center of its kind in the U.S. in a major pediatric hospital setting.”  BCH had several videos posted on their website detailing the surgeries they offer to adolescents.  After conservative journalists exposed the mutilating surgeries doctors at BCH were performing on confused youth, the videos mysteriously disappeared.

These procedures include double mastectomies for girls as young as 15, as well as “gender-affirming hysterectomies” performed for absolutely no medical reason – only to further the delusion that they can become boys.  The end result is that when these adolescents outgrow their confusion, as the vast majority eventually do, these girls will never be able to bear children.

Other “gender-affirming care” performed on teens at hospitals such as Vanderbilt and BCH include phalloplasty – a barbaric procedure which entails cutting off flesh from a girl’s forearm to fashion non-functioning “male” genitalia.  A reverse form of genital mutilation is performed on boys – called vaginoplasty.  Again, this is not “affirming” – it’s abusive and truly horrific.

The Federalist reports: The pediatric gender program director at Yale has admitted on camera she believes children as young as 2 or 3 can be eligible for medical intervention and treatment on their ‘gender journey.’

After years of leftists pushing this ideology and popularizing it among youth, we are beginning to see the utter devastation caused.  Young people who regret transitioning to a transgender lifestyle are now telling their horrifying stories.  Chloe Cole, who began transitioning from female to male at age 13, changed her mind after having a double mastectomy.  She testified before the Florida legislature, stating: “I literally lost organs.  No child should have to experience what I have.  My consent was not informed.”  Indeed, these teens, whose brains are still developing, are incapable of making an informed decision or truly understanding the lifelong ramifications of undergoing irreversible procedures that will maim them forever.  They can’t drink alcohol at 16, but it’s okay for them to take hormones and puberty-blocking drugs that cause chemical castration?  We’ve determined that seeing R-rated movies is harmful for minors, but not the permanent mutilation of their bodies?

Yet parents who don’t go along with this insanity and who act in the best interest of their children are losing custody of their children.  A professor at Children’s Mercy Hospital says not giving a child puberty blockers is a form of psychological abuse and suggests parents should be held criminally liable and the state should intervene. In California, the state did intervene and Abigail Martinez had her daughter taken by Child Protective Services because she wouldn’t allow her daughter to take testosterone and “transition” to male.  The state gave her testosterone and her daughter committed suicide while in the “care” of the state.

These children, who are being manipulated into believing that they’re transgender, are merely pawns to advance an agenda. “The ugly truth hidden behind the lying promises of ‘gender-affirming care’ is that medical transition always inflicts physical harm for no physical benefit; it damages a patient’s body, rather than healing it,” writes Nathanel Blake at the Federalist.

Doctors are knowingly inflicting harm upon adolescents who need caring and compassion – not castration. The Hippocratic Oath goes on to pledge: “I will apply, for the benefit of the sick, all measures [that] are required, avoiding those twin traps of overtreatment and therapeutic nihilism. I will remember that there is art to medicine as well as science, and that warmth, sympathy, and understanding may outweigh the surgeon’s knife or the chemist’s drug. …  Above all, I must not play at God.” Yet that is exactly what they are doing – “playing God.”

The affirmation these troubled youth need is not found in a new gender but in the identity our Heavenly Father gives us: “But now thus says the Lord, he who created you, O Jacob, he who formed you, O Israel: ‘Fear not, for I have redeemed you; I have called you by name, you are mine.’” (Isaiah 43:1)