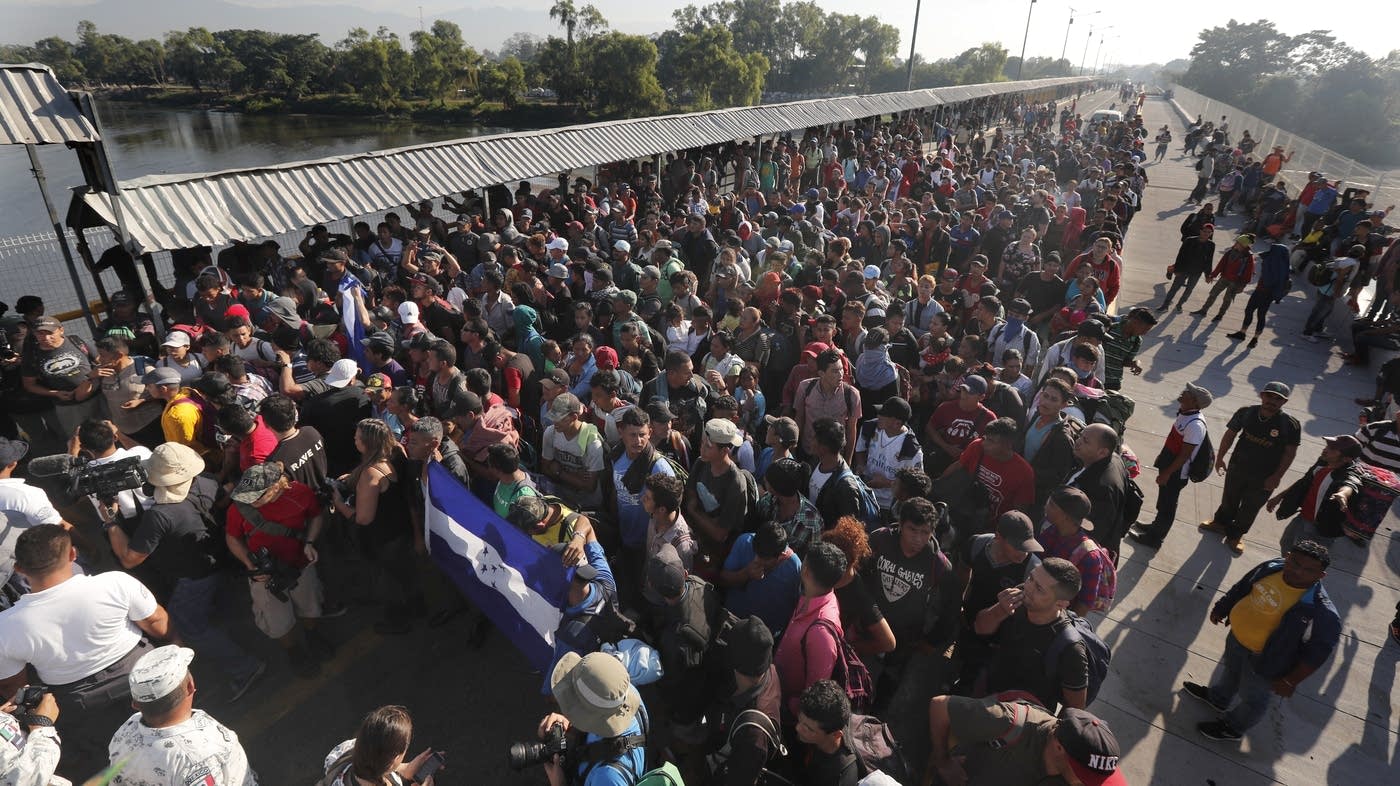 As Biden continues to extend covid restrictions, including requiring Americans to wear masks on flights and all forms of public transportation, he announced that he’ll rescind Title 42 in May – a covid restriction that applies to illegal immigrants. After Biden revoked all other Trump-era policies that had significantly deterred illegal immigration, Title 42 is the one tool remaining that border officials can use to expel illegal immigrants, due to the threat of communicable disease. Title 42 has been used to expel nearly 2 million illegals since its inception in 2020 during the Trump administration.  Once Title 42 is gone, experts warn that the current flood of illegal immigration will become a tsunami of cataclysmic proportions.

Under the Obama administration, officials stated that 1,000 illegal immigrants a day “overwhelmed” the system; currently under Joe Biden, there are 7,100 illegal immigrants apprehended every day. When Title 42 is rescinded in May, border agents warn that they will be dealing with as many as 18,000 illegals a day, and half a million every month.  Last year, in Biden’s first year in office, the U.S. saw over 2 million people entering the country illegally – that’s the equivalent of the populations of Delaware and Rhode Island combined.  Now with half a million every month – well, you can do the math.

In addition, for every known illegal border crosser, it’s estimated that there are two more who enter without being detained. If that pace of illegal immigration continues, by the end of Biden’s first term, 20% of the people in the U.S. will be here illegally, stated Texas Attorney General Ken Paxton.

With a detention system already completely overwhelmed, it’s expected that they will immediately be released within the interior of the United States.  As The Federalist reports, “Those are numbers far beyond the federal government’s ability to detain or even process. The only choice federal officials will have in that situation is to immediately release migrants they catch crossing illegally, or not detain them in the first place, rendering the border effectively lawless.”

Congress refused to spend the $15 billion to build Trump’s border wall, but the Biden administration is spending tens of billions of dollars to help Ukraine secure their border from foreign invasion.  Meanwhile the United States is being invaded by an unknown number who wish to do our nation harm; numerous individuals on the Terror Watch List have been apprehended at our southern border.  How many slipped through without being caught?

The Mexican cartels are perpetuating the sexual trafficking of women and children; violent criminals are putting U.S. citizens at risk; and illicit drugs, such as fentanyl, are flowing across the border.  In Biden’s first year in office, there was a 1,066% increase in the amount of fentanyl seized by border officials.  That’s only a fraction of what makes it in without being detected.

Fentanyl overdoses have become the #1 cause of death among U.S. adults ages 18-45 – more than covid, cancer, or car accidents.  North Carolina Craven County Sherriff Chip Hughes stated that the dramatic increase in fentanyl in the nation is the result of the lax border patrol policies under the Biden administration. “You know, we’re all now border sheriffs, having to deal with this,” he stated. “It’s frustrating because I think the border agents are hand-tied in what they can and can’t do. Enforcement is nowhere where it should be at the border and as a result, the rest of the United States is paying the price…”

And while Americans can’t afford to fill their cars with gas, the Biden administration is giving every illegal immigrant a $1,000 smart phone.  According to press secretary Jen Psaki, the phones are being handed out as a tool to track them and communicate with ICE (Immigration and Customs Enforcement) officials.  But what’s to prevent the recipient from selling or tossing the phones?  And do we really believe the Biden administration is concerned about tracking millions of illegal immigrants?  They’re more concerned about tracking you and me.

We will all feel the consequences as millions of unvetted, illegal migrants are released throughout the country.  American taxpayers are footing the bills for phones, healthcare, education, and other social services – when our nation is already overwhelmed with skyrocketing inflation.

Where are all of these people going?  No one knows, because the Biden administration doesn’t tell us.  Most are put on busses or planes with just a “notice to report” to an immigration office.  I wonder how many are doing that?

It’s all part of the Left’s plan to fundamentally transform America.  Import as many people as possible into the country illegally, who, they hope, will be future Democratic voters when Democrats ram through legislation to grant citizenship to illegal immigrants.

So what steps can be taken to protect our borders and our citizens?  PJ Media offers five solutions.  However, realistically, these won’t happen without changes in leadership; which is why electing strong, constitutional conservatives is vital.

The Federalist calls on Texas Governor Greg Abbott, and other border states, to shut down the border.  They assert that “the border crisis amounts to an ‘invasion’ under Article I, Section 10, Clause 3 of the U.S. Constitution. In the face of federal inaction … states like Texas have the authority to arrest and remove illegal immigrants, securing the border entirely with state law enforcement.”  Article 1 states:  “No State shall, without the Consent of Congress, lay any Duty of Tonnage, keep Troops, or Ships of War in time of Peace, enter into any Agreement or Compact with another State, or with a foreign Power, or engage in War, unless actually invaded, or in such imminent Danger as will not admit delay.”  With an “invasion” of half a million a month, is that not an imminent danger that will not admit delay?

As the granddaughter of (legal) immigrants, I recognize the blessing it is live in America.  We are a welcoming nation.  But it is vital to vet those who immigrate and ensure that they desire to uphold the founding values of the United States.

As those on the Left seek to undermine our national sovereignty and rule of law, pray that God will thwart their schemes.