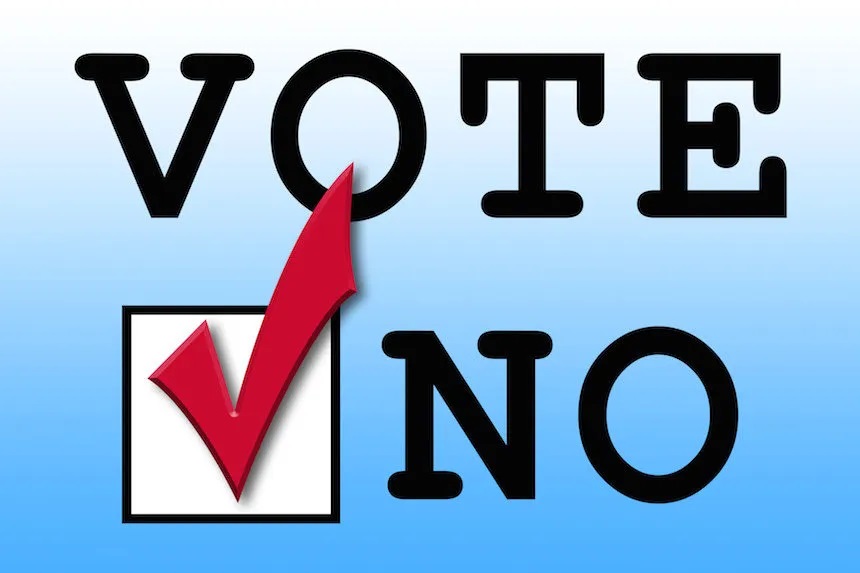 Here in Michigan, we face three concerning ballot proposals as we go to the polls November 8 – two of which are especially alarming and dangerous, permanently amending our state constitution.  Obviously, Proposal 3 is the most troubling and we, along with many others, have done our best to make Michiganders aware of the extreme ramifications of Prop 3 which would remove all restrictions on abortion through all nine months pregnancy, give minor children the right to “sterilization” (i.e. transgender hormones and surgery), while also stripping dads and moms of their parental rights. However, with the importance of getting the word out on Prop 3, little focus has been given to Proposal 2, which will make sweeping changes to Michigan election law.  If Proposal 2 passes, it’s unlikely we will ever have fair elections in the state of Michigan again.

It’s not an exaggeration to state that Proposal 2 would institutionalize voter fraud in Michigan, amending the state constitution to permanently codify Democrats’ wish list of easy-to-cheat election policies.

While polls have repeatedly shown that Americans overwhelmingly (80%) favor requiring a photo ID when voting, Proposal 2 would enshrine in Michigan’s constitution the right to vote without showing an ID.  Voters would merely have to sign an affidavit that could not be traced back to their ballot.  Because Prop 2 would amend the state constitution, it would prohibit the state legislature from ever passing voter ID laws or other measures to strengthen election integrity.

Jason Snead, executive director of the Honest Elections Project stated: “Supporters of Proposal 2 are gaslighting Michiganders by claiming the measure preserves voter ID. That’s a lie. Proposal 2 would allow voters to simply sign a piece of paper and vote without ever showing an ID.  We think people should know the truth about what they are voting on, and the supporters of Proposal 2 are misleading Michigan because they know photo ID is too popular to oppose.”

Earlier this year over 500,000 Michigan citizens signed a petition for the Michigan legislature to enact a photo ID requirement for in-person and mail-in voting.  Proposal 2 is a leftist end-run around those efforts, making it unconstitutional to enact such measures.

Under the benign name of “Promote the Vote,” Proposal 2 is written in a way to mislead voters, making voters think they are preserving voter ID when in fact passage of Prop 2 would actually mean Michiganders could never be required to show a photo ID when casting a ballot.

While Democrats claim Prop 2 doesn’t eliminate Voter ID requirements, the language of the proposal stating, “Provide voter right to verify identity with photo ID or signed statement” (emphasis added) means a photo ID could never be required – only a signature.

Another scare-tactic advertising ploy proponents of Proposal 2 are using is to make it seem as if military ballots are not currently being counted.   We at American Decency have been contacted by our supporters who have received a deceptive flyer in the mail making it sound as if Proposal 2 is protecting the military’s right to vote – which has never been threatened.  Who wouldn’t want to support the military? These advertising schemes mislead voters into thinking a vote for Proposal 2 protects military members’ right to vote.  But their right to vote was never in jeopardy.  Current Michigan law requires ballots be sent to overseas and military voters a full 45 days before the election, and ballots must be returned by 8:00 pm on election day, giving overseas voters an ample amount of time to return their ballots.  However, Proposal 2 would allow overseas ballots to be counted up to 6 days after the election, if postmarked by election day.

Five seemingly innocuous words in Proposal 2 – “allow donations to fund elections” – would allow outside, special interest groups to influence and fund Michigan elections – such as George Soros and Facebook’s Mark Zuckerberg.  In 2020, Mark Zuckerberg spent 400 million dollars to influence the presidential election.  Twenty million of that was poured into urban areas of Michigan.  This “ZuckBucks” influence-peddling has since been banned in 23 states.  However, if Proposal 2 passes, such out-of-state special interest influence wouldn’t be outlawed, rather it would be protected by this amendment to Michigan’s constitution.

Proposal 2 also makes provisions that will make elections less secure.  Under Prop 2, voters could fill out a single absentee ballot application “to vote absentee in all [future] elections,” – meaning that absentee ballots would be automatically mass mailed in perpetuity to voters. The mass mailing of ballots is the least secure form of voting.   Thousands of dead voters are still on Michigan’s voter rolls.  If ballots are automatically sent out to voters’ addresses – whether or not they’ve moved or died –it increases the likelihood of election fraud.

Proposal 2 would put the fox in charge of the henhouse by divesting local canvassing boards of their authority to conduct election audits and instead granting that power solely to Michigan’s secretary of state.  Currently that position is held by Democratic activist Jocelyn Benson.  We’ve written in the past about Benson’s efforts to undermine election integrity.

Proposal 2 would mandate that only the secretary of state “shall conduct election audits,” while prohibiting any “officer or member of the governing body of a national, state, or local political party, and no political party precinct delegate, [from having] any role in the direction, supervision, or conduct of an election audit.”  If Prop 2 passes it would deny citizens access from voting records after the election, preventing the discovery of election fraud.

Proposal 2 is a wolf in sheep’s clothing, eliminating election integrity safeguards in Michigan and helping to ensure that Democrats, by hook or by crook, will never have the reins of power pulled from their hands again.

Yet while those who scheme and foment deceit, Psalm 10 reminds that none escapes the sight and judgment of God.

“Why does the wicked renounce God and say in his heart, ‘You will not call to account’? But you do see, for you note mischief and vexation, that you may take it into your hands; to you the helpless commits himself …”  Psalm 10:13-14