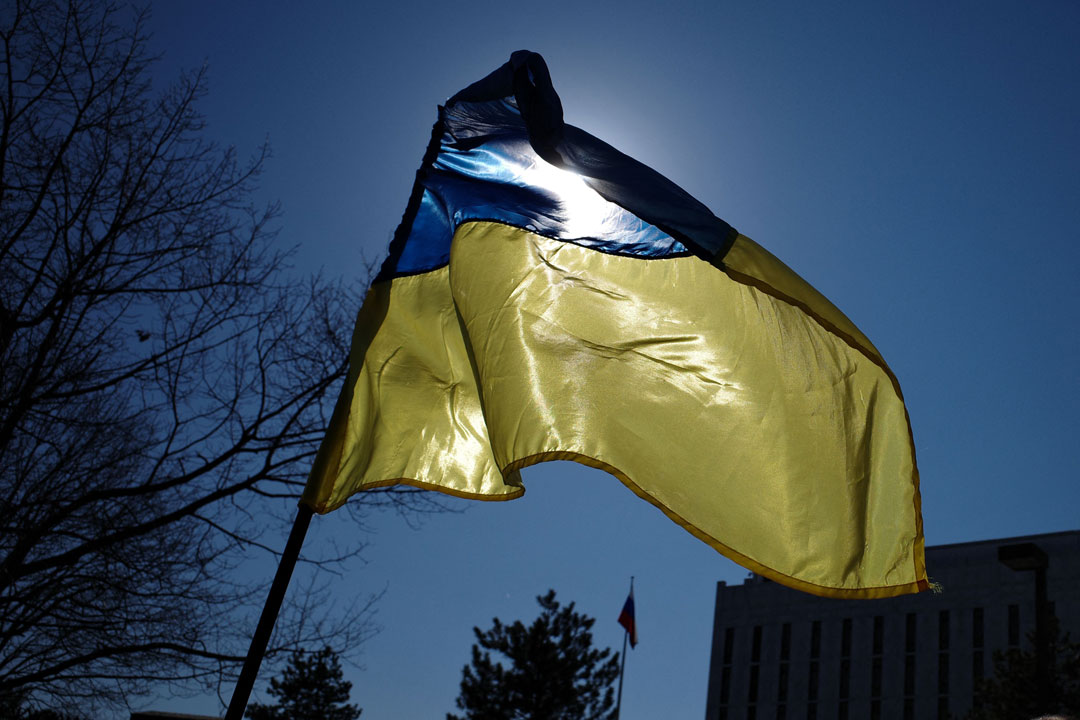 The people of Ukraine are showing immense courage in the face of an overwhelming Russian invasion. Of course, they have a great example of this courage shown to them by their president, Volodymyr Zelensky, in his response to the United States’ offer of evacuation from Kyiv, when he said, “The fight is here; I need ammunition, not a ride!” Such a response of bravery has sent a message to both Vladimir Putin and the Ukrainian people, rallying them to defend their beloved families and country. The Federalist reports, “Every day, many more older men — and many Ukrainian women — are also being issued weapons, making Molotov cocktails, and joining the fight.”

In light of these attacks and President Zelensky’s staunch refusal to give up, while also calling on the international community, much of the world has responded with support for the Ukrainian people. Let’s look at a few of these:

“The Western allies also said they would impose restrictions on Russia’s central bank to limit its ability to support the rouble and finance Putin’s war effort.

“Switzerland will adopt all the sanctions that the European Union imposed on Russian people and companies and freeze their assets, the government said in a sharp deviation from the country’s traditional neutrality.”

Even in Russia we see various groups of people standing against Putin’s actions in Ukraine and another very recent headline reads: “3 members of Russia’s parliament speak out against Putin’s invasion of Ukraine, marking a rare moment of dissent.”

Sanctions, boycotts, and Russians standing against the military actions of Putin are something; but considering the death and destruction that is being perpetrated against the Ukrainian men, women, and children, it hardly seems adequate. With nearly 40 miles of armored vehicles, tanks and towed artillery making steady progress along the war-scarred roads leading to Kyiv, our hearts should be breaking over the imminent, further destruction that is likely to take place, including the tally of more souls being shoved into eternity. Our prayers should go out to the God of heaven asking Him to raise up a military response to protect these people who long for and are willing to fight for their freedom, some of them Jews and Christians. 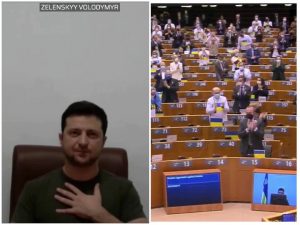 Read the following transcription (in part) of President Zelensky’s impassioned plea to the European Union today, telling EU politicians “we are sacrificing our lives for freedom.”

This morning was tragic for all of us. Two cruise missiles hit Kharkiv. … In the morning, two cruise missiles hit Freedom Square. Dozens of victims. This is the price of freedom. We want our children to live. It seems to me that this is fair. Yesterday 16 children died. And again, President Putin will say, “This is an operation, and we are beating the military infrastructure.” Where are our children? What military factories do they work at? On which rockets? Maybe they ride in tanks? You killed 16 children! We are fighting for our rights – freedom and life. And now we are fighting for survival. And this is our main motivation.

There was thunderous applause with a standing ovation as President Zelensky finished his speech asking to be part of the EU, stating that, then, “life will win over death, and light will win over darkness.” View the speech and response here.

As the war rages on we see headlines like “Ukraine Lifts Visa Requirement for Foreign Nationals Seeking to Join Its Fight Against Russia” and “Russia Issues Warning to Countries Supplying Weapons to Ukraine.” In all this we recognize that war is messy and affects more countries and people than perhaps were originally planned. After all, only God knows how things will unfold and the twists and turns that take place. 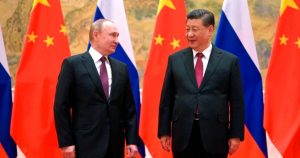 One of those possible twists that should concern Americans is the statement made by Vladimir Putin that Russia is putting its nuclear forces on high alert, claiming that this is made necessary by threats from Western nations. Such statements should move the United States to make every effort to secure our grid and to ready our military and our citizenry for the foreseeable attacks. We should recognize that Putin and China’s Xi Jinping are chummy and the potential danger that could be in our future, thanks to Putin’s powerful nuclear arms and Xi’s hand in our likely compromised grid thanks to the CCP components we’ve allowed.

Christians ought not to be fearful of these things; but being aware of them, it should help us in knowing how to pray for those in Ukraine, others around the world, and for ourselves here at home. Remembering that our God is sovereign, knows all things, and is all-powerful, we have nothing to fear; for everything that comes at us is Father-filtered. Instead, let us raise our prayers to Him with thanksgiving and praise. Let us pray imprecatory prayers that God’s will would be done, that the evil ones would fall into their own traps and that righteousness would be restored. Remembering that we are one body and that Jesus is our sacred head, let us hold one another up in prayer that each part of the body would remain faithful; let us prepare for possible hardships, willing to share with others our abundance, meager as it may be, as well as the gospel message of hope and salvation. Let us always look to heaven for our hope and our help and point others to the grace and mercy of the God who sent His only begotten Son that we might believe on Him and have everlasting life. We must live lives of obedience and holiness to God’s glory, honor, and praise, no matter the cost! That is truly a profile in courage.