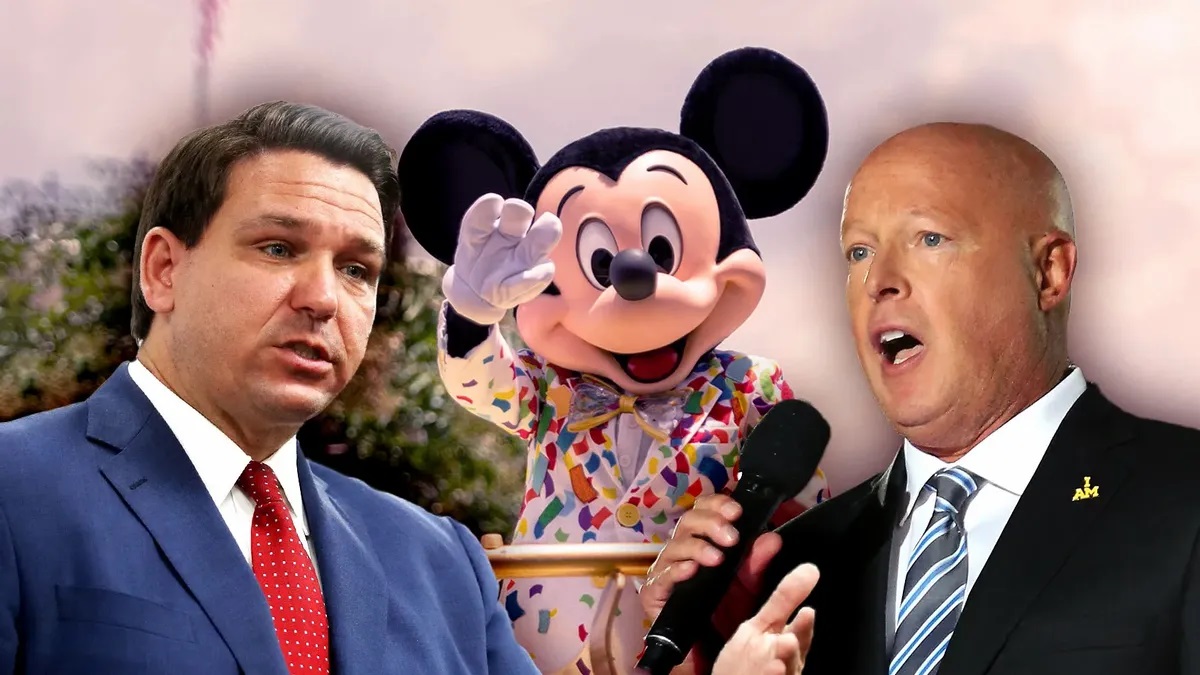 “To infinity and beyond!” – that’s how far Disney will go to indoctrinate children.   The Walt Disney Company is once again showing that, while they’re happy to rake in billions of dollars entertaining kids, they don’t care a whit about protecting them.

Yesterday, Governor Ron DeSantis signed Florida’s Parental Rights in Education bill which prohibits schools from instructing children in kindergarten – 3rd grade on any forms of sexuality, including sexual orientation and gender identity.  Polls have shown that a majority of voters support the legislation.  Nationwide, when asked whether or not they would support a law similar to Florida’s in their own state, the vast majority said they would – 74% of Republicans, 66% of non-affiliated voters, and even basically half of Democrats – 49%; that also includes majorities of every racial category – 63% of whites, 61% of black voters and 64% of other minorities.

LGBT extremists have been in a frenzy over this commonsense law protecting young children from sexualization, while leftist media engaged in a misinformation campaign, labeling it the “Don’t Say Gay” bill. Protecting the innocence of children was once something we could all agree on, but now the Left will stop at nothing to indoctrinate them.  The Biden administration slammed the bill, calling it “horrific” and Disney’s CEO tried to pressure Governor DeSantis to veto the legislation.

DeSantis didn’t bow to the pressure and instead pointed out Disney’s hypocrisy, stating: “When you have companies that have made a fortune off being family-friendly and catering to families and young kids, they should understand that parents of young kids do not want this injected into their kid’s kindergarten classroom. They do not want their first graders to be told they can choose an opposite gender.  That is not appropriate for those kids.  … You have companies, like a Disney, that are going to… criticize parents’ rights, they’re going to criticize the fact that we don’t want transgenderism in kindergarten, in first-grade classrooms.  If that’s the hill that they’re going to die on, then how do they possibly explain lining their pockets with their relationship from the Communist Party of China? Because that’s what they do, and they make a fortune, and they don’t say a word about the really brutal practices that you see over there at the hands of the CCP. So in Florida, our policies are going to be based on the best interest of Florida citizens, not on the musing of woke corporations.”

After Disney was unsuccessful in their efforts to stop this legislation, the Disney Company retaliated by re-inserting a same-sex kiss into the upcoming animated children’s movie “Lightyear,” based on the popular “Toy Story” movies.  The same-sex kiss had originally been cut from the movie, but after Leftist pushback, Disney put it back in with the goal of doing what elementary teachers in Florida are not allowed to do now – brainwash millions of kids with LGBT ideology.  As Disney CEO Bob Chapek stated, one of the “more effective ways” to implement change in the culture is through entertainment.  This is not new with Disney – they have long used children’s entertainment as a form of propaganda.

One Disney insider anonymously stated:  They want to use the company to make an end-run around parents through content creation and political pressure. They see it as their mission to rescue the next generation from their conservative parents.”  Disney, whose bread is buttered by American families, wants 5-year-olds to be taught perversion.  They’re coming after your children and grandchildren.  Is this a company worthy of your support?

Contact The Walt Disney Company and let them know you won’t support a company that pushes sexual ideology upon young children. Urge the company to return to their roots – providing wholesome entertainment for American families.