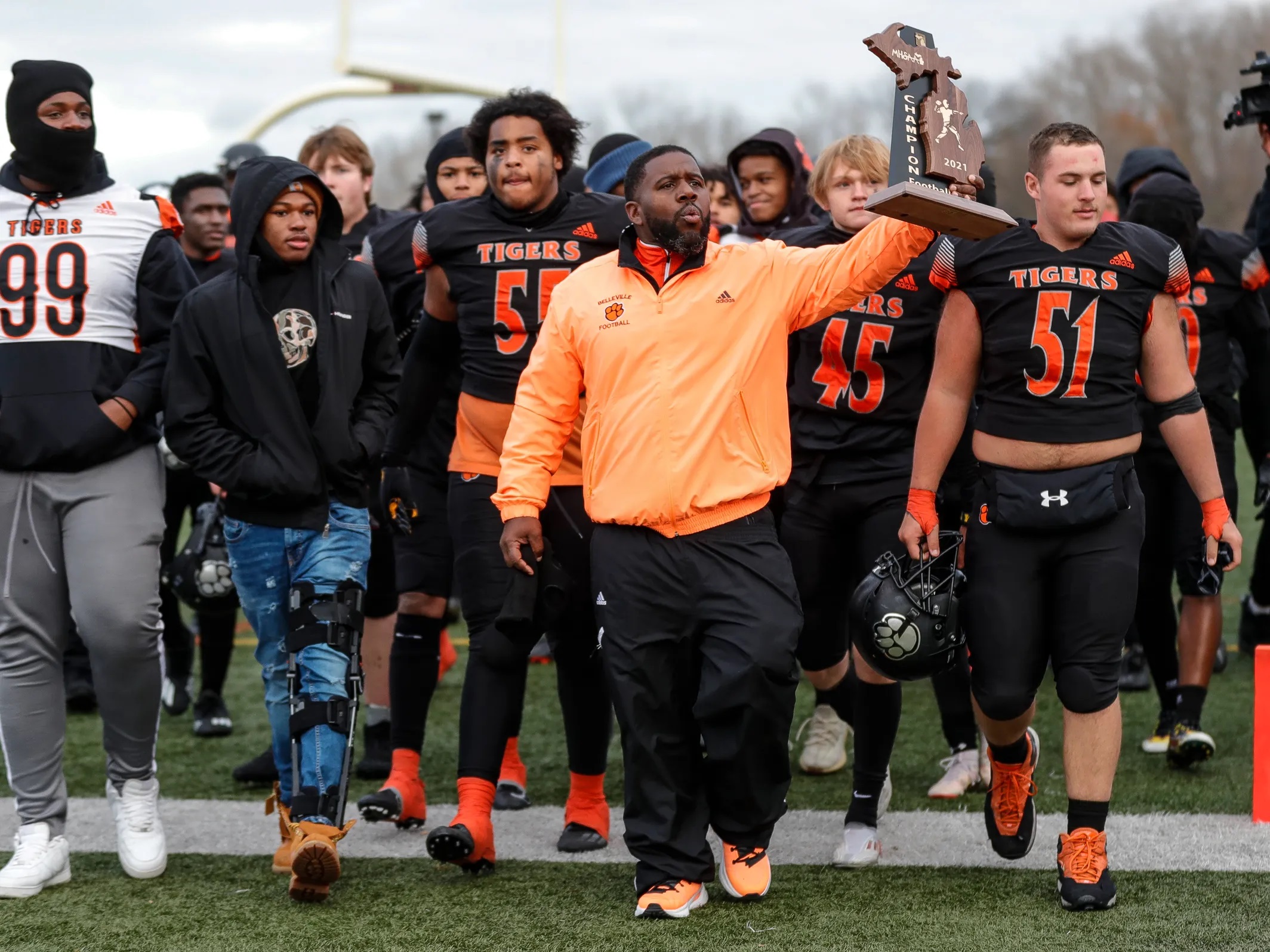 NFL and its penchant for darkness

Football is such a great game to play.  Many have memories whether starting or not on their hometown teams.   The hometown folks came out to encourage the young men as they faced off against that week’s neighboring hometown team.

I grew up in Portland, Michigan, just twenty miles to the west of the Michigan state capitol, Lansing.  Portland was then and still is a football powerhouse with a rich football tradition.

My dad took me to many high school football games growing up.  What excitement that entailed as I would watch the band form a corridor and the home team would run through the formation as the high school band would play the school’s fight song.   Such a strong and good sense of community and community support and caring.

As a freshman (1962), I could suit up for the varsity game and join in all of the pregame preparations.  That year, the Portland Red Raiders had an unbeaten streak of something like 21 games.  The 1959 team went through the whole season unbeaten and – get this – unscored upon.  https://lansingsportshalloffame.org/team/portland-high-school-football-1959/

The pregame included arriving at the school and solemnly getting our uniforms on and resting on mats laid on the floor in the gym.  We quietly thought of what was at stake and what was individually needed to give our best for a top performance.  What an impression that made upon me!  And then our head coach would point to the chalk board and point out our opening strategies.  I will always remember the sound of football cleats clicking on the pavement as we walked down past neighboring houses to the football field, with seats filling up and cars packed in and along the outside of the field as well.   Oh, it was great to be part of such football teams and traditions of caring and community support.  So much more could be said but that is not my main purpose here.

My high school coaches were good leaders in character and caring and example.  The community kept their sports in perspective but they definitely pulled for their home town team.   It built something in me that never left me.  I wanted that for my kids and grandkids – that kind of community, that kind of wholesome training, and fun.

I could write a small book on some of this.  Going through high school, Dad got us season tickets to the Michigan State University Spartans and, oh yes, he always got us into at least one game further down the road at Ann Arbor at the Big House – the University of Michigan Wolverines   Tickets were about $4.50 a piece at that time.

Being a physical education major, I could already see back then that the innocence of competitive football – at that level – was already gone:  Bubba Smith, George Webster, Jimmy Raye, Bob Apisa – those were some of the names of that period.   Recruiting was big business.  And, lest you think I’m naive – nothing like today!  There were recruiting violations back in that day.  Big Ten rule violations prohibited the Spartans from participating in the Rose Bowl in consecutive years in 1965-66.

So it is no surprise that the NFL has long ago become what it is today.   When former quarterback Colin Kaepernick saw fit to bring attention to himself and politicize sports he contributed mightily to the degrading of the national sport of football.  You’ll readily recall that he set the stage for himself and then hundreds (thousands of others – even in some high schools) to kneel during the national anthem at the start of NFL football games in protest of supposed police brutality and racial inequality in the United States.   And, the NFL commissioner and the NFL didn’t have the moral backbone to stop this travesty.

The stage was set by Kaepernick’s kneeling – one man began to use his position as an NFL quarterback to protest his point of view.   It has also energized untold numbers of athletes and “artists” to showcase their anti-America, anti-family and anti-God mentality and politics.   Wonder why millions of us have left watching anything related to the NFL, Superbowl, half-time show or regular season games long ago?  The biggest wonderment is why millions more haven’t.

“They have sown wheat and have reaped thorns; they have tired themselves out but profit nothing.  They shall be ashamed of their harvests because of the fierce anger of the Lord.” ~ Jeremiah 12:13