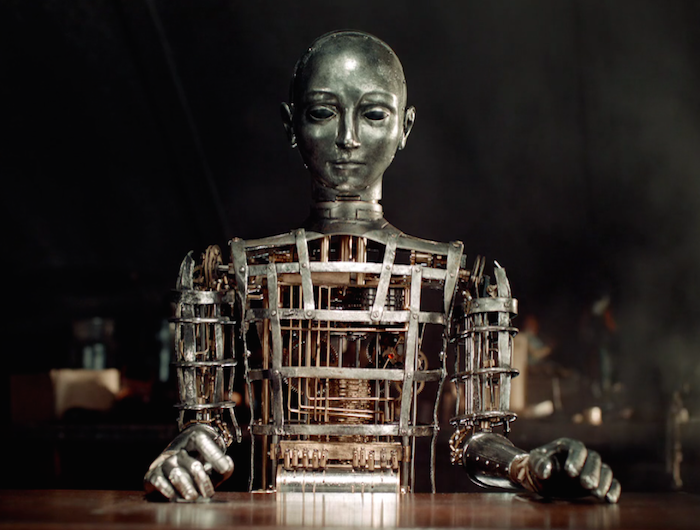 Of the Biblical doctrines that the church has failed to teach in the last hundred years or so, the one most sorely missed in today’s culture is the recognition of the universal dignity of man, based on the revelation from Genesis that mankind is created in the Image of God. Human life is uniquely valuable because each of us, individually, are reflections of our Creator.

It is no accident that issues relating to the meaning and purpose of what it means to be human have been the primary battleground of the “culture wars” since the rejection of the Christian vision in the Enlightenment period.

What we see now all around us in the self-righteous offensives of the radical left – the insistence on using preferred pronouns, the rejection of traditional gender roles, the drag queen story hours, the trend of identifying as “queer,” the classification of abortion as “healthcare,” even the looting of private business and law enforcement’s decision not to prosecute such offenses, are the result of a gaping sinkhole where the foundation for universal respect of the Image of God in individual humans ought to be.

This sinkhole first opened up when Jean Jacques Rousseau’s philosophy rejecting a Divine origin for a morality based on an individual’s un-tempered emotions gained popularity in the 1700s.

Yet, when our nation’s founders declared independence from Great Britain, they still held the assumptions of human morality handed down to them from the Christian academics of the Middle ages. This vision is clearly reflected in the Declaration of Independence: “that all men are created equal, that they are endowed by their Creator with certain unalienable Rights…”

Even in this carefully crafted document, though, we can see the crack at which liberalism has pried to separate us from those rights. They are not founded in the permanence of God’s Word according to the Declaration, but in their “self-evidence.” And much of today’s society no longer finds these basic human rights so obvious.

This is made clear in the way that one judge who attended the most prestigious law schools and rose through the court system to be respected enough to be selected for the highest court in the nation, Justice Sonia Sotomayor, speaks of humanity in the recent hearing regarding vaccine mandates: “What’s the difference between this and telling employers, where sparks are flying in the workplace, your workers have to wear a mask? …Why is the human being not like a machine if it’s spewing a virus…?”

The doctrine of Imago Dei gives no ground for such a question. The advent of this virus does not mean we now look at our fellow humans as dangerous machines rather than rational, intelligent, and creative beings with unalienable rights, capable of analyzing evidence and drawing their own conclusions.

This contrast of visions for humanity, morality, and how we look at and treat each other draws attention to the dramatic loss our culture has experienced from a weak church neglecting to teach important doctrines like this – opting to rub out lines of contention between Biblical teaching and popular culture rather than drawing bold lines of differentiation saying, “God told us to do things differently.”

In reading Deuteronomy, my attention was drawn to a passage that had not stood out to me before. After Moses reminds the children of Abraham of the Ten Commandments in Deuteronomy 5, he concludes the chapter by telling them why He gave them the law: “…that you may live, and that it may go well with you, and that you may live long in the land that you shall possess.” This is the effect of God’s people living according to God’s law. A couple of verses into Deuteronomy 6 he adds, “that you may multiply greatly.”

This is not an individual promise, but a conditional promise to God’s people as a nation, but then Moses gives this warning, “When the LORD your God brings you into the land that He swore to your fathers…– with great and good cities that you did not build, and houses full of all good things that you did not fill… – and when you eat and are full, then take care lest you forget the Lord, who brought you out of the land of Egypt, out of the house of slavery. It is the LORD your God you shall fear…”

It strikes me that that is the position we are in now. We are not Israel coming into Canaan, but we have inherited the most advanced and the most prosperous society that the world has ever known, and most of it we have not built ourselves. We have succumbed to the same temptations of prosperity of which Moses warned Israel: “Take care lest you forget the Lord…”

This is perhaps most evident in how we have stopped recognizing the Image of God in ourselves and our fellow man. The LGBT movement’s central tenant is the right to remake ourselves in our own image. One of the foundational arguments for abortion rights is rejecting the humanity of preborn infants, if not accepting it and denying that their humanity even matters. And this argument by Justice Sotomayor lays bare the central issue of conflict regarding the Covid-19 response. It has always been about recognizing the self-evident rights we have as individuals made in the Image of God. If the right to decide what drugs you are injected with is not self-evident, nothing is.