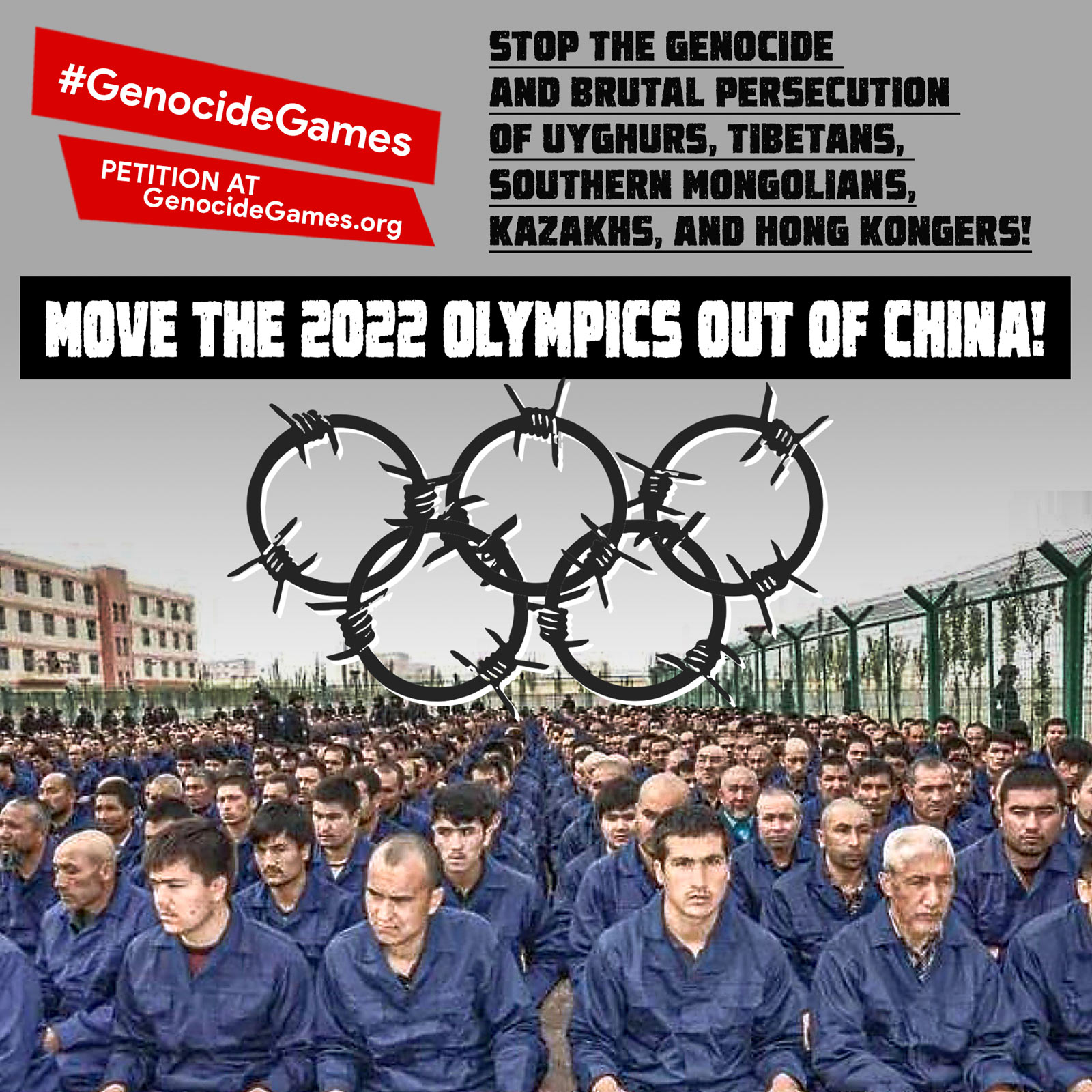 #Genocide Games NOT the Real Olympics

I am saddened by the Olympics before it has even started.  Why do I say that?  There are many reasons.  First, let me refresh the memories of elderly ones like myself and then say a word primarily for the younger, who don’t have the recollections that some of us older still have of those more innocent days.

I recall the Olympics of 1960.  I don’t mean the actual details but actually 1960ish.  Back in those days there were few commercial breaks.  There was a sense of national pride exhibited by the USA athletes; not just a few but the full entourage.  Yet, there was gracious appreciation shown for athletes from other countries – sometimes delving into a look at the obstacles they had to overcome to make it to the heights of the Olympics.  They were heartrending, beautiful stories.  And, then, of course, there was the ever-present competition with the Soviet Union – who was leading in the race for whether the U.S. or the Soviet Union won the most golds and the most medals. Were there security issues?  Sure but not like the massive dangers of today!  Particularly with the Olympics taking place in Communist China!

On the above link, I turn your attention to Al Moehler’s Briefing from yesterday (02.03.22)
It is important for you to have serious understanding regarding Communist China and the Olympics.

Part I China, Covid, the Winter Olympics, and the Surveillance State — Totalitarianism Tightens its Grip

Part II The Ratchet Effect and a Warning: When Government Claims New Powers, It Almost Never Gives Them Back

Part III The Bureaucracy Always Wins: How Covid Has Served as an Catalyst For Growth in Government Size and Spending

In a triumph for tyranny, the world’s nations will be honoring and legitimating today the genocidal Chinese Communist Party. No good can come of the Genocide Games in Beijing.

Not since Hitler hosted the 1936 Summer Olympics in Berlin has the “international community” provided a bigger propaganda windfall for so monstrous a regime. Just as the effect then was an emboldened megalomaniac and mass murder at his hands, Chinese dictator Xi Jinping is sure to feel the way clear to intensify with impunity his domestic oppression and foreign aggression.

The very least we can do is deny the CCP – and its enablers like broadcaster NBC – the global audience they seek by refusing to watch the Genocide Games. Join us in turning off these odious Olympics at #GenocideGames.org

Lastly, there is great concern for the athletes and spectators as they travel to China with their cell phones, that they are either clueless or ignoring the threats of China’s aggressive data collection that will penetrate their phones (facial recognition information, ids, etc.). And as they return home that they will be tagged and followed for the days to come.

I close with a repeat of Gaffney’s counsel.

The very least we can do is deny the CCP – and its enablers like broadcaster NBC – the global audience they seek by refusing to watch the Genocide Games. Join us in turning off these odious Olympics at #GenocideGames.org