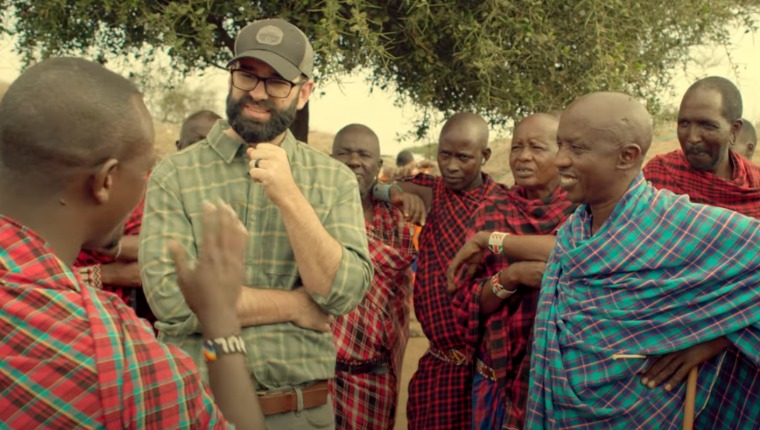 Find Clarity on What is a Woman?

In June we showed “What is a Woman,” Matt Walsh’s latest documentary. The response of those in attendance was very passionate. Some were very upset, and rightfully so, over what the schools and this administrative regime has done to the minds and bodies of this nation’s children. Several offered to help spread the word or even help in the showing of this film again. Here we are, showing it again. I invite you to join us for the showing of “What is a Woman?” this Thursday (September 15) at 7 PM, hosted by the American Decency Association (203 E. Main St.). I urge you to let others know!

George Orwell said it very well; “During times of universal deceit, telling the truth becomes a revolutionary act.” That’s exactly what I would call Matt Walsh’s latest documentary, “a revolutionary act.” Come join the revolution by watching this film, learning how to effectively wield the weapon of truth. Remember, weapons are used for both offense and defense. Truth is meant to protect us (defensive) and to attack deception and lies (offensive). Watching Matt use truth as an offensive weapon without being offensive is something from which we can all learn.

When you join us for the film, or watch the trailer, you’ll see Matt interview a tribe from what many might call a “primitive” or “backward” people; yet, strangely enough, they’re able to know what a woman is and find it odd that Americans can’t wrap their mind around such a simple concept. When we realize that God created and defined what a woman was from the beginning and when we recognize that the Creator has put such concepts within us so that we would inherently know such truth, it’s not difficult to understand that these tribal men adamantly know what the Left struggles to grasp – what a woman is!

With so many today trying to enter the United States one might find the trailer’s ending odd. Matt asks these natives, “Based on what I’m saying, would you ever want to move to America?” Amidst the laughter of these men, the answer was a resounding, “No, never.”

It’s interesting to watch so many people from so many varying disciplines trying to NOT answer the question “what is a woman,” all the while feeling confident that they’ve given an answer – using circular reasoning. It would be laughable if it weren’t so sad, sinful, and a serious problem that affects our society. It’s hurting our children on many levels, particularly spiritually, and harming a large swathe of our young as they find doctors who will mutilate their young bodies and many others who will give them puberty blocking drugs and cross-gendered hormones. All of these things have detrimental and, in some cases, devastating effects. Yesterday’s email addresses this well.

This is a war against our children, culture, and country; but, at its core, it’s a war against God. It’s a war that’s being financed and propagandized by our own government, the State. As Hitler’s Minister of Propaganda, Joseph Goebbels admitted, when a lie is being used to prop up the State or being used by the State to deceive its people, “the truth is the greatest enemy of the State.”

“What is a Woman?” plainly reveals the ludicrousness of the Left and should be seen far and wide; we urge you to pass this along on social media or to your email contacts, inviting others to view this important attack on deception. Matt Walsh gives the Leftists enough rope to hang themselves and shows us how to do likewise by sticking to the question and using the power of silence, listening to the one being interviewed fill that dreaded void. Join us NEXT Thursday, September 15 at 7 PM at the American Decency building. Urge family and friends to join you, learn together, and leave wielding the truth as the weapon of protection and weapon of “attack” it’s meant to be.

Let us pray for God to remove the “confusion of face” that runs rampant in our country, even as Daniel did in chapter 9 of the book that bears his name. We can share truth but only God can change the heart; so remember that “we do not our supplications before thee (God) for our righteousnesses, but for thy (God’s) great mercies.” (v. 18).