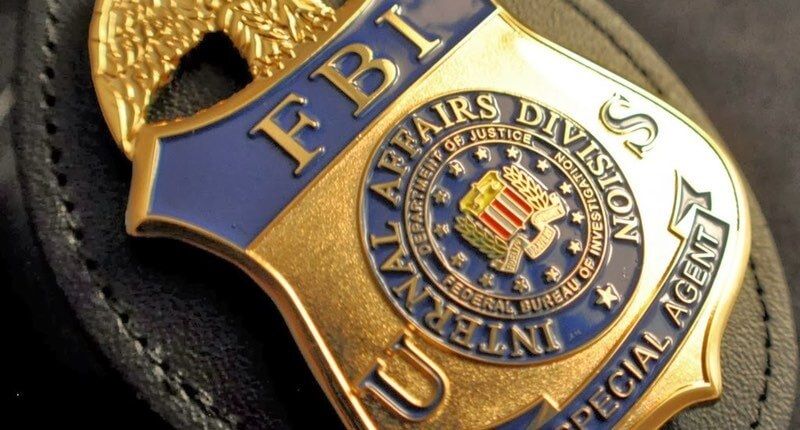 FBI: The Fearful Bureau of Imagination

At one time the FBI was seen as the protector of Americans and the illustrious American way; it was synonymous with the name J. Edgar Hoover who promised: “Justice has nothing to do with expediency. It has nothing to do with temporary standards. It cannot and will not permit the FBI to be used to superimpose the aims of those who would sacrifice the very foundations on which our government rests. … (The FBI) will continue to maintain its high and impartial standards of investigation despite the hostile opinions of its detractors. Furthermore, the FBI will continue to be objective in its investigations and will stay within the bounds of its authorized jurisdiction regardless of pressure groups which seek to use the FBI to attain their own selfish aims to the detriment of our people as a whole.”

This is no longer the case as Americans have witnessed a bold and brash Bureau that seems to think it can act with impunity, behaving as politicized guard dogs which have been let off their constitutional leash to do the bidding of their Democrat masters. Some have likened them (Department of Justice and FBI) to Germany’s Gestapo, which may be closer to truth than to illustrative purposes as they attack political opponents and those commoners who do not kowtow to their party line. Regardless, we have an unrecognizable America that is showing us the scary truth behind that meme which pictures President Trump stating, “In reality they’re not after me, they’re after you. I’m just in the way.” As we watch things unravel, it would seem that leftist globalists in this administration are colluding with various worldwide entities to “seek to use the FBI to attain their own selfish aims to the detriment of our people as a whole.” Or as historian Victor Davis Hanson put it, “The FBI has become dangerous to Americans and an existential threat to their democracy and rule of law.”

In so limited a space as here, I can’t draw the lines explicitly to show how the FBI has fallen Far Beneath Integrity, performing much wrong-doing in weaving together a scenario which lassoed in Adam Fox and Barry Croft Jr. who were recently “found guilty” of conspiring in 2020 to kidnap Michigan Democrat Governor Gretchen Whitmer. So I urge our readers to go to https://www.foxnews.com/media/tucker-carlson-reason-publics-confidence-fbi-plummeted and listen to or read Tucker Carlson’s report on this extensive undertaking by the FBI, both in this debacle as well as pointing to its possible involvement with the January 6 “insurrection.”

The aforementioned only adds to a growing list of partisan attacks, particularly against Donald Trump – before, during, and after his presidency while notable Democrats like the Bidens, Clintons, et al, are handled very differently. Whether we consider pre-election wire tapping, Russia-gate and its $32 million dollar price tag with zero evidence of collusion, impeachment, or any of a host of politicized attacks, including the recent FBI raid on Trump’s Mar-a-Lago home, it must be deemed reprehensible and unacceptable by an American public that may find themselves in like situations. Recognizing the double standard that’s being played out before our very eyes, civil rights attorney Alan Dershowitz told the Epoch Times, “Right now, the pendulum is swinging against the Constitution, against free speech. If I had to put a symbol on the Justice Department, it would be, ‘Due process for me but not for thee. Free speech for me but not for thee. Equal protection for me but not for thee.’” Also stating, “If it can happen to Trump, it can happen to anybody in the United States.”

The Heritage Foundation’s president, Kevin Roberts, had this to say about the Mar-a-Lago raid. It “represents yet another example of the federal government weaponizing law enforcement to punish political enemies, silence critics, and send a message to those whom it views as enemies.” He’s also stated, “The timing is suspect at best, given the upcoming elections and the Senate’s passage of a bill that would authorize the hiring of 87,000 new IRS agents, who will be unleashed to target working and middle-class Americans in order to fund the left’s radical agenda.”

With all that’s in this newsletter, it would be easy to lose our peace. Take David’s counsel – “What time I am afraid, I will trust in thee.” Start there! Then follow Gorka’s personal and Hoover’s national advice.

“It’s very simple. Stand up for the truth. Never, never, never, censor yourself…one man telling the truth can lead to the collapse of the dictatorial regime.” (Gorka)

Hoover’s solution for his day is appropriate for ours: “We must return to the teachings of God if we are to cure this sickness… Without law and order society will destroy itself…We badly need a moral reawakening in every home in our nation. The voices of temperance, logic, and emergency must speak out. Terrorism cannot be tolerated in a free society. Hate, terror, and lawlessness are not the American way. … “We are courting disaster if we do not soon take some positive action against the growing moral deterioration in this land. …Today, patriotism seems to be going out of style. When man places himself above the law and bases his decisions on his own selfish interests, he aids the communist’s relentless effort to destroy the ideals of our civilization. He contributes heavily to reducing life to the code of the jungle by making it easier for communism to spread its deadly doctrines and its terror and the brutalization of man…America stands at the crossroads of destiny. It is a common destiny in which we shall all finally stand or fall together.”