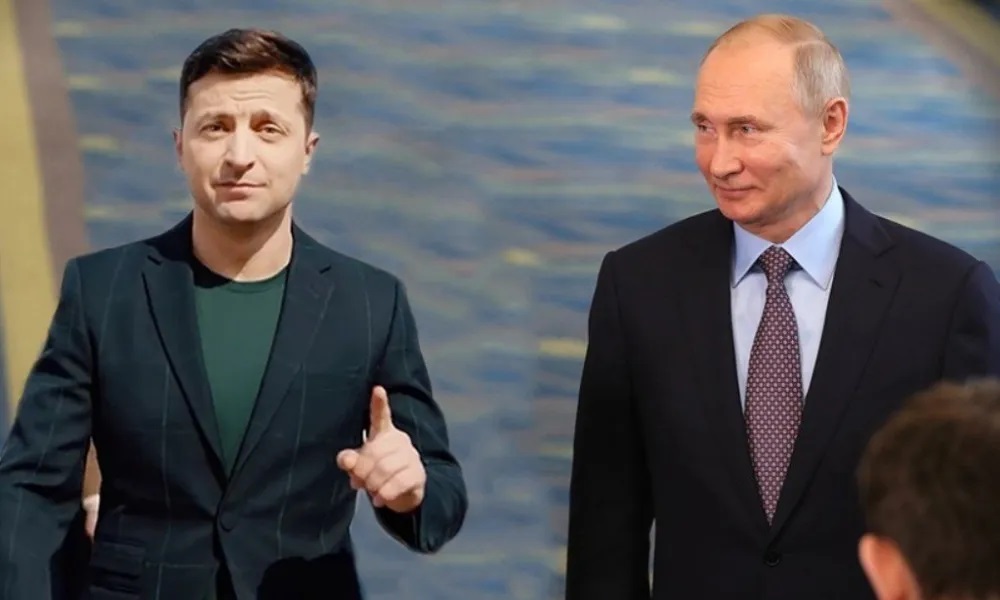 As Simple as it Sounds?

The average American did not know this. We had no idea that Vladimir Putin might want to claim Georgia or why, and upon hearing, “that’s just what Russians do,” most people carried on with their lives, having seen Sylvester Stallone movies and thus recognizing the veracity of this statement. The Russo-Georgian War lasted a matter of days, and by the following week the world had moved on with, at most, uneasy feelings about the Putin fellow.

In 2014, a Russian assault on Crimea followed the same formula, with little international backlash other than a UN referendum. There were no Crimean or Georgian flags next to profile pictures and no bumper stickers. If it showed up on the evening news, no one felt guilty about using the opportunity to get up and get a drink.

Now, Russia is taking the same action in Ukraine. I want to make something clear here. I have church family native to Ukraine, with relatives still there who they are in communication with and who they are very worried about. I hope not to be misunderstood as cheapening the suffering of Ukrainian refugees and those who are fighting for their homeland. At a church picnic last summer, I listened to the stories of the father who only speaks his native Ukrainian, relayed through his accented daughter, of his parents’ struggle for survival as courageous Christians under the thumb of the Soviet Union. There are strong Christians there, including many whose faith is seasoned by suffering under the old regime of the nation attacking them even now.

But, this is 2022. This is (hopefully) post-Covid, post “Trump-Russia collusion”, post 2020 presidential election, post-Trudeau tyranny etc. In other words, we’ve seen how the cogs in the narrative machine fit together to crank out the allowed opinions, but by now when their product drops in our hands we should know enough to at least ask, “why?”

Why are we being worked into such a froth this time? Again, to be clear – I think we should care about the lives being ended and upended, but why does the narrative machine want us to care? The fact is that not everything fits nicely into the hero-does-good-because-he’s-good/villain-does-bad-because-he’s-bad casting of Zelensky/Putin.

Any conspiracy theories have the same vulnerability as the mainstream narrative: there’s no way of knowing what’s true anymore. Very few people out there are trying to tell the truth; most are trying to sell a narrative, and they all think they’re doing it with everyone’s best interests in mind. Even World Economic Forum (WEF) mastermind Klaus Schwab thinks he’s doing what’s best for humanity.

Have you heard of the WEF, the international organization which coined the phrase, “The Great Reset,” (founder Klaus Schwab literally wrote the book on it) and predicted that within a few decades you’ll “own nothing and be happy?” The WEF started to get attention as Canadian Prime Minister Trudeau flexed his emergency powers against the Canadian trucker protests, because the woman in charge of freezing protestors’ bank accounts was a WEF lackey. As is Justin Trudeau and as is Volodymyr Zelenskyy, who has presented at the infamous Davos conference and received funding from WEF and early in his political career announced Trudeau to be one of the reasons he got into politics.

Another angle that conflicts with the simple good vs. bad narrative is the matter of the U.S. funded Ukranian biological research facilities, which existence was first denied by our government, before it was admitted that they were funding research, not into bio-weapons, but into defense against bio-weapons. Many around the world have been skeptical of such labs in China, including a predominant theory of such labs as the origin of the Covid-19 virus, and it might be expecting too much for Russia to trust that even a bio-weapons “defense” lab funded by its main geo-political rival, has a completely benign influence on the region, not to mention the threat of further NATO expansion on their borders.

Which brings us to the issue of corruption. An article recently published in TheNationalPulse. details the involvement of one of the avenues of American funding to these biolabs: a firm ostensibly run by Hunter Biden and John Kerry’s stepson, Christopher Heinz. Hunter was also infamously sought out and paid $1 million a year (until 2 months after his father left office of Vice President when it was cut in half) to be on the board of the Ukrainian Oil company, Burisma, despite all lack of experience in the industry. While the Federal investigation into the President’s son’s as-yet-unproven corruption is ongoing, the Ukrainian legal system is a hotbed for such activity. In 2015, TheGuardian.com called it “The most corrupt nation in Europe, explaining that: “Officials from the general prosecutor’s office, who were interviewed by Reuters, claimed that between 2010 and 2014, officials were stealing a fifth of the country’s national output every year. This behaviour has infected all sectors of Ukrainian society.”

Again, no matter how corrupt Ukrainian elite or their president may be, no matter whether Russia felt it had reasons for concern for their security, the loss of life and livelihoods by the Ukrainian people is a tragedy. We ought to pray for them and support them and care for them!

But when we know that our leaders and their mouthpieces have no moral compass, sadly we cannot assume that their intentions are pure. Pray for safety for Ukrainians, particularly our many Christian brothers and sisters there. Pray also that we would someday be able to trust our own government’s motives again.