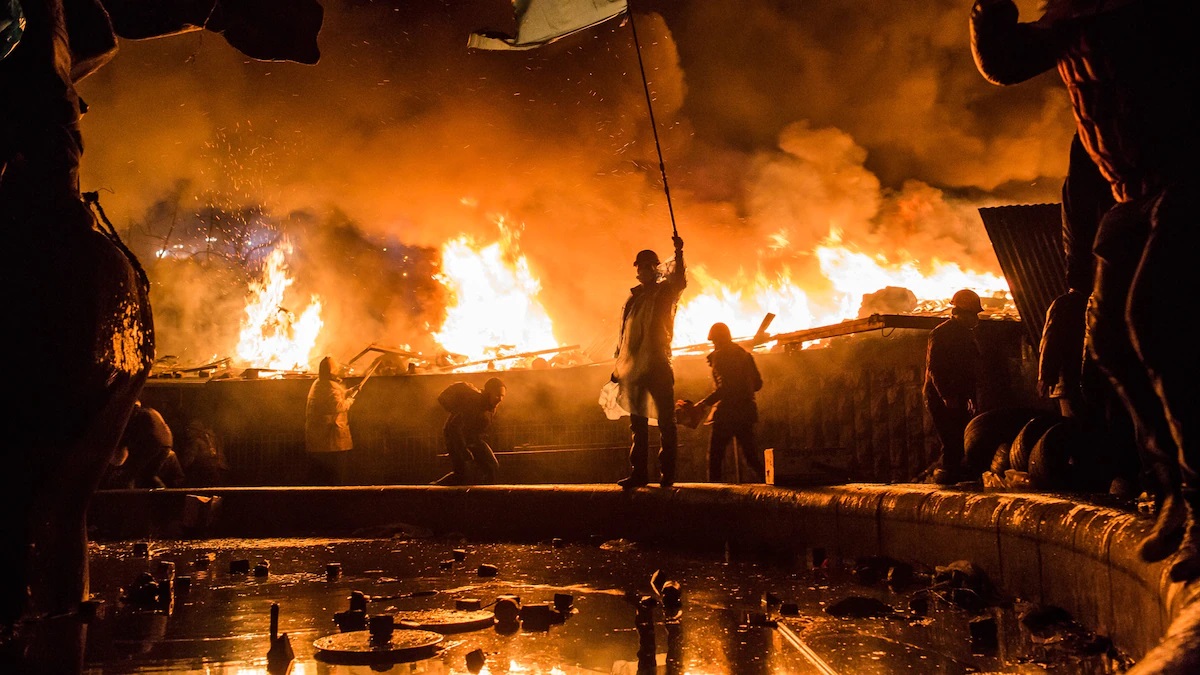 As the bombs go off and missiles fall and buildings collapse, there is no respecter of human life; children and the aged are wantonly maimed and/or killed.  We watch in great despair – numbed by its devastation and its massive implications that may include similar suffering here.

Our minds are drawn to Nazi Germany, to Hitler – and how the train cars carried helpless, hopeless Jews off to concentration camps, even as the nations became aware and day after day rolled by and nothing was done for too long.

Putin and Russia advance and the peoples of the world collectively lament and know that this must be stopped.  We recognize that the sanctions being levied are vital but they are not going to be enough to stop the needless killing of a people, a nation that didn’t incite this godless assault upon their lives.  We see their boldness and the boldness of their leader and we know that as it stands it seems as if only a matter of time and Ukrainian President Zelensky will be killed and then over a short period of time Ukraine will become a puppet state and Putin will have conquered Ukraine; this brave, beleaguered nation.  Putin will prop up his own leader. And, he will roll on and on!

Our hearts cry out for freedom as we hear Ukraine plea for American help.  America – the last great hope for humankind.  Yet our America, too, is now recognized as under the hand of a leader, an administration that is compromised by communism and Communist China.

Many are looking for a deeper perspective from an expert on communism, as its growing in influence over the last numbers of years – it’s an AGENDA.

Read this carefully!  And pass it on – as it is a perspective that is not being heard much – YET.

I turn now to words I heard this week from Trevor Loudon (in an interview with Sandy Rios on American Family Radio (03.01.22).  Trevor  is considered one of the top minds on understanding the depth of the infiltration of America by communism and a clear headed predictor of where we are headed without a nation or a leader who will rise up – by God’s amazing grace. 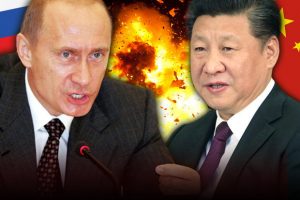 Here is the link to the interview at the 19:33 minute mark
https://afr.net/podcasts/sandy-rios-in-the-morning/2022/march/cpac22-interviews-with-jack-posobiec-david-tice-trevor-loudon-and-peter-schweizer/

I think this is one of the turning points in world history because the Ukraine is part of the west and America under Clinton, (the year was 1994) Ukraine had 1900 nuclear weapons. Clinton persuaded Ukraine to give those all back to Russia on the guarantee of American protection against Russian aggression and that protection is not happening. And NATO is on the verge of destruction – which is really what this is all about… [and the condition that Ukraine not be given membership into NATO availing them protection as the members pledge to defend one another if an attack is launched upon any given member as an attack upon themselves. –  But, American protection is not happening. American is not living up to it pledge from 1994].

If the Ukraine is lost Europe will almost certainly be lost – we’re talking the Baltic states.  We’re talking about the Balkan states.  Their aim is all of Europe.

This whole thing is about changing the world balance of power in favor of Russia and China.  …. Russia and China are partners.  They have been since at least 2001 when they joined together in the Shanghai Corporation organization which is a military, political, economic alliance – when they held the world’s largest ever military exercise together outside of St. Petersburg a couple of years ago.  Russia and China are both aiming to bring America down. Ukraine is just the first step. If we think it’s just the Ukraine, we are delusional.

They have hit squads out there in the Ukraine seeking out leaders. They aim to decapitate the Ukraine, install a puppet president then move on to the next conquest; probably the Baltic states first, the Balkan States, but Poland absolutely.

Biden gave the green light to Putin.  One of the most damaging characters in this whole scenario has been Tucker Carlson. Tucker Carlson the conservative hero has been parroting Russian propaganda for several weeks on his TV shows.  (offering comments as) ‘we shouldn’t care about the Ukraine.  Ukraine is corrupt. It’s part of Russia’s orbit; sphere of influence.’ It’s pure Russian propaganda. … What he’s done here is disgraceful. He’s made it very hard for conservatives to rally in support of the Ukraine.

Look, if we had an ironclad agreement with Ukraine to defend them from Russian aggression – every American ally, especially after the Afghanistan debacle, so all those people who supported America in Afghanistan were betrayed to the Taliban. That’s a big signal. Now the Ukraine which has a guarantee of American protection is going to be betrayed to the Russians.  What are the French going to do? What are the Italians going to do? What are the Turks going to do?  Everybody is going to be looking to America. Okay Putin’s running things now.  America’s a second-rate power. We better start changing our allegiances. 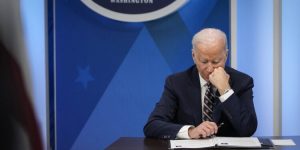 But you’ve got to realize the three greatest military powers in the world – United States, Russia and China – are all run by socialists. Putin is still the same communist that he always was.  Zi jing Ping is a communist.  Biden has an extreme left-wing background going back decades, especially on foreign policy. He was Russia’s best friend in the U.S. Senate in the ‘70s.  He opposed Reagan when Reagan was trying to stop communism in Latin America. It was him, John Kerry (who I call Jane Fonda with less testosterone), and Ted Kennedy – the three left wing opponents of Reagan in the Senate. And now we’re supposed to think he’s some kind of moderate who’s going to protect us from the Russians?