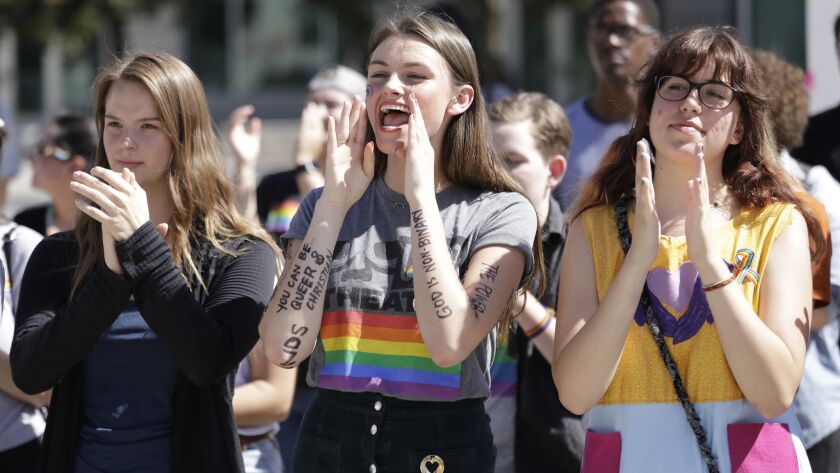 A Vaccination Against Ever Taking Christianity Seriously

Not too long ago, I was talking with a local businessman. In discussing the trends of the world, he mentioned he had noticed a change in his daughter after she had spent several semesters at a state university.

The man is a conservative who’s been an example for his children of industriousness and self-governance, and yet he’d noticed and lamented that, from her time at school, his daughter was beginning to think differently – following more trendy, liberal ideals. She’s a good kid, he said, but that’s not how we raised her.

Many Christian parents are wary of this possibility as they consider the options for furthering their young adult children’s education and preparing them for independence in a wicked world.

Education debates are raging all around the country as parents hear examples of the anti-Christian nonsense the last generation has been taught in K-12 schools. However, most of us would assume that if they survived through their high-school years with their faith intact, when we send our kids off to a college with a rich Christian history and perhaps even our own alma maters, their professors will share our goal of helping their young minds to follow in the ways of the Lord.

Sadly, this is most often an ignorant and errant assumption, as you will see from examples from schools like Calvin University and Baylor University below.

Most recently, the well-known Texas Baptist school Baylor University officially chartered an LGBTQ student group called Prism, while still attempting to officially maintain their Statement on Human Sexuality. President of the Council on Biblical Manhood and Womanhood Denny Burk made these comments: “It is clear from this statement that Baylor’s new student group has not only affirmed LGBTQ+ identities, it has also tumbled headlong down the woke rabbit hole. Their goal of helping students embrace their “intersectional identities” signals that Prism intends to be in the leftist “social justice” mainstream. Prism’s constitution says nothing about fidelity to Christian truth or to the Bible at all. It is a woke manifesto if there ever were one.”

Burk goes on to say, in regards to still officially holding to Biblical sexuality, “Some people call this having their cake and eating it too. I call it a failure of basic integrity. If Baylor wishes to be a Christian university, it cannot affirm LGBTQ+ identities in any way. Sexual immorality and denial of God’s design in creation are not compatible with following Christ. You cannot serve both Christ and sexual immorality. You have to choose. But Baylor’s board apparently thinks they can have both. They are wrong. If you split the baby, you kill it. And that’s what Baylor has done to its Christian identity.”

Conservative author Rod Dreher reacted to this news from Baylor by sharing some of his own correspondence with a professor at a university he declines to name, but calls “a big one.” The professor’s account is unbelievable and you will see in the quote below why Dreher opts to keep his friend anonymous: “I was in conversation with three professors, all of whom said that it would be professional suicide to speak in class about what the Bible and the school’s religious tradition teaches on LGBT sexuality. I told them they must be exaggerating. Oh no, they said, it’s serious. One prof who is involved in Title IX compliance on campus said there are lots of cases around the country of non-tenured professors losing their jobs or otherwise suffering severe professional sanction just for presenting arguments against gay sex, even neutrally, as part of theological or philosophical discussions. It’s no joke. In this same conversation, a professor said a student came to his office hours and asked him what he thought of homosexuality. “I was sweating bullets,” he said, and talked about how he gave a noncommittal answer.

“Think of it: at a Christian university, a nontenured professor is terrified to say what he really believes — that is, in the teaching of the Bible and his denomination — about homosexuality, for fear that he will lose his job and destroy his career (because no school wants to hire a bigot). And these professors are watching these kids drown in hedonism and nihilism, and can’t throw them a lifeline, because the one non-negotiable on campus is sexual freedom, and to deny that in any way, even in principle, is an assault on the personhood of the student, as far as the university is concerned.

“This is our world now.”

For us in West Michigan, we don’t have to look to universities all the way across the country or anonymous institutions. We’re in the backyard of some of the biggest evangelical colleges and universities in the country.

Take Calvin University, the flagship institution of the Christian Reformed Church in America, whose professors have organized Downs Syndrome drag shows (he resigned), performed homosexual marriage ceremonies, and argued for legal abortion as a potential Christian position. Calvin has hosted LGBTQ fundraising events and their campus now features bathrooms catering to sexual confusion. All this is just the tip of the iceberg at Calvin.

Calvin University’s biggest rival, the Reformed Church in America’s Hope College, meanwhile in 2019 opted to no longer hold to their Position Statement On Human Sexuality which held that, “This biblical witness calls us to a life of chastity among the unmarried and the sanctity of marriage between a man and a woman,” and that “…Hope College will not recognize or support campus groups whose aim … is to promote a vision of human sexuality that is contrary to this understanding of biblical teaching.”  Interestingly enough, Hope’s first officially LGBTQ student club was also a “Prism” group.

Fast forward to March of 2022, and the college began a lecture series titled: “Affirming LGBTQ+ Students,” hosted by the Center for Diversity and Inclusion at Hope College. Check out the bio for their first lecturer: “Rev. M Barclay (they/them) has lived in the intersection of Christianity and queer-trans life. Their non-profit, enfleshed, creates and provides resources for spiritual nourishment to reduce harm, transform justice and develop strategy. M comes from a deep southern fundamentalist faith background. From their website: “M loves the opportunity to share and discuss and experience together these complicated human journeys.”  M’s background includes: hospital chaplaincy, working with youth, organizing faith, over a decade of LGBTQIA advocacy, and other forms of justice work.

Note the distorted grammar to accommodate this person’s “preferred pronoun.”

No denomination or faith tradition is immune from the temptation to conform to cultural standards. We could continue to note example after example of moral and ideological chaos at respected “conservative institutions,” including and in some ways, especially, the Southern Baptist Convention.

Rod Dreher recounted this conversation with a professor he talked to, “One of the profs there told me it made him sick how the school’s recruiters banked on the desire of parents that their kids go to a Christian university, when in fact at best the school serves as a vaccination against ever taking Christianity seriously…”

Parents, it’s your job to teach your kids to take their faith seriously and if they’re considering attending certain colleges, you need to know, that’s going to take a lot of work.

Don’t pay to have your kids taught lies. Know where they’re going, know what they’ll be taught, prepare them for it, help them find a solid church to attend while they’re there, encourage them to stay in touch with their home church community and pray that God upholds them in their faith!