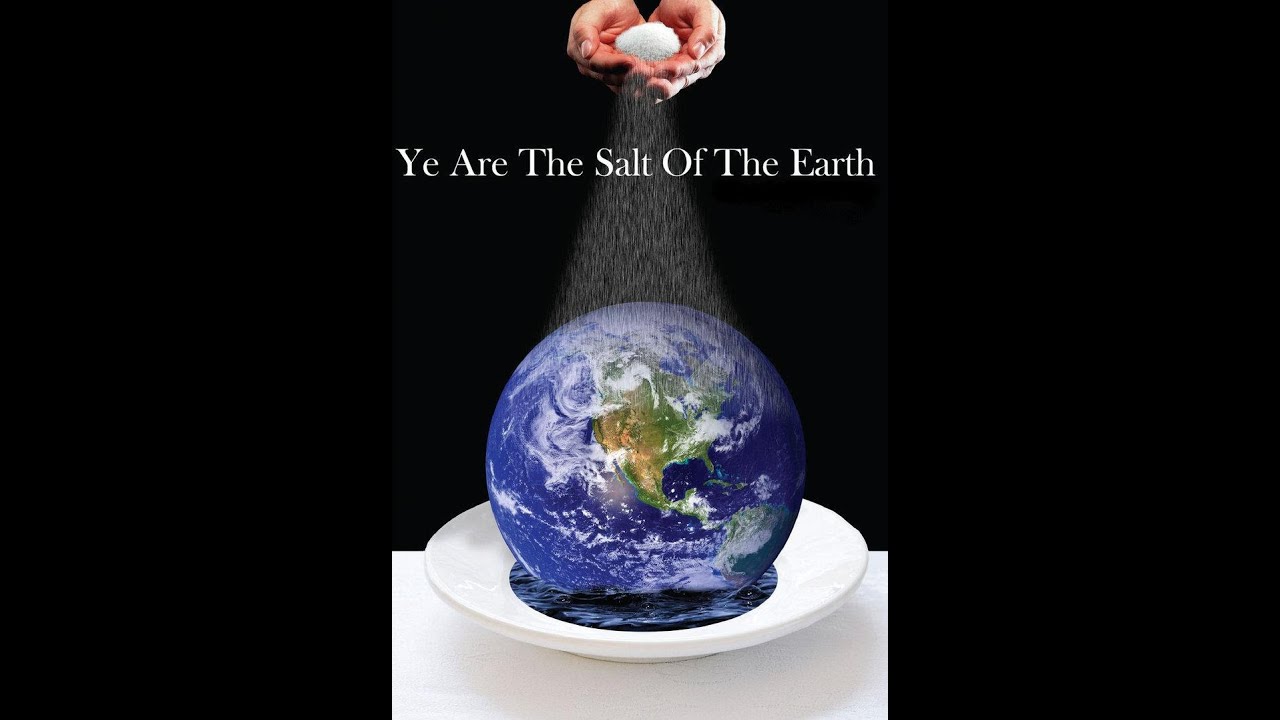 I recently read an account about a man, who as a boy, lived during the Great Depression. In those days there wasn’t refrigeration and if meat was to be kept it had to be heavily salted or it would rot. His mother would cut up a gutted pig and he was responsible for making sure it was well salted.

There came a day when special company was coming over for supper; so, he and his mother went out to the smokehouse and he took down the largest ham hanging from the rafters. When his mother’s butcher knife penetrated the beautiful, large ham he had two thoughts that went through his mind at the same time. First was the frown on his mother’s face and the other was that he was smelling the worst odor he had ever encountered. The ham had rotted and was full of maggots. His mother simply said, “Son, not enough salt.”

As we recognize the decay and stench that pervades much of our society today, we need to remember that there are still many good people from all walks of life who are still kind and willing to lend a helping hand. We need only to see groups and individuals responding to disasters like the recent devastation left in the wake of tornadoes in Kentucky or the offer of roadside assistance to one whose car isn’t working as it should to recognize this truth. So then, the question begs to be asked, “Why the disconnect? Why is our society and culture crumbling and rotting?” Perhaps the answer is, “Son, not enough salt.”

Jesus, speaking to His disciples in the Sermon on the Mount (Matthew 5-7), said, “Ye are the salt of the earth; but if the salt have lost his savour, wherewith shall it be salted? it is thenceforth good for nothing, but to be cast out, and to be trodden under foot of men. (5:13)” Christian, we are to be salt and light (v.14) in this corruption-filled, maggot-infested, darkening world.

That takes more than kindness and niceties; it’s giving grace to those who show no grace and sharing the gospel truth with them. It’s the Holy Spirit within you that makes you salty; it’s the gospel of Jesus Christ that has transformed you from corruption to life, from maggot-ridden to a new and living creature, and from darkness to light. The world needs to see that you are different and they need to know why. I’m asking you, as one of our recent speakers asked his audience, “When’s the last time you shared your faith? We should be doing so daily!”

Even if one supports a salt and light ministry (like the American Decency Association), he/she should still be spreading salt where they themselves travel. Darkness cannot reign where Light shines and maggots cannot survive where the salt of holiness rules. Spirit-filled individuals are meant to make a difference.

I went to the funeral of a friend last week; he was one who made a difference. He was a grand example of supporting salt/light ministries and sharing the gospel personally. It was told how, wherever he went, he handed out a green tract which presented the gospel and he would speak into people’s lives. His salt had NOT lost its savour and his light was NOT hidden under a bushel. This ministry, I, and many others are greatly saddened by his passing, and feel the loss; but, he is basking in the Light of his Savior and worshiping the God who had saved him from his sin. He finished well. I couldn’t be happier for him.

Another thing to keep in mind is that Jesus’ exhortations to being salt and light were given in the context of persecution. Sharing salt in the brokenness that surrounds us will either bring healing or persecution. As Christian ministries and individuals come under attack for Christ’s sake, for righteousness’ sake, we are called to rejoice and to continue being salt and light to a dark and dying world (Matt. 5:10-12). Blessedness, not bitterness, must define us. May the love of Christ constrain us to announce like the angels of old, “Glory to God in the highest, and on earth peace, good will toward men;” and move us to “Follow peace with all men, and holiness, without which no man shall see the Lord.”

Be extra salty this season! Believers need no excuse to share the gospel; but, if you’re one who isn’t used to sharing their faith, Christmas offers us an opportunity to do so. For the believer, nothing should be more natural than talking about Jesus at Christmas time and His coming to save His people from their sins. Instead of “Son, not enough salt,” I want to hear, “Well done.”