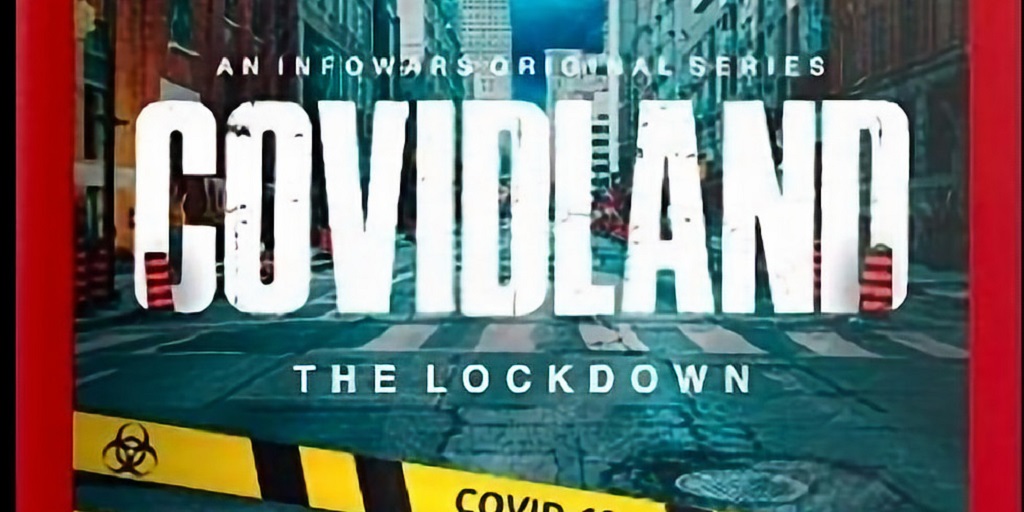 COVIDLAND: The Lockdownis the first of five documentaries produced by Stand Up Michigan and is very well done. The second episode, to be released shortly, will be dealing with masking. This important 94 minute documentary, COVIDLAND episode one, can be purchased for $25 by contacting American Decency at 231-924-4050 or kimberly@americandecency.org.  It can also be viewed here for free. With the rapidity that truth is being expunged from the internet, I would still suggest purchasing this DVD.

More than a run of the mill documentary, COVIDLAND evokes a great many emotions within the viewer as it shed lights upon the many deceptions that have been perpetuated not only on Americans, but on the whole world. This is an important film and should be watched far and wide. It uses both common sense and science in exposing the great deceptions surrounding the COVID-19 “pandemic,” particularly regarding the reporting of the virus itself, lockdowns, social distancing, testing, the financial aspects, and even speaks a little to what we can do.

I urge you to get this documentary, view it, and share it with others. It’s important for people to know this information so that they’re starting to think critically and are less likely to succumb to blind compliance when future attempts of these and other false measures are forced upon us by a government that manipulates its people with fear. After all, the global elite are using scare tactics to fast-track their global agenda; and the sheeple of every continent are falling into the fold.

COVIDLAND well sets the stage with an interview clip with G. Edward Griffin. Keep these words in mind as you view this film. “There’s no question that fear is probably the most powerful force that drives human action; it overrides any rational thought. If you think you’re going to die, nothing else matters, you’re focused totally on how you’re going to survive. That’s important to keep in mind because fear can be generated by a false narrative. … So if you want to control people’s activity, and even their thoughts, today, all you have to do is scare them. It doesn’t make too much difference whether the threat you use to scare them is real or fabricated as long as they believe it’s real. That’s all that’s important.”

What are a few of the things exposed in this well-done documentary?

*A complicit media reports of “hospital warzones” crammed full of sick and dying COVID victims. Yet people who show up at these warzones prove these reports to be false.

*Taxpayers funding field hospitals, many of which served ZERO patients.

*While the government and the CDC reported soaring numbers of COVID deaths, 96% of those had at least 2 other serious co-morbidities. The question is did they die FROM coronavirus or did they die WITH coronavirus?

*Healthcare professionals were coached to inflate COVID deaths and COVID has been incentivized.

*PCR testing and its misuse. “Scientists say 380 trillion viruses live inside us.” These tests are only accurate from 7 to 10 cycles but these testing facilities are running these tests at 45 cycles. On top of all this, the one who invented PCR testing says that the tests should never be used to diagnose disease.

*Asymptomatic carriers? Is there such a thing?

*COVID as economic warfare. “Unscientific lockdowns proved to be a lucrative business model for the global elite, expanding their wealth by $5 trillion dollars and adding one new billionaire every 17 hours throughout the year. Meanwhile, the World Bank says that as many as 124 million people went into ‘extreme poverty,’ the first time to increase in decades.” (Back of the DVD case)

*Lockdowns, social distancing, and mandates are alienating us from our own community so we can be controlled by the state.

This film even addresses loved ones in nursing homes not being able to see their loved ones.

In closing out the film, the viewer is urged to start rebuilding our society from the bottom up by making connections with like-minded individuals; to turn off the MSM news and media and start researching, reading, and looking for the science; to refuse testing; and to refuse future lockdowns.

The makers of this DVD also care about the souls of those who view this film. After the credits is included a very short gospel presentation. The pastor from Liberty Baptist Church shared the truth about sin and the truth about the gospel of Jesus Christ.

We urge you; do your best to make this information known to friends, family, and church.Whether others are uninformed, misinformed, or willfully ignorant, it’s vital that they see and hear the truth. Change often doesn’t come overnight, but instead by small increments of “aha” moments.Order COVIDLAND episode 1 for $25 by calling American Decency at 231-924-4050 or email kimberly@americandecency.org.